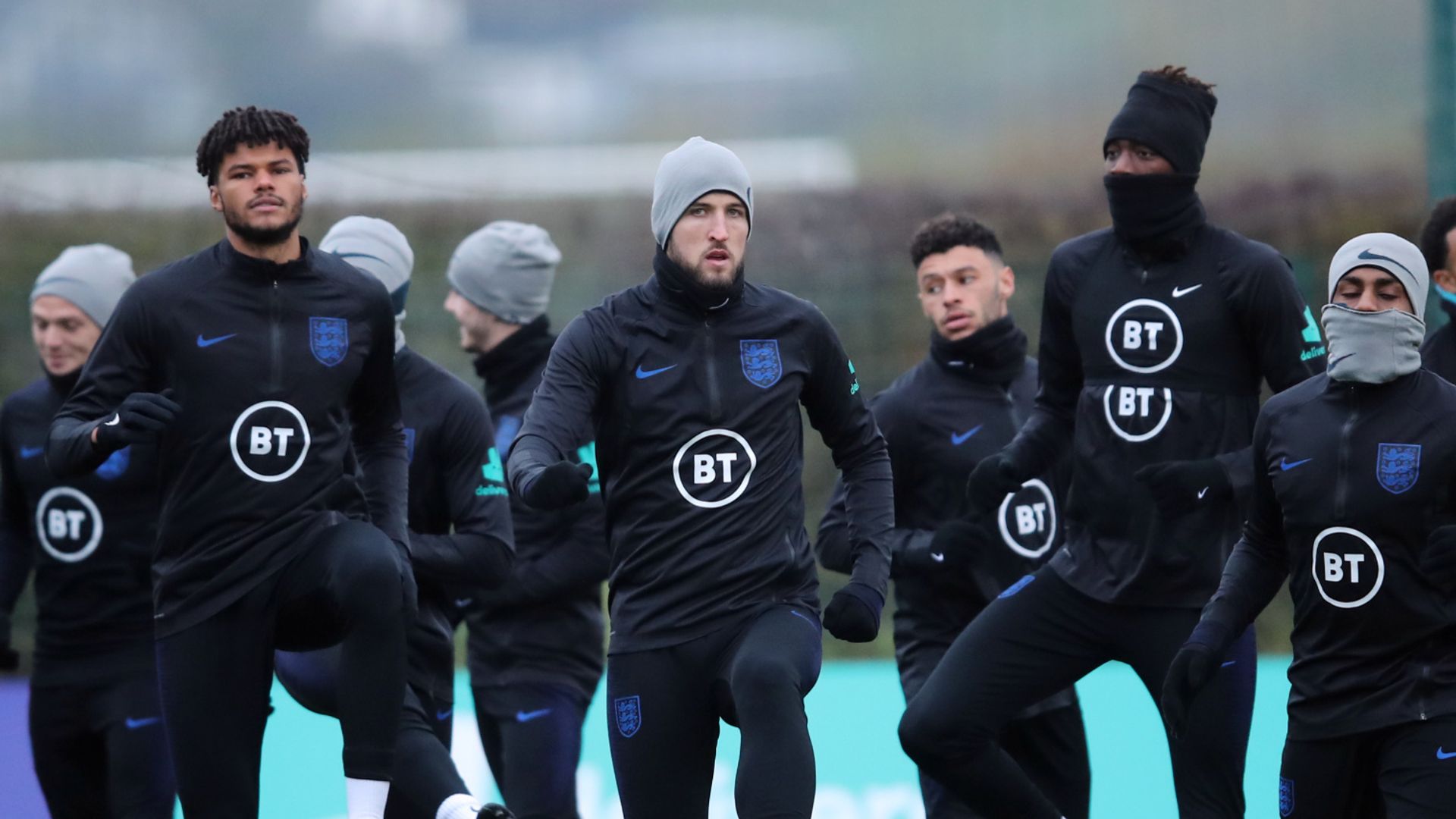 Harry Kane and a number of other senior England players have held a meeting with the entire squad at St George’s Park to discuss the importance of discipline after a number of recent high-profile lapses.

Tammy Abraham, Jadon Sancho and Ben Chilwell remain absent from the England camp after they breached coronavirus regulations by attending a party at Abraham’s London flat on Saturday night.

That incident came after Mason Greenwood and Phil Foden were sent home from Iceland for breaching quarantine rules inside the team hotel.

Gareth Southgate is said to be furious about the latest breach, and in his welcome meeting with the players on Monday, spoke about what is expected of them when they are high-profile England players.

England’s senior leadership group, led by captain Kane, organised a separate team meeting to remind the younger members of the squad about their responsibilities.

They were warned on social media activity, being in the spotlight and observing strict rules in and around the camp while on England duty.

Southgate has always emphasised to the players their importance as role models, and he has stressed this time how they can set an example to the rest of the nation in difficult times.

It is thought he has become increasingly angry that five of his players in the last month have now fallen foul of coronavirus rules.

England U21 boss Aidy Boothroyd has said his Young Lions are constantly reminded about their responsibilities, amid breaches of discipline in the senior squad.

They face a Euro 2021 qualifier in Andorra on Wednesday and Boothroyd believes his squad understand they are constantly in the spotlight.

He said: “We’re regularly talking to the players about it. They are not just good players, it’s important they become role models and know they have responsibilities. We’re forever talking about that because it’s important.

“We’ve all been young and got things wrong, it’s part of growing up and part of becoming a well-rounded individual.

“As kids, you want to be England internationals and they look up to these players. We make it very clear what it means to represent your country and wear the Three Lions.”