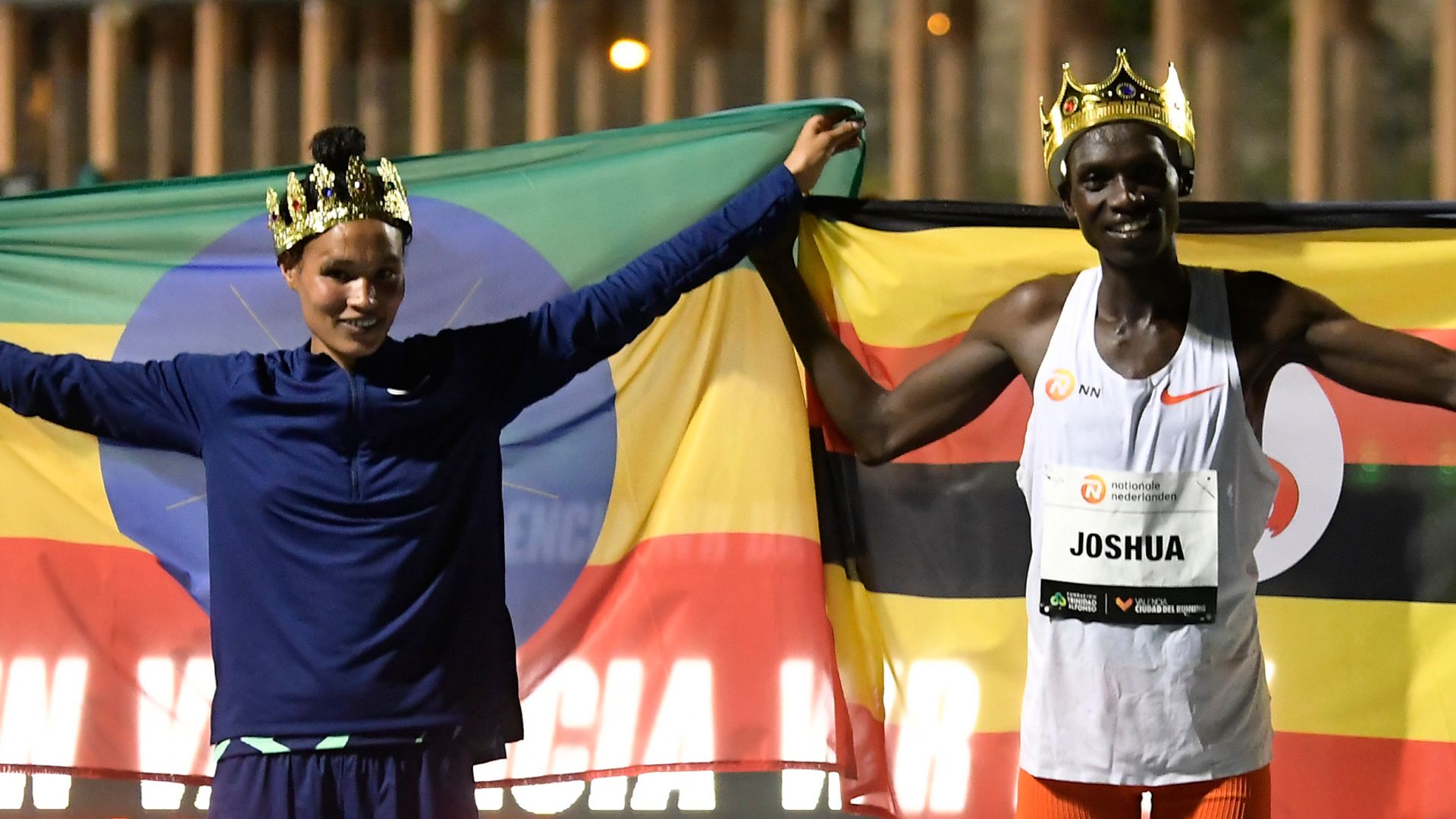 World champion Joshua Cheptegei broke the world record in the men’s 10,000m on Wednesday shortly after Ethiopia’s Letesenbet Gidey had set a new mark in the women’s 5,000m in Valencia.

At the event, dubbed World Record Day, the two runners used the help of pacers and a specially designed lighting system along the track to successfully break the two long-standing marks.

Cheptegei crossed the line in 26 minutes, 11 seconds to break Kenenisa Bekele’s mark, set in Brussels in 2005, by more than six seconds.

Gideys time of 14 minutes 6.62 seconds was almost five seconds better than the previous record set by fellow Ethiopian Tirunesh Dibaba in Oslo in 2008.

They were both helped by the wavelight pacing technology, with lights streaming along the track to show the pace of the previous record.