Villa is highly rated by the WBO but he’s not yet rated in the top ten by TBRB or Ring and it’s anyone’s guess how ready he is for this one. It doesn’t appear he has the pop to hurt Navarrete but that doesn’t mean he can’t find the motor. This card will also feature one of the best middleweight prospects in the game in 20-year old Lorenzo Simpson (8-0, 5 KO). Simpson has size, skill, and power and his bandwagon could fill up early. 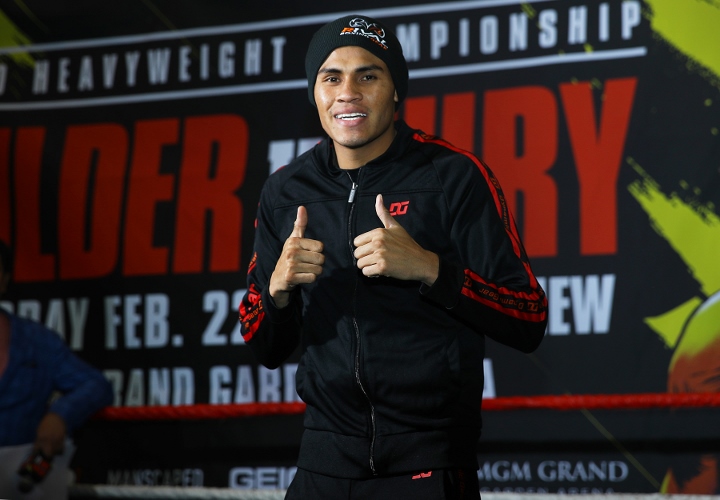 It’s a mid-week special on Showtime highlighting three undefeated talents with an eye on future contention. In the main event, 22-year old Jr. middleweight and 2016 Olympian Charles Conwell (12-0, 9 KO) battles Wendy Toussaint (12-0, 5 KO). Also on the card, intriguing 21-year old welterweight Brandun Lee (19-0, 17 KO) faces Jimmy Williams. Williams is 0-2-1 in his last three and has been stopped once. Also, 21-year old Janelson Bocachica (15-0, 10 KO) squares off with Nicklaus Flaz (9-1, 7 KO). Flaz has never been stopped and has won four in a row with three straight stoppages.

It’s a lunch rush of adrenaline at lightweight. 27-year old Kazakh Viktor Kotochigov (12-0, 5 KO) is fighting for a WBC secondary strap, a chance to move along in their ratings, against Maxi Hughes (21-5-2, 4 KO). Hughes has won two straight but been stopped twice in the past.

Technically, midnight on Friday is Saturday and 23-year old bantamweight Saul Sanchez (13-1, 7 KO) will find Saturday alright for fighting. Sanchez took his first loss two fights ago by split decision but still has time to grow. 30-year old opponent Daniel Lozano (15-9-1, 11 KO) is 0-5-1 in his last six and has been stopped four times in his career.