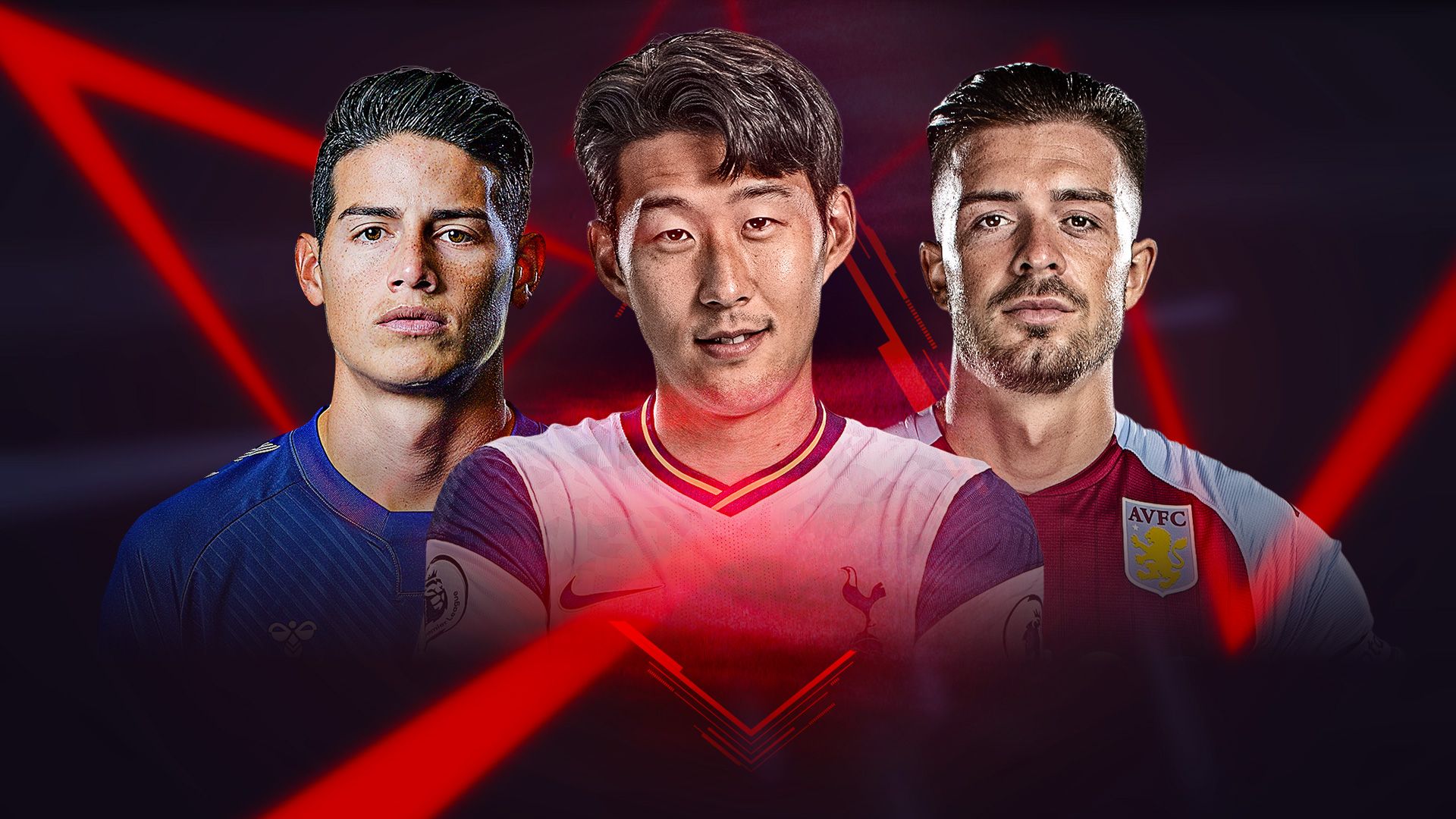 Sky Sports and Budweiser, official partner of the Premier League and King of Beers, have teamed up to bring you the weekly Power Rankings.

Tottenham forward Heung-Min Son has topped the form chart for the second time this season after recovering from a hamstring injury to start and score twice in the spectacular 6-1 win over Manchester United.

Harry Kane (No 5) showed lightning-fast vision to set Son on his way for Spurs’ second goal, taking a quick free-kick to pave a path to goal – his fifth assist for Son this season – before netting two of his own during the rout.

As if that result wasn’t shocking enough, Aston Villa proceeded to thrash Liverpool 7-2, with captain Jack Grealish scoring twice to soar into runner-up spot – despite playing only three games so far.

Unsurprisingly, the England midfielder was joined by a couple of team-mates among the top 10, with Ollie Watkins (No 6) netting a hat-trick to open his Premier League account and John McGinn (No 8) also getting on the scoresheet.

Mohamed Salah (No 7) was one of only two Liverpool players to climb the chart after scoring both consolation goals, while West Ham’s Jarrod Bowen (No 10) scored his third goal in two games in the 3-0 win at Leicester.

Everton maintained their perfect start with a 4-2 win over Brighton, with Dominic Calvert-Lewin (No 4) capping an England call-up with his sixth goal this term, James Rodriguez (No 3) hitting a double and Yerry Mina (No 9) among the goals.

Despite Arsenal’s low-key success to date, Alexandre Lacazette still tops the club’s form rankings – despite sitting on the bench during their 2-1 win over Sheffield United.

Ben Chilwell fired himself to the Chelsea form summit with a goal and an assist on his league debut during the 4-0 victory against Crystal Palace, while Callum Wilson maintained his goal-per-game ratio in the 3-1 win over Burnley.

Kings of the Premier League returns on Sky Sports

On the back of its resounding success last season, the debate will return to your screens at 8pm on the last Friday of every month on Sky Sports Premier League.

Sky Sports presenter Adam Smith and two guests will build an ultimate XI from the top-performing players over the past month, pitting stats against gut as they compare data-driven form charts with Kings of the Match fan votes.

“This show really is the perfect way to pick the team of the month,” according to Smithy. “It’s never easy picking a dream XI, so let the debate commence.”

The show’s best bits will play out across Sky Sports’ YouTube and the partnership will also deliver the weekly Power Ranking articles every Tuesday on the Sky Sports website and apps.

Sky Sports’ very own Jamie Carragher joined presenter, influencer and Arsenal fan Nicole Holliday for the first show as they lock horns, and occasionally agree, to assemble the ultimate team for September.

The show kicked off on Friday, October 2 and will run throughout the first four months of the Premier League season.

Do the Premier League’s statistical leaders make the cut in this month’s XI, or do the fans’ favourites earn starting berths? Tune into Sky Sports Premier League every month to find out…