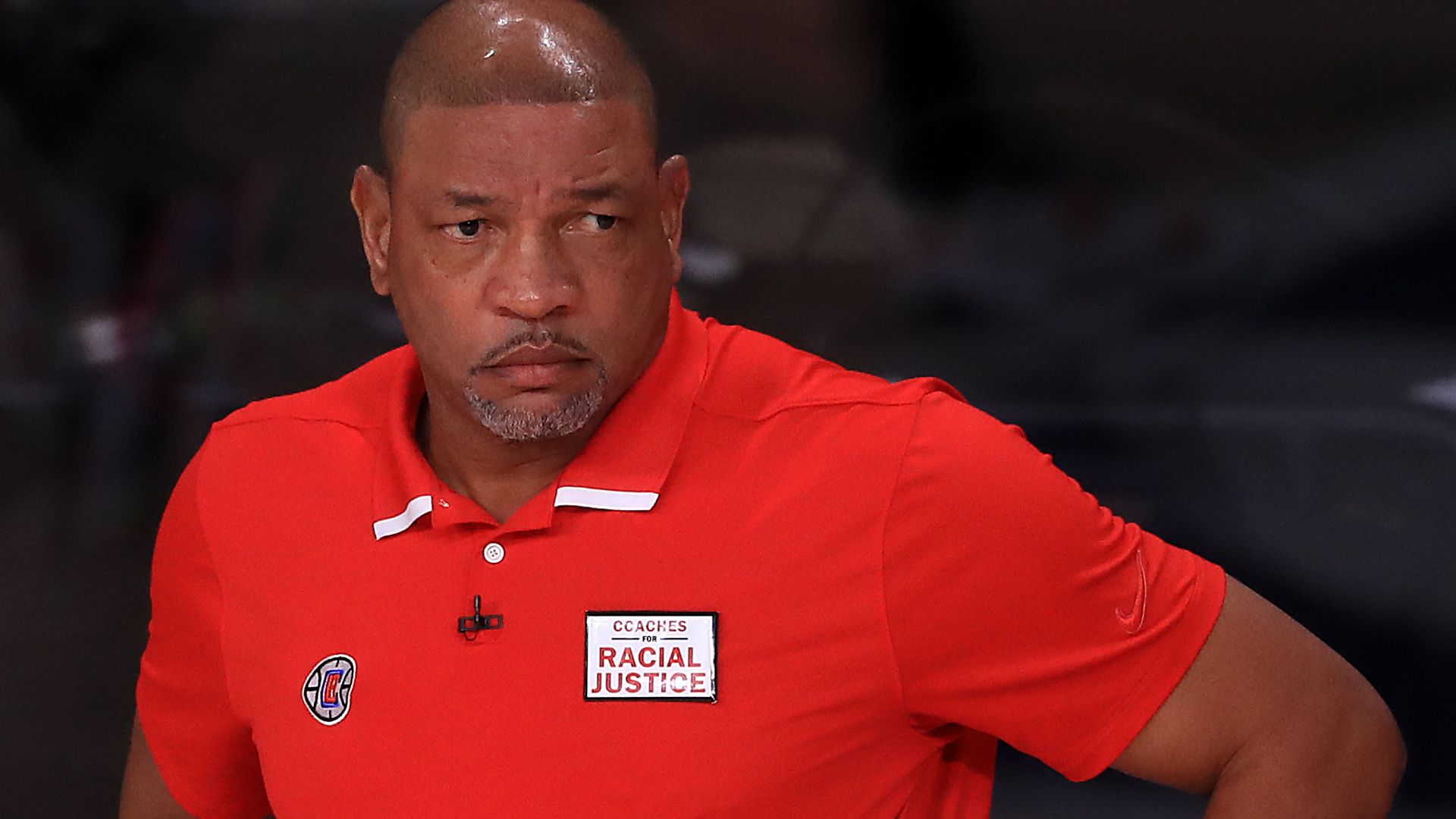 Newly-appointed Philadelphia 76ers coach Doc Rivers said his team are a “terrific fit” for him.

Rivers, who parted ways with the LA Clippers after seven seasons following their postseason collapse against the Denver Nuggets in the Western Conference semi-finals, was officially introduced as the Sixers’ new top man on Monday.

He replaces Brett Brown, who was dismissed after Philadelphia’s first-round playoff sweep at the hands of the Boston Celtics.

Speaking to NBA TV, Rivers discussed his departure from the Clippers and the immediate interest he received from multiple teams after his exit.

“As far as what went wrong, we had a 3-1 lead and didn’t [close out the series]. I liked that we got up 3-1 – it tells us we were doing something great. What I didn’t like was that we didn’t close. That is something that I do evaluate and is something that will bother me for a long time – until we win here [in Philadelphia], then you move on,” he said.

“[Clippers owner] Steve (Ballmer) and I had a lot of talks about the direction of the team and we decided me staying there… it was time to take a step away.

“Literally within five hours of that news getting out, my agent Lonnie Cooper called and said their were three teams that wanted to talk. I needed a day to gather myself. Lonnie and I then narrowed it down to a couple of teams. The first team I wanted to talk to was here in Philadelphia. Truth be told, mainly because of the players they have.

“After meeting the ownership group and talking to them, I thought it was a terrific fit for me. Once they decided they wanted me, I had to make a decision. You have to jump all the way in.”

“You have to continue to help them evolve as people and basketball players,” he said. “[Rivers] is the perfect candidate for this job when you think about the development of Joel Embiid and the position that he is in, searching for leadership and guidance. Doc is definitely that person.

“When you think about Ben Simmons, getting him back healthy, along with Tobias Harris and Al Horford, these guys are more than capable of competing at a high level in the Eastern Conference. With Rivers at the helm, they can have a ton of success.”

Butler’s fellow Gametime analyst Channing Frye said the appointment of Rivers alone will not solve the issues the 76ers suffered throughout the 2019-20 season. While utterly dominant at home, they won just 12 of their 38 road games. Frye believes the Sixers are best served building around one of their two superstars, but not both.

“I would trade on one of [Simmons and Embiid],” he said. “I don’t think you are going to get the best of both of them [in Philadelphia]. You can bring in Phil Jackson, Doc Rivers or Larry Bird for all I care, I don’t think those pieces work together.

“Let’s say you want to build around Embiid. You can trade Ben Simmons and something else to put shooters and veteran presence around Embiid. Guys that are going to help build that locker room. That’s really the problem, the culture, you can’t lose that many games on the road.

“The guys you have in that locker room are going to [need to] build either Embiid or Simmons and help them become grown men and winners in this league on a consistent basis.”