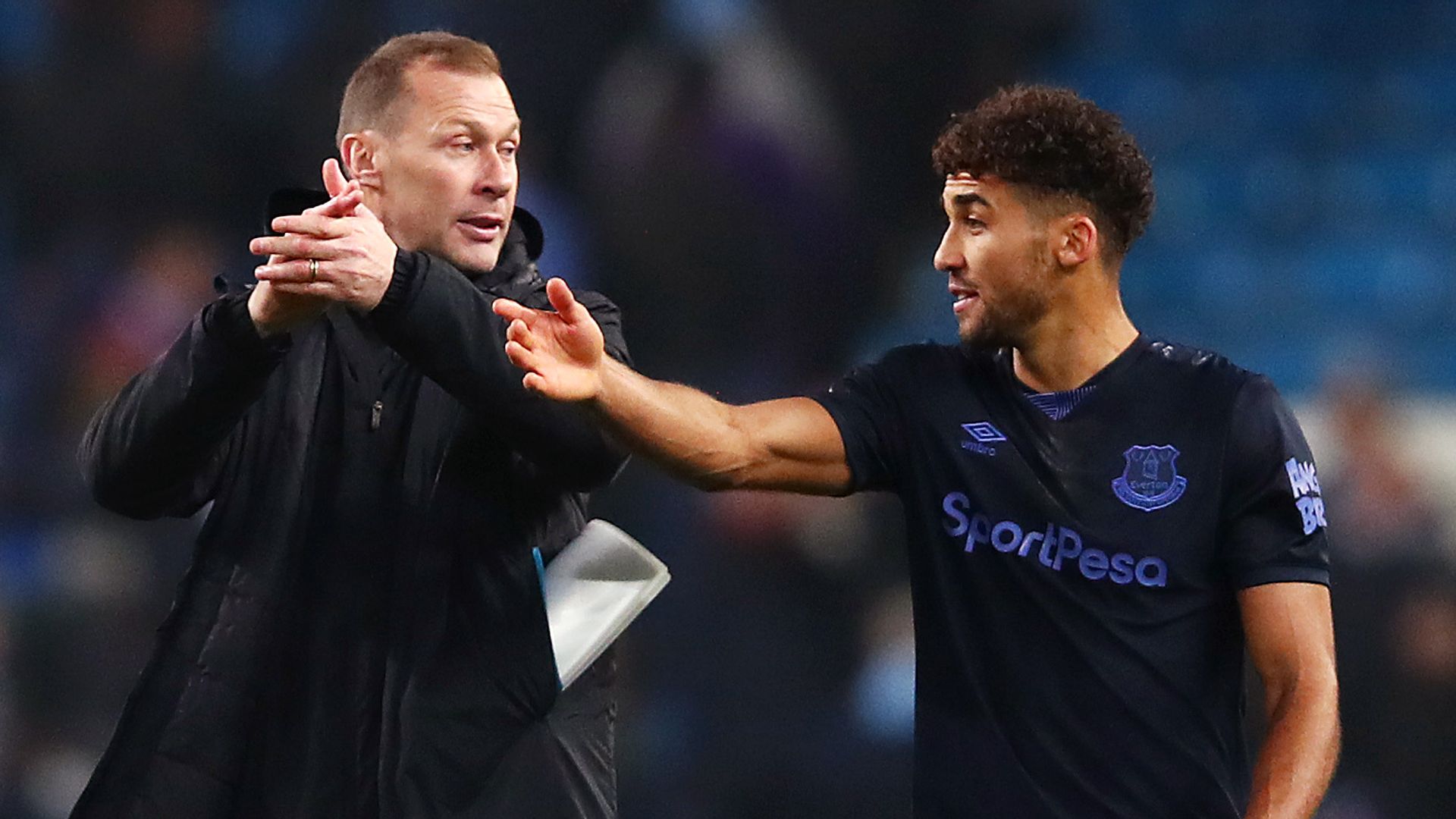 Calvert-Lewin has enjoyed a blistering start to the campaign to help Everton to the top of the Premier League table, scoring nine goals in six games across all competitions.

He was in hot form last term too, going on a run of eight goals in 11 matches when Carlo Ancelotti arrived as manager before the Covid-enforced season break.

The 23-year-old, recently called up to Gareth Southgate’s England squad for the first time, says it is Ferguson – who stepped in as caretaker boss last season after the sacking of Marco Silva – who has helped him step up his game.

Asked about the influence of Ferguson on his career, and if he has helped him become a nastier player on the pitch, Calvert-Lewin said: “I think so yeah.

“Firstly, I think people have Duncan down as being this big, angry man. He’s actually a very nice guy when you’re up close with him.

“But in terms of that on the pitch, he just told me to back myself more, believe in my stature and backed my strength.

“I think its a confidence thing. When you do it once, you start to do it more consistently and then it becomes a part of your game. I think that’s what’s happened.

“The Premier League is the top league in the world. It’s definitely toughened me up and mentally made me into the person I am now.”

Calvert-Lewin and Ferguson both wore the No 9 shirt for the Toffees and Everton will need their main man to step up again after the international break when the league leaders taken on their champion Merseyside neighbours Liverpool.

“It was a statement of intent,” Calvert-Lewin said about taking the No 9 shirt.

“There here has been some exceptional players to wear the No 9 shirt for Everton. For me to get that number, I knew what it meant and I knew what was required.

“People at the time were uncertain if it was the right decision, but I’d like to think I’ve proven those people wrong and I wear the No 9 with pride.”