Social unrest aside, Al Siesta of Siesta Boxing chose Minsk for the next installment of his KOld Wars series, which was very active in mid-summer. The Falcon club has hosted the event tonight with three ten-round fights constituting its triple-header and two shorter bouts filling in the undercard.

Southpaw middleweight Andrey Sirotkin, a hard-nosed Russian veteran, produced one of his best career performances by smashing previously unstoppable Brit Grant Dennis at 2:30 of the eighth round. 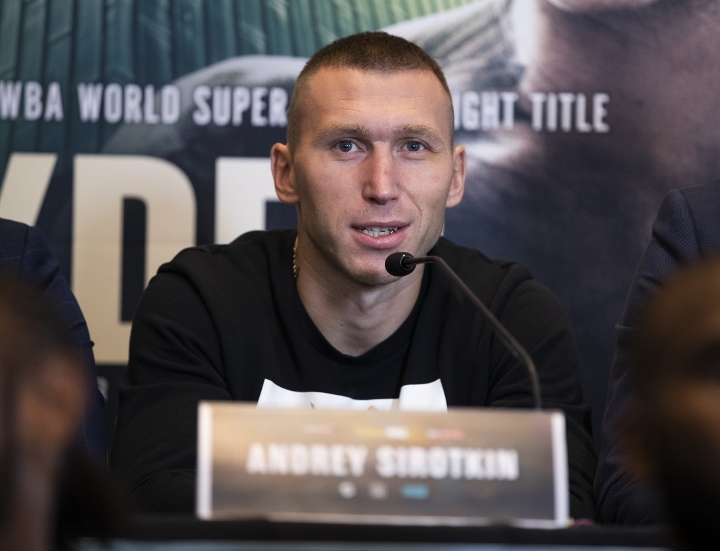 The fight seemed to be ending soon, when Sirotkin dropped Dennis (15-3, 3 KOs) twice in the first but was unable to stop him within a round. Sensing power isn’t his best asset, Sirotkin chose to box and not to sing but it didn’t help Dennis much. Sirotkin was just better, and he has proven it again in the sixth by sending Dennis to the canvas for the third time.

After the timid seventh, Sirotkin got back to work in the eighth, putting Dennis down with a smashing overhand right and then getting the job done with a huge left hook / right cross combo. With the win Sirotkin evolves to 19-1, 7 KOs.

In the other Russia vs. the UK showdown, no winner was defined as gritty fight veteran Alexey Evchenko summoned up all he had to get a spirited draw versus a better boxer in Asinia Byfield (14-3-1, 6 KOs).