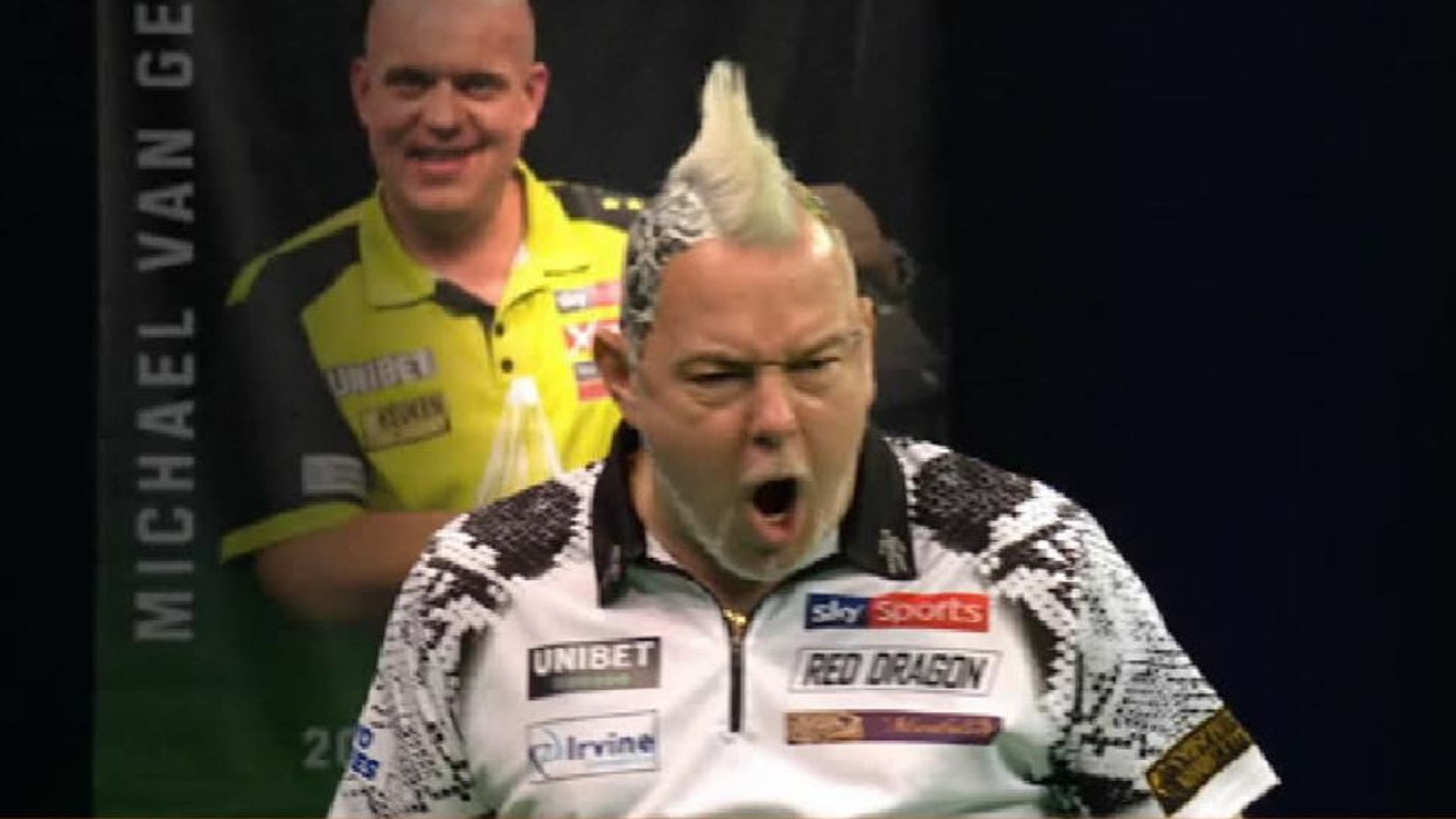 It’s a unique tournament that throws up proven winners and surprise finalists – but what’s in store for this year’s World Grand Prix? Wayne Mardle delivers his verdict.

What I find fascinating about this event is that we all think that a double start event caters for good double hitters and it should do.

But if you look down the years and the players that have really come to the fore they are known as scorers. Adrian Lewis’ first big major final was the Grand Prix, Michael van Gerwen won his first in 2012, Dave Chisnall has twice reached the final.

I think it’s fascinating that yes you have to hit doubles, of course you do, but if you get away and then score big, you can win any game.

You need that little bit of luck but also it’s all about timing we always say that but I do believe – and to nick a Dave Clark-ism – the cream does rise to the top in this event.

MVG has won five times in eight years, Phil Taylor was relentless eventhough there was a few lapses in there – it’s about getting away in your first or second visit, you can’t keep getting away third because you’ll end up in behind and being under pressure all the time.

Phil lost in the first round five times when he was an absolute winning machine, that’s incredible and it means opportunity presents itself.

Look at the list of runner-ups, and no disrespect to any of these players but the likes of Brendan Dolan, Shayne Burgess did it twice as well – some of the names you think where did that come from.

No one can be under pressure for a whole week.

Last year there were only two 90 averages in the first round and it tells you a lot of things. I’ve said this before it’s a rhythm ruiner. It’s best of three sets – a horrendous format.

I’m expecting some really edgy games and I’m expecting some underwhelming performances but people that come through them are going to think ‘I’m glad I got rid of that one’ and then they can get into their groove.

There were two performances last year and I think that will stand them both in good stead for this year – two debutants Glen Durrant and Nathan Aspinall, so I’m looking at the normal protagonists

If Michael van Gerwen gets rid of Ratajski, he has got to look at his draw and no disrespect to anyone, I think that half then gets easier

I’m going for Michael to be beat Ratajski and win that that section of the top – I just have to I think he comes through. So in bottom half of the top half his semi-final will be Gary Anderson.

I really like what I’ve seen, he’s not overplaying himself, he’s not playing too much, he’s relaxed and I get the feeling that Gary is really just relaxed in life and he’s not as angry as it used to be.

Contrary to popular belief, Gary is an horrendous loser, a terrible loser, but I think even that’s kind of on the wane a bit now which tells me that maybe he doesn’t put too much pressure on himself.

Not even in my equations is Michael Smith. I don’t think he’s going to win this event and that’s the first time since 2004! I’m dropping him but just for this event.

Every time I see Peter Wright in the draw at the moment he is the one for me and every time he gets beat I’m forever surprised.

So Peter Wright to win his section of the draw and I’m going for Nathan Aspinall to play the way he did last year but come through to the semi-finals – I really like the way he plays with such freedom.

And the winner is…..

From there, MVG plays Wright in the final and it will be a brilliant final.

A couple of years ago in the final of this tournament in Dublin, Wright had Michael on toast, I was in the commentary booth and they had played five sets and Peter lost the fifth set.

Michael was terrible for five sets and he was still in the game and sure enough that was it. But I just don’t see Wright as that player anymore, he won’t let him off, he just won’t – I’m saying it like it’s a done deal.

I think it would be a brilliant final and I see Peter beating Michael via double 10 – he’ll start double 10 and then he’ll finish on double 10, it will just bounce in like it did in the in the World Championship final.

Darts is back on to Sky Sports in October with the World Grand Prix and the Premier League Play-Offs. Follow us @SkySportsDarts to stay up to date with all the news.