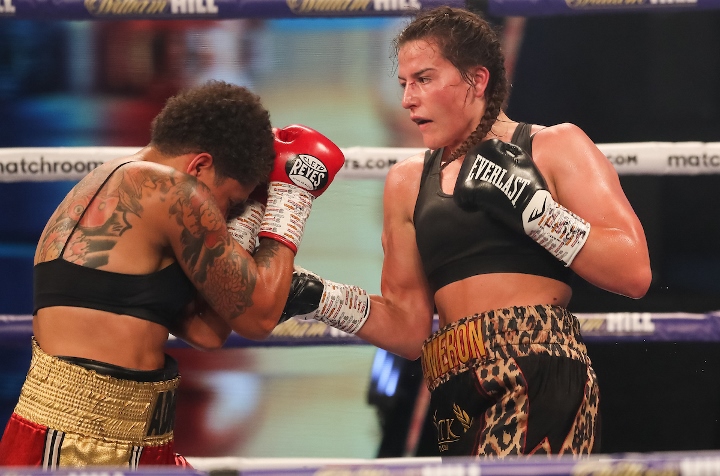 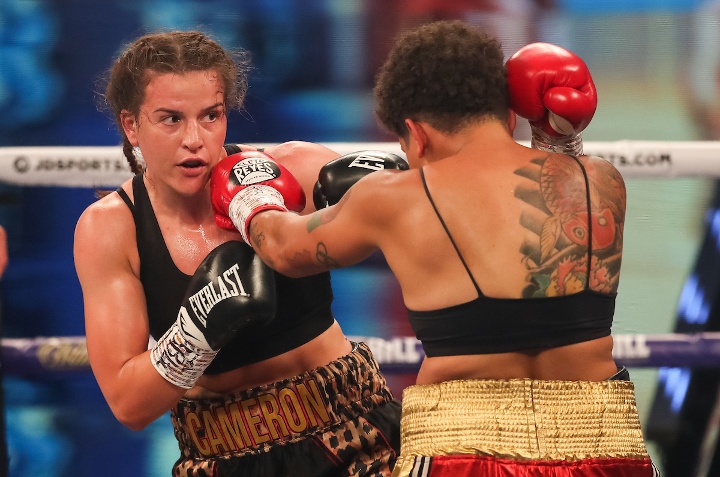 Cameron was moving and boxing circles around Araujo, who was a bit too slow and unable to get to the target. Araujo was not active enough either, as Cameron was outworking and outlanding her in every single round. 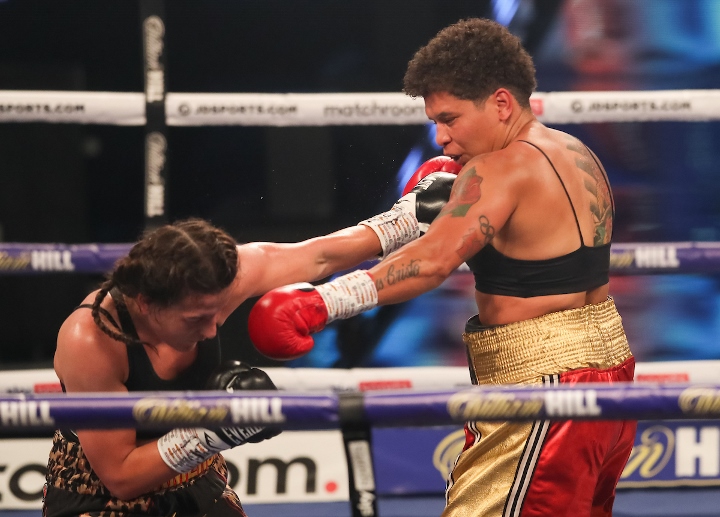 Araujo was trying to apply more pressure in the fifth, but continued to get tagged with the much faster punches from Cameron. She was also unloading with combinations that had Araujo on edge. 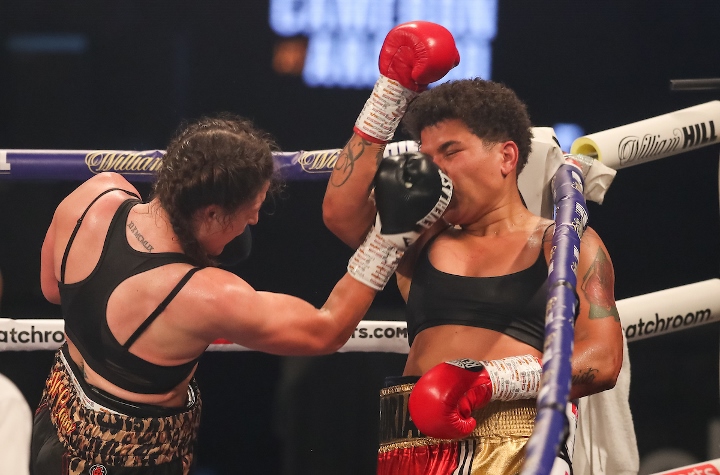 In the seventh, Cameron letting her hands go and tagging up Araujo with shots. Araujo has good chin and never seemed bothered by the punches. Cameron continued to dominate the action the rest of the way. 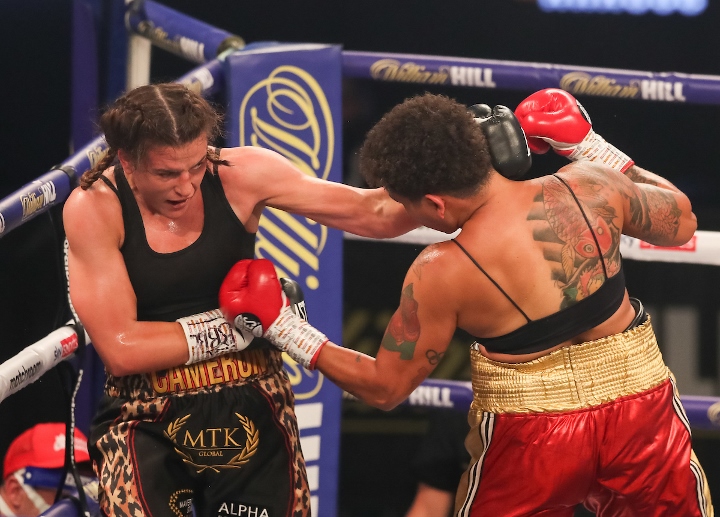 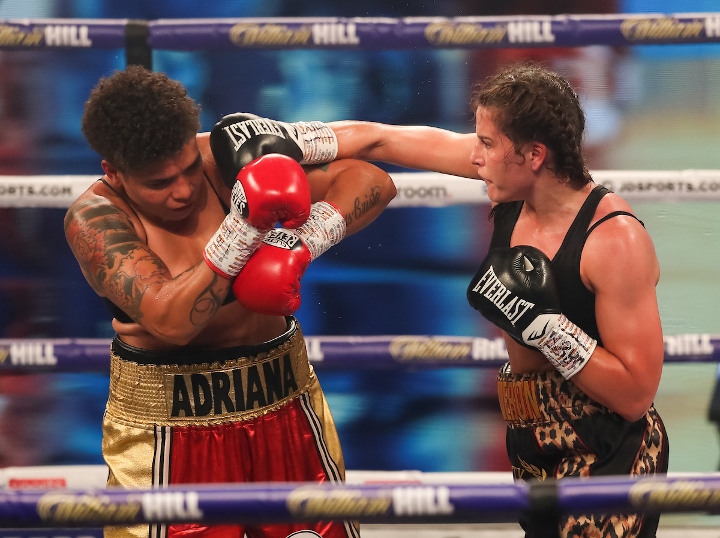 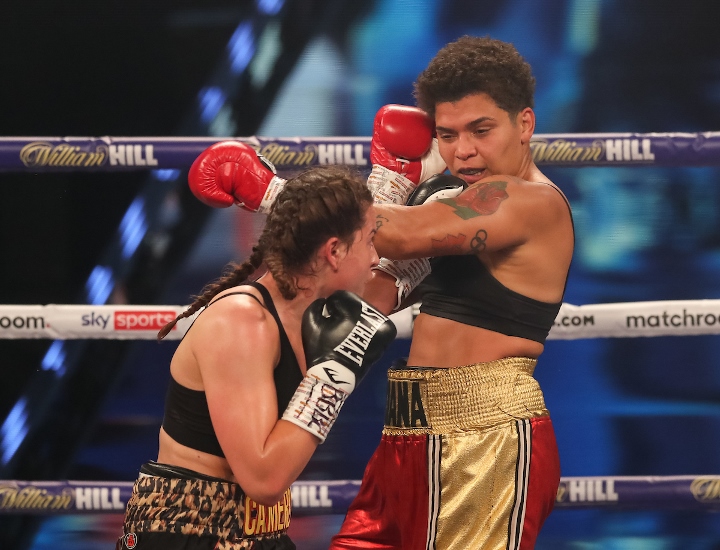 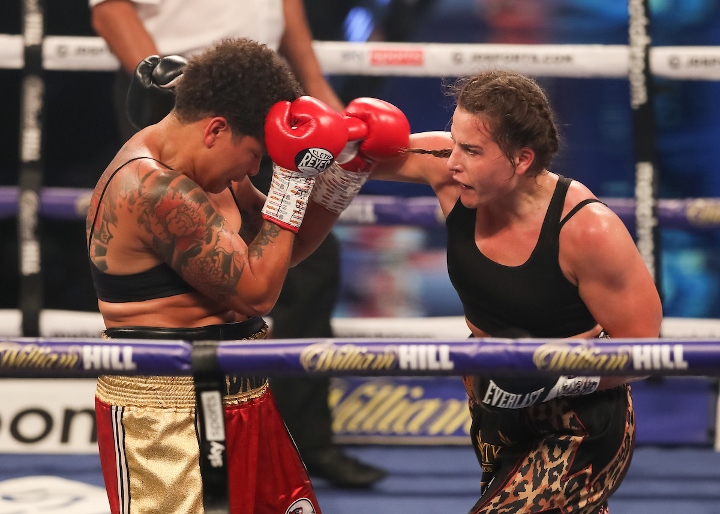 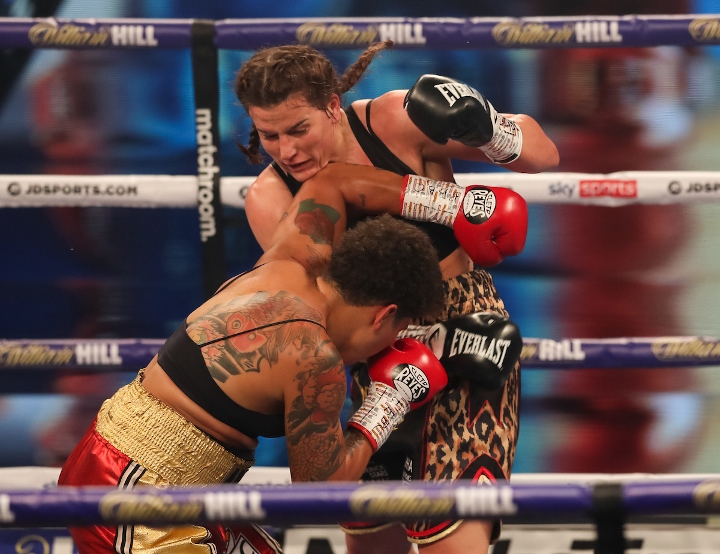 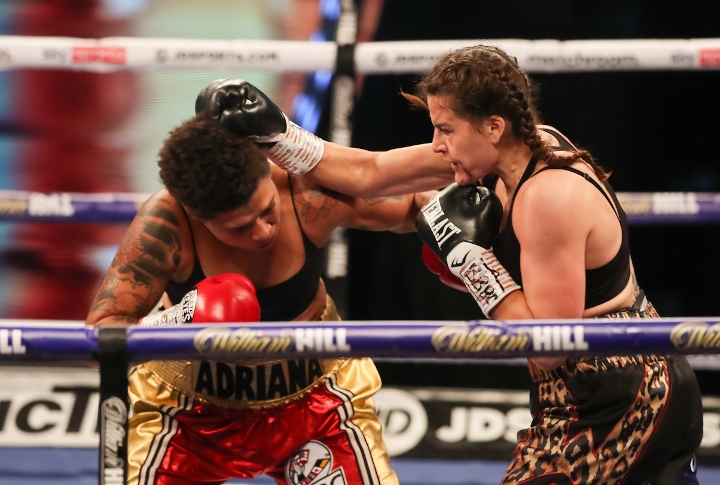 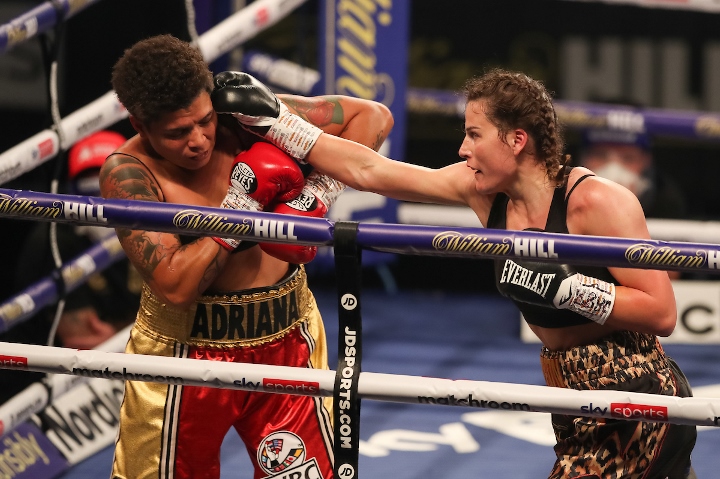 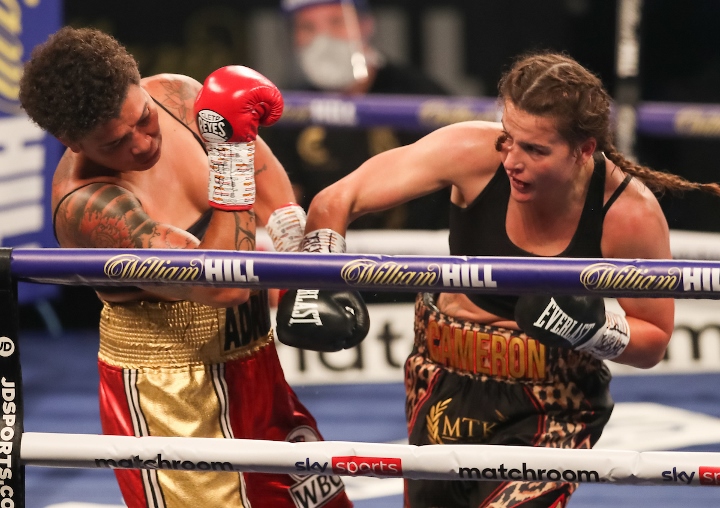 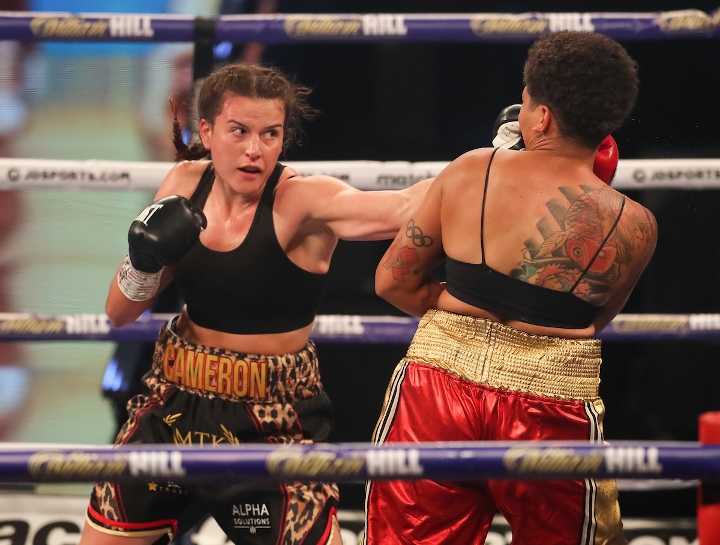 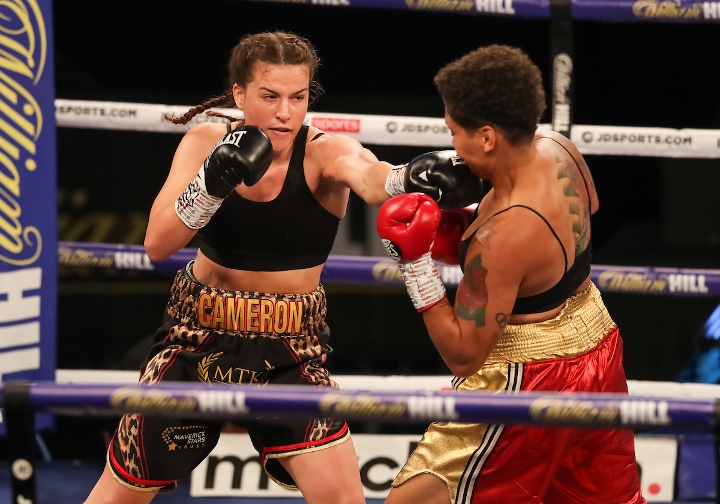 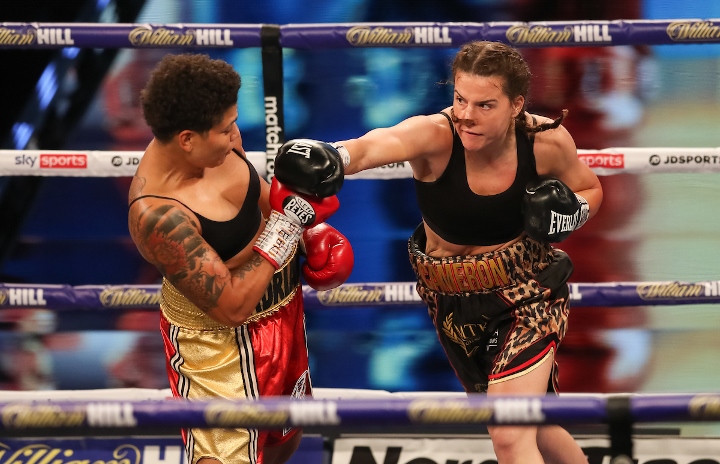 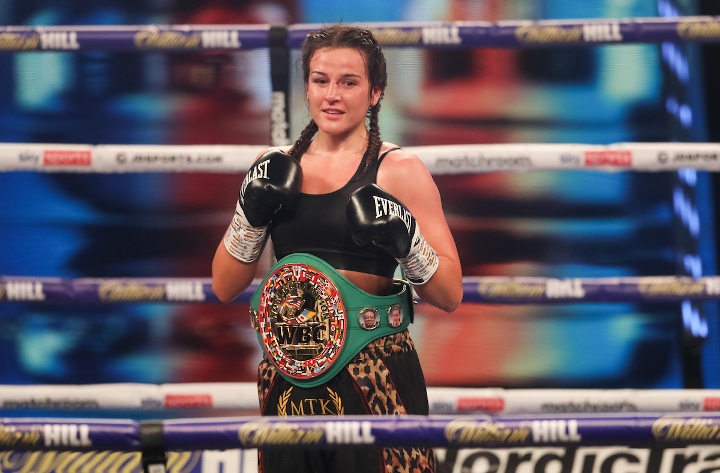 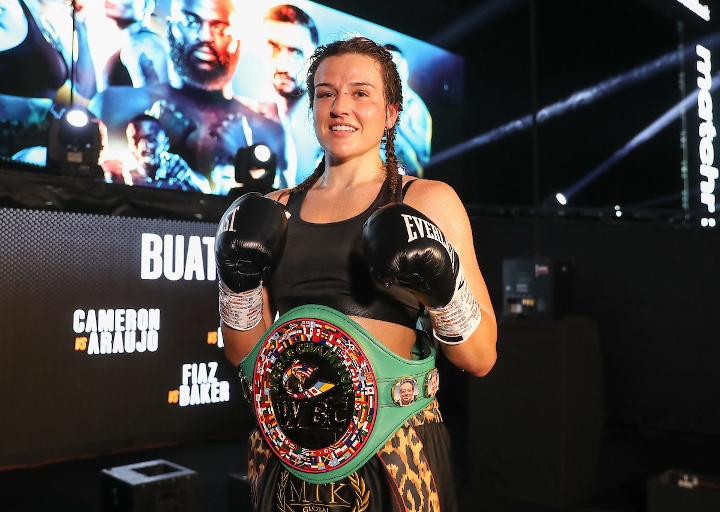 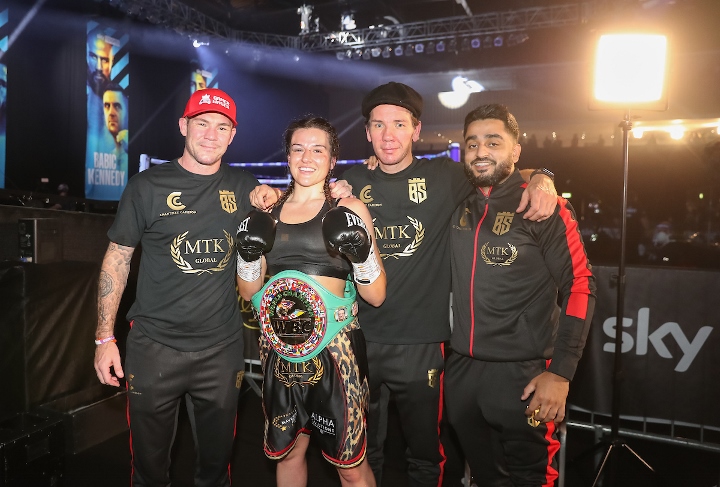