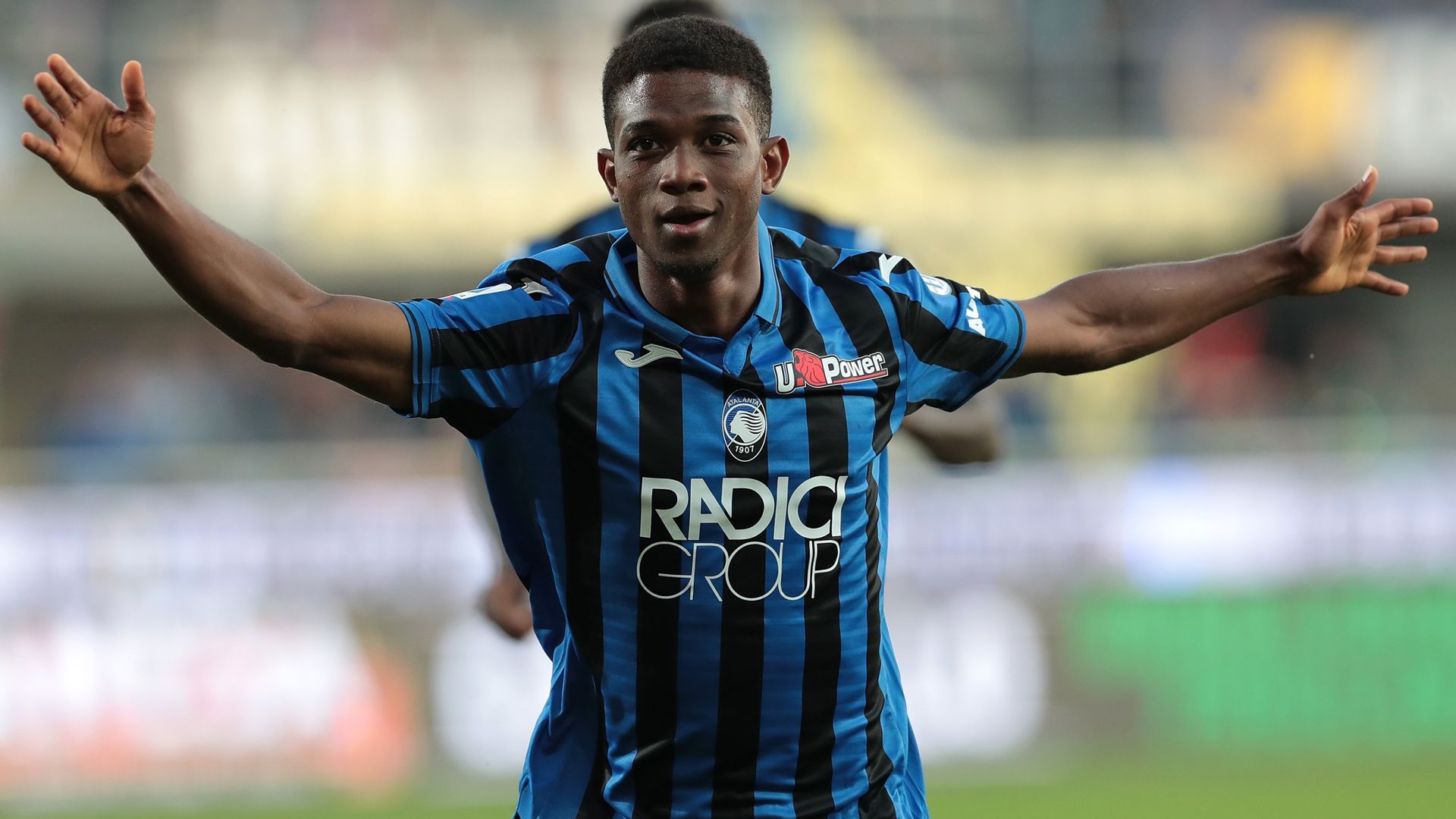 Manchester United are in talks to sign Atalanta winger Amad Traore, with a deal likely to be completed in January.

Sky in Italy say United are due to pay around €30m (£27m) plus add-ons for the 18-year-old, who looked set to join Parma until the transfer collapsed.

Although United may complete the deal on Deadline Day, it looks set to be finalised in January 2021 as a work permit for the teenager is still pending.

United manager Ole Gunnar Solskjaer has been keen to sign a winger for the entire window and the club have been in talks with Barcelona over a loan move for Ousmane Dembele, although both Barca and the 23-year-old are understood to prefer a permanent deal.

The move for Dembele came after United’s £91.3m offer for Jadon Sancho was rejected by Borussia Dortmund last week and with both deals now appearing unlikely, the Premier League side have targeted Traore.

Traore made the move to Atalanta’s academy in 2015 and was handed his senior debut last October in the 7-1 victory over Udinese.

The youngster found the net after coming off the bench in that game and in doing so he became the first player born in 2002 to score a goal in Serie A.

Traore has made three appearances in Serie A, while last season he scored seven goals and registered 11 assists in 24 appearances for the youth team.

In the 2018/19 campaign, Traore scored 18 goals and delivered 13 assists and his impressive performances paved the way for him to begin training with Atalanta’s senior squad.

Who is Amad Traore?

Traore, 18, was born in the Ivory Coast, before moving to Italy around the age of ten, joining Atalanta in 2015.

The youngster made his debut for Atalanta last season, becoming the youngest player – at 17 years and 109 days old – to score on his Serie A debut in their 7-1 thrashing of Udinese.

As a result, the Ivorian travelled with the Atalanta squad to Lisbon for their Champions League quarter-final defeat to Paris Saint-Germain last summer.

However, Traore has featured in just three league games for Atalanta, totalling only 30 minutes of football, while he has also been an unused substitute for the Italians so far this season.

The player has, though, impressed in training, so much so that Papu Gomez recently likened him to a certain Lionel Messi.

“There are defenders in the first team that sometimes cannot stop him. To stop him in training, we have to kick him! He plays like Messi,” said Atalanta’s captain.

United are also close to announcing the signings of forward Edinson Cavani and left-back Alex Telles, with both players completing medicals in Manchester on Deadline Day.

Cavani, who is a free agent after leaving Paris Saint-Germain at the end of last season, is set to sign a two-year deal and will provide some valuable experience to United’s youthful forward line.

Telles is expected to arrive at Old Trafford on a five-year deal after United agreed a £15.4m deal with Porto on Sunday, just hours after the Portuguese club turned down the initial offer.