The show will go on, just two weeks later.

Sergey Lipinets and Kudratillo Abdukakhorov were provided good news for a change, as their oft-delayed interim title fight finally has a new date. The two will collide October 24, live on Showtime atop a televised tripleheader originally due to take place this weekend. 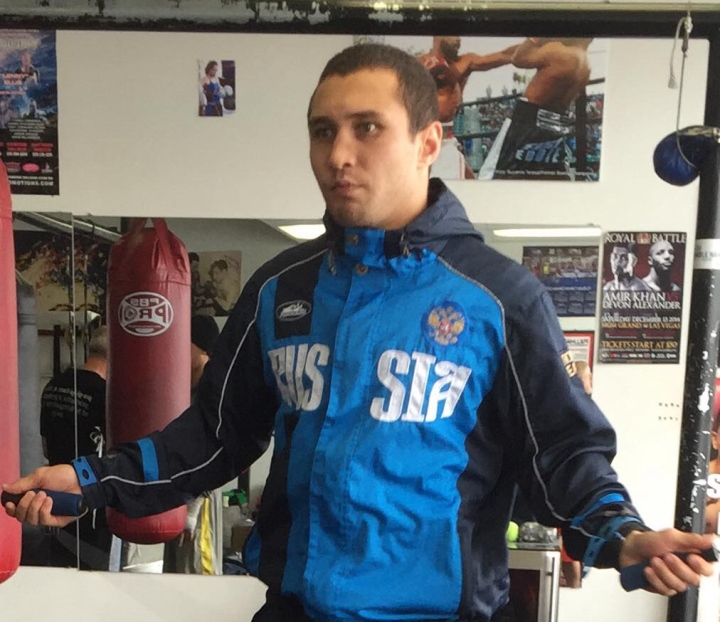 The reason for the delay was to allow Abdukakhorov (17-0, 9KOs)—an unbeaten Uzbekistan native now based out of Malaysia—enough time to secure a travel visa. With that no longer being an issue, the entire card can move forward even if two weeks later than expected.

“Given what Kudratillo has gone through to get this opportunity, the fight seems easier,” said Carl Moretti, vice president of operations for Top Rank who promotes Abdukakhorov. “But everyone knows it won’t be.”

Abdukakhorov enters following a year-long layoff, having outpointed former titlist Luis Collazo last October in Philadelphia, Pennsylvania. Soon thereafter came discussion to face Lipinets (16-1, 12KOs), though there came a delay in whether to stage such a fight as an eliminator or an interim title fight. The hold-up came due to the unknown status at the time of unbeaten, unified IBF/WBC welterweight titlist Errol Spence (26-0, 21KOs), who was still recovering from injuries sustained in a near-fatal single car crash last October in Dallas.

The IBF eventually ruled to declare the matchup as an interim title fight, to which both parties agreed almost immediately upon the first round of negotiations. A tentative time frame of May was in place for the clash, only to get postponed due to the ongoing coronavirus pandemic.

Showtime formally announced the fight in late July, as part of its full schedule through the end of the year.

For Lipinets, it means avoiding a second straight fight versus a replacement opponent. The Kazakhstan-born former 140-pound titlist—who is now based in Woodland Hills, California—was dealt such a fight last July, when he was due to face John Molina Jr. on the undercard of Manny Pacquiao’s welterweight title-consolidation clash with Keith Thurman. Molina fell ill during fight week, resulting in Lipinets facing very late fill-in foe Jayar Inson, whom he wiped out in the 2nd round of their Fox Sports Pay-Per-View preliminary bout.

Lipinets prominently arrived on the welterweight scene in his previous outing, stopping former two-division titlist Lamont Peterson in the 10th round of their instant classic last March.

“Sergey Lipinets announced himself last year as a serious contender in the welterweight division and can move closer to the top of the stacked weight class against the tough unbeaten Kudratillo Abdukakhorov on October 24,” said Tom Brown, president of TGB Promotions. “In undercard attractions, unbeaten Xavier Martínez can earn a career-best victory over the always dangerous Claudio Marrero, while talented super lightweight Malik Hawkins and the powerful Subriel Matías will clash with a chance for the winner to propel themselves up the 140-pound rankings.

“These are three evenly matched bouts that will show us a lot about all of the fighters, while treating fans to great action.”