Sanchez (13-1, 7KOs) makes his series debut, in addition to fighting outside of his native California for the first time in his career.

“I think it’s going to be a great fight,” notes the 23-year old junior featherweight prospect from Pacoima, California. “I’m looking to KO my opponent in the late rounds. I know he’s also dangerous, so I got smart like I was working on in the gym with my trainer Manny Robles.

“If it doesn’t come, I’m ready to go full ten rounds. It’s another excellent opportunity for me to show what I can do inside the ring on TV.” 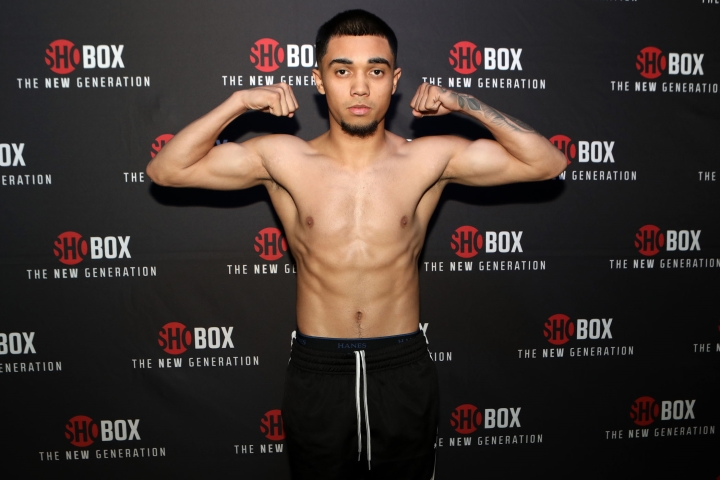 The bout is the first during the pandemic for Sanchez, who overcame his lone career defeat last summer with an eight-round points win this past February in Ontario, California.

Lozano has long ago emerged as a series favorite, although his once promising career has long ago seen better days. The squat journeyman—who turns 31 in November—is winless in his last six starts, his last victory coming in a 10-round nod over Ricardo Rodriguez on an October 2017 Telemundo card.

Along the way have come losses to the likes of former 115-pound titlist Carlos Cuadras, and current contenders Carlos Castro, Joshua Greer Jr. and Ricardo Espinoza.

Some life was breathed into Lozano’s flailing career following an eight-round draw with unbeaten Cuban prospect Jorge De Jesus Romero in this very venue this past August. Their Telemundo-televised affair was among the best fights of the summer, though a different approach will be taken into this weekend’s headliner.

“I have to fight smart, use my experience,” insists Lozano, though with a disclaimer. “Everyone knows, including him, if he leaves himself open, it’s over. His inexperience might get him knocked out.”

As has been the case since returning this past August, the show will take place behind closed doors and following strict COVID-19 protocol.

“We can’t wait to once again do these shows with fans in attendance, but everyone has remained positive and grown accustomed to what it takes to move forward,” Felix ‘Tutico’ Zabala Jr., president and owner of All-Star Boxing Inc. told BoxingScene.com. “It’s a credit to all involved, especially the fighters who are taking advantage of the opportunity to further their career during these tough times.”