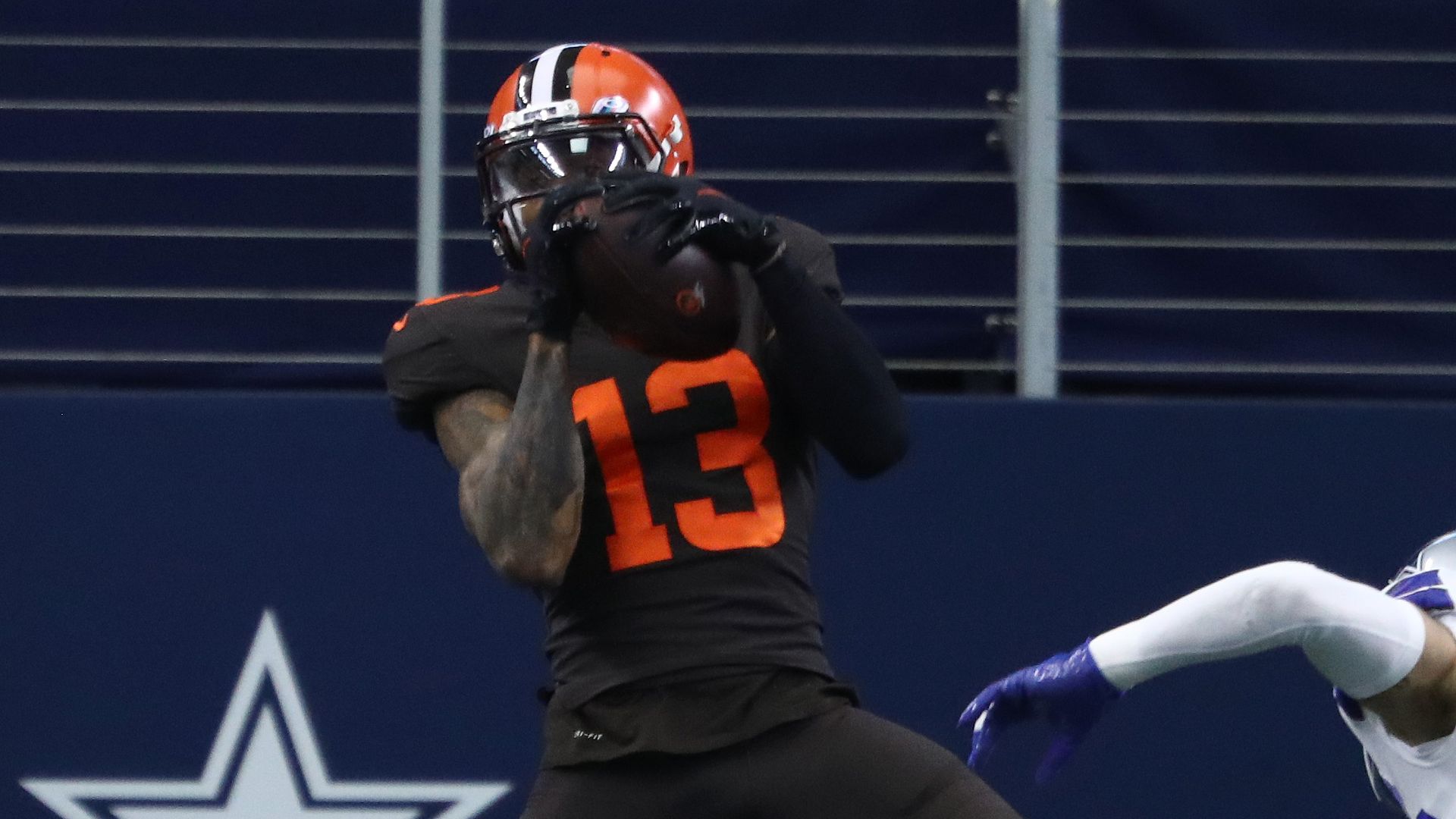 Watch the conclusion of Week Four on Sky Sports NFL on Monday night when Green Bay Packers (3-0) travel to Atlanta Falcons (0-3) – watch live from 1.50am

OBJ was the star of the show for the Browns, catching two touchdown passes and adding the game-winning score in the final minutes that staved off a stunning Dallas comeback, inspired by Dak Prescott who threw for more than 500 yards and four touchdowns.

But it wasn’t enough for the Cowboys, who had left themselves too much to do after Cleveland had turned a 14-7 deficit into a 41-14 lead thanks to 34 unanswered points.

That was the cue for the Browns to finally seal the win. With just over three minutes remaining, Beckham went right on a reverse, skirted a tackle attempt and assisted by downfield blocking, raced into the end zone for the win that was secured when Prescott was intercepted by Denzel Ward.

Prescott finished with a monstrous stat line, thanks to the late rally. The Cowboys’ quarterback completed 41 of 58 passes for 502 yards and four touchdowns. 24 points in the fourth quarter looked set to give Dallas a chance of another unlikely win.

However, Prescott’s only mistake was the Ward interception at the Cleveland four-yard line with 1:36 left in the game that sealed the outcome.

Cleveland ran roughshod over Dallas’ leaky defense, piling up 307 rushing yards despite losing leading rusher Nick Chubb (knee) in the first half. Chubb would not return and D’Ernest Johnson was the surprise rushing leader for the Browns, while Kareen Hunt ran in for two scores and Beckham’s 50-yard play took the headlines.

Dallas (1-3) led 14-7 after a quarter before the Browns completely owned the middle two quarters, running at will against a team that has allowed a whopping 126 points in the last three games.

Given a dominant running game, Mayfield didn’t have to be spectacular, just efficient. He fulfilled that role, hitting on 19 of 30 attempts for 165 yards with the short touchdown passes and no interceptions.

The Browns’ most spectacular passing play came from a receiver. Jarvis Landry initiated scoring on a 37-yard strike off a reverse to Beckham, zinging a perfect pass over tight coverage less than three minutes into the game.

Cooper grabbed 12 passes for 134 yards and a touchdown for the Cowboys but their all-star offense was let down by their defense as they slipped to a third defeat from their opening four games.