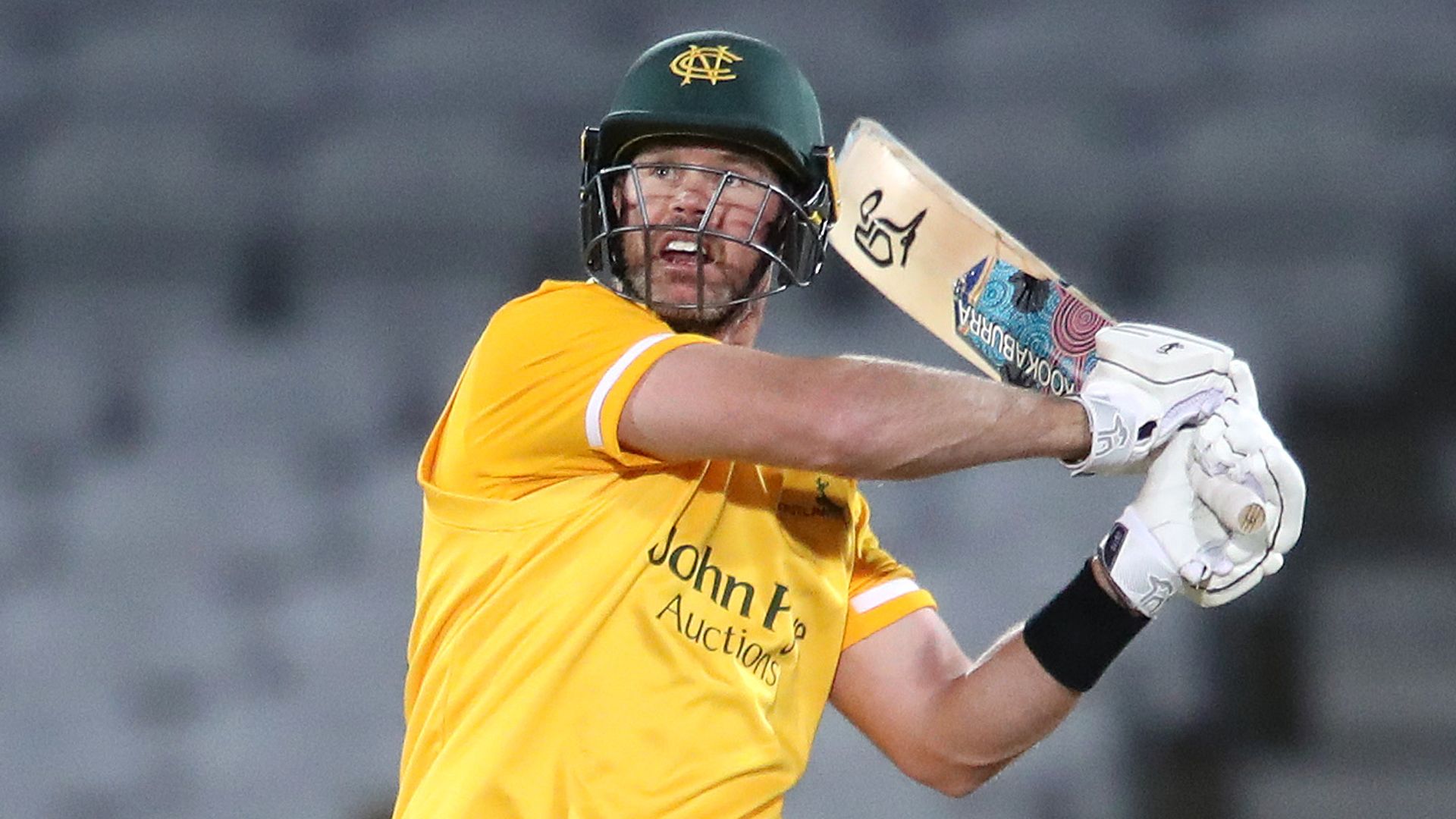 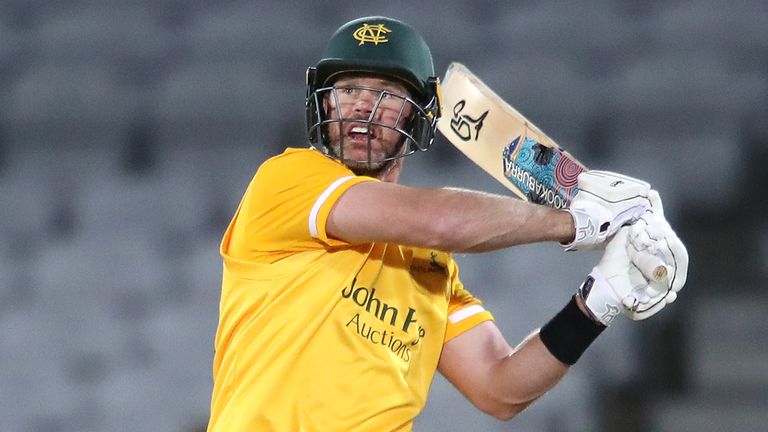 Captain Dan Christian hammered a flurry of sixes to ease Nottinghamshire Outlaws’ nerves and seal a place in the Vitality Blast final as they saw off Lancashire Lightning by five wickets.

Chasing 95 for victory, the Outlaws were wobbling after two quick wickets from Lightning spinner Tom Hartley had left them looking unsteady at 61-4. SCORECARD

But the Nottinghamshire skipper thrashed four maximums in one Livingstone over to steady the ship – and, although Matt Parkinson had him stumped for 30 off 13 deliveries, Imad Wasim struck the next ball for four to clinch the win with 16 balls to spare.

Lancashire’s total of 94-4 was built around Steven Croft’s belligerent knock of 33 from 22 balls, but the innings tailed off after Jake Ball (1-20) had him caught in the deep at the start of the 10th over.

Ball took a vital boundary catch himself to dismiss Livingstone (22) who, along with Alex Davies (15), had got the Lightning off to a brisk start in the powerplay.

Livingstone became the first of two victims for Matt Carter (2-14) as he and fellow spinners Wasim (0-20) and Samit Patel (1-17) helped to slow Lancashire’s progress.

With Chris Nash injured while attempting a diving catch, Ben Duckett moved up to open with Alex Hales and the pair put on 30 before the left-hander (13) was caught, miscuing a pull off Saqib Mahmood.

Hales (29) fell to a beauty from Parkinson (2-12) that turned sharply before Hartley (2-21) removed Tom Moores (1) and Joe Clarke (17) in quick succession, but Christian kept his head to secure a place in the final.

They will meet Surrey, who saw off Gloucestershire by six wickets in the first semi-final, with Liam Plunkett taking 3-12.

Plunkett restricted the West Country side to a modest 73-3 from 11 overs after their rain-reduced semi-final clash at Edgbaston finally got under way at 3.15pm – and that proved insufficient to defend as Surrey chased down the target with eight balls to spare. SCORECARD

Gloucestershire were never able to gain any traction after being put into bat, stumbling from the off and finding the boundary only six times in their innings.

Wickets went down at a regular rate, with Ian Cockbain, their leading run-scorer in the Blast this season, lasting only three balls before he departed for a duck, chipping Will Jacks tamely to mid-wicket.

Ryan Higgins (19) and Benny Howell (21) threatened to build some momentum, but both fell in quick succession to the experienced Plunkett and Reece Topley (2-15) kept the brakes on at the death.

By contrast, Surrey took 13 off Graeme van Buuren’s first over – but they also lost wickets, with Howell pouching a superb catch over his shoulder to dismiss Jason Roy (6) and Jacks (16) playing around a David Payne full toss.

Tight bowling from Howell (2-12) and Payne (3-14) gave Gloucestershire hope, but they had too few runs to play with and Ben Foakes (20) kept Surrey on track before Jamie Overton sealed victory with a straight drive for four.