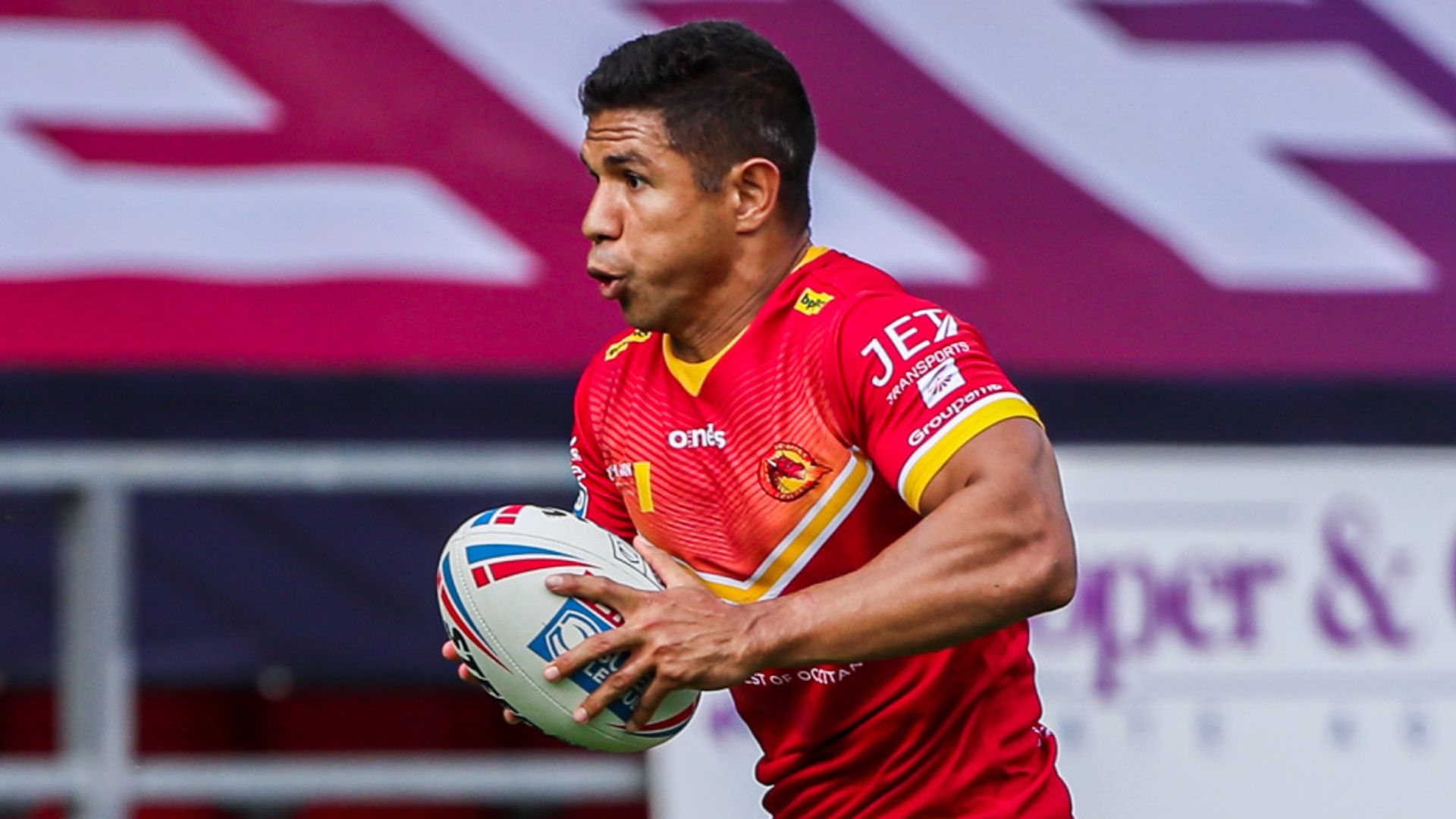 Two tries from David Mead helped Catalans Dragons put a weary Wakefield Trinity to the sword thanks to a clinical second-half performance during their 40-8 victory in Perpignan.

Super League’s French side have scored 98 points against Wakefield in their last two games, leaving Trinity rooted to the bottom of the table.

Chris Chester could only name a 20-man squad following a series of injuries and COVID-19 issues, however, his Wakefield side were full value for the biggest part of the first 40 minutes.

Jacob Miller orchestrated a series of attacks with Joe Westerman and Kelepi Tanginoa tormenting the 5,000 home supporters who had expected an early Dragons rout following their previous encounter in England.

But the fans had to wait for Sam Tomkins and James Maloney to work their magic and a dominant second half had the French supporters singing.

A Bill Tupou try and two goals from former Dragon Tony Gigot were all the visitors had to show for some impressive graft before the interval, where they also held a 8-0 lead.

Sam Kasiano’s introduction into the game after 30 minutes seemed to steady the Dragons, his powerful surges wreaking havoc with the Wakefield defence.

Gigot, operating from stand-off, was in vintage form with a precise kicking game and his personal duel with Tomkins boiled over on the half-hour when the Frenchman hit Tomkins high in the tackle.

A try against the run of play for Matt Whitley, quickly followed by a score on half-time for Israel Folau put Catalans in the driving seat at 12-8 up.

Papua New Guinea international Mead collected a Josh Drinkwater looping pass to score on the left then Kasiano scored the try of the match.

The giant prop burst through the middle on a 30-metre dash and found Tomkins who returned the favour for Kasiano to finish the move in the left corner. Maloney’s touchline conversion put the Dragons 22-8 ahead.

Tomkins then profited from some interplay with Folau, picking up a return pass and scooting in next to the posts with Maloney adding the goal.

Wakefield’s handling in the second half seemed to suffer and Catalans took advantage. Following a penalty for a high tackle on Tom Davies, Julian Bousquet forced his way over to the left of the posts with Maloney adding his fifth conversion of the game.

Whitley went close to grounding a Drinkwater grubber then Tomkins found Mead on the left, the winger crossing with ease for his second try and improving the conversion angle for Maloney to bring up the Dragons’ 40th point.

Ben Garcia was held up over the line and then forced into touch as the hooter blew on a convincing home win for Catalans, who have boosted their top-four aspirations.