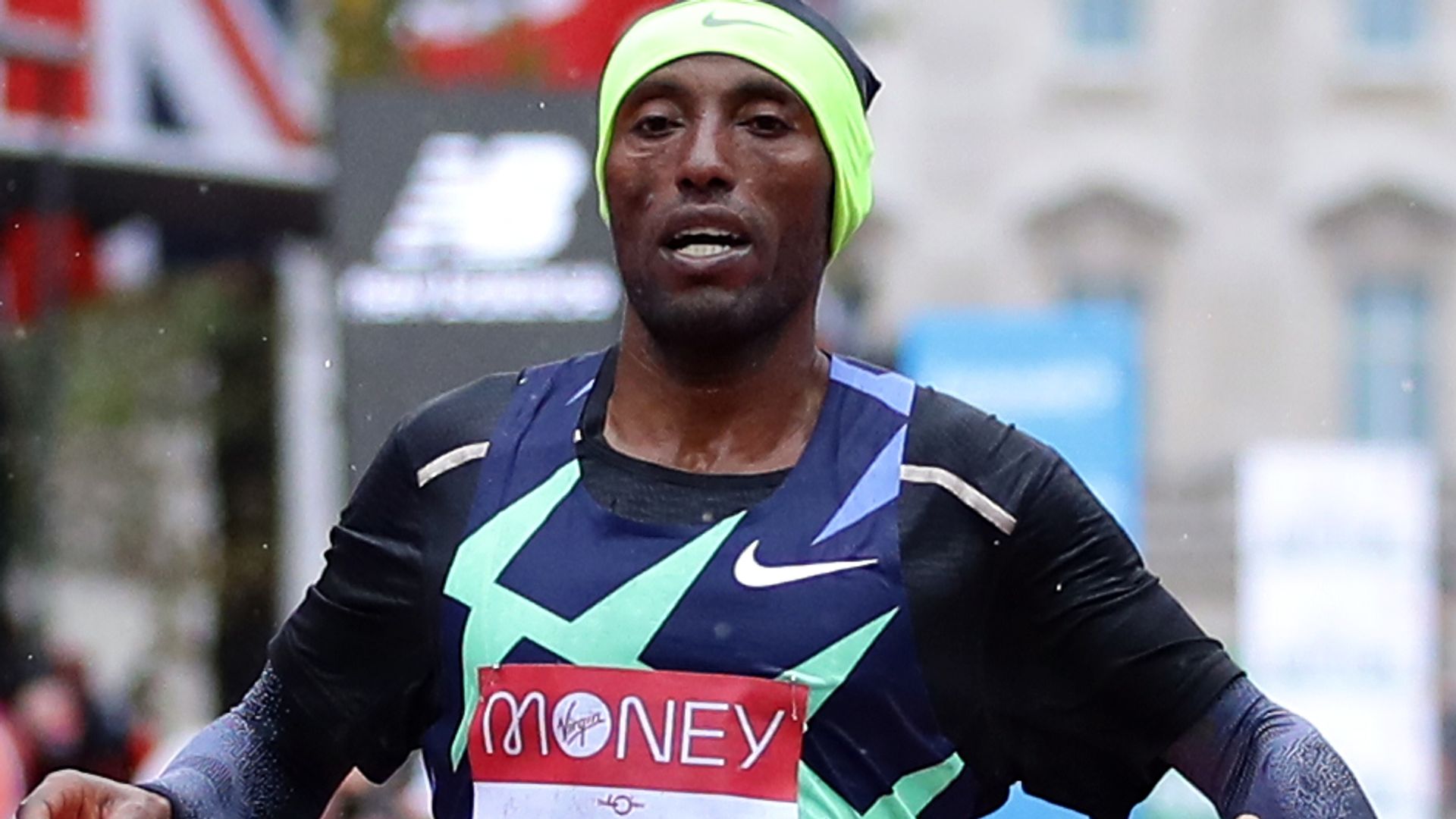 Eliud Kipchoge’s reign as the king of the London Marathon came to a shock end as Shura Kitata emerged from the rain and the gloom to become the new champion.

In a stunning upset Kipchoge, who had won all of his previous four London Marathons and had not lost over the distance in seven years, dropped alarmingly off the pace around the 22-mile mark.

The 35-year-old world record holder had no answer as a seven-strong lead group edged away from him, and he ended up finishing down in eighth.

Instead the title was up for grabs and it was Ethiopian Kitata who snatched it in 2:05:41, pipping Kenya’s Vincent Kipchumba on the line after a thrilling sprint finish.

A faster race was predicted due to the nature of the course – 19.7 laps of St James’s Park rather than the traditional street route – but the incessant rain and chilly temperatures put paid to that.

With Kipchoge’s great rival Kenenisa Bekele, the second fastest marathon runner in history, missing through injury the stage looked set for a fifth victory for the Kenyan superstar.

But despite the slow pace he came up short and Kitata took full advantage, as Kipchoge was beaten for the first time since he came second in Berlin in 2013.

Brigid Kosgei defied the rain and the gloom to defend her London Marathon title.

Kosgei broke for home with seven miles to go leaving Chepngetich, who had looked the stronger in the mid-stages of the race, far behind.

The pair were a minute ahead of their nearest challenger at the halfway mark, and looked on course to trouble the women’s-only world record of 2:17:01.

But as the rain began to fall harder the pace slowed and Kosgei eventually crossed the line in 2:18:58, almost five minutes outside her world record set in Chicago last year.

“The weather was not good so we struggled,” said Kosgei. “I struggled up to the moment I finished.

“We have not prepared well due to the pandemic. I will be prepared for good results next year.”

A tiring Chepngetich was caught by a stunning late charge from Hall, who overtook her with just a few strides remaining.

There was disappointment for the two big British hopefuls, Lily Partridge and Steph Twell, who both pulled out well before the finish.

The British title instead went to Natasha Cockram, who finished outside the Olympic qualifying mark in 2:33.19, four seconds ahead of Naomi Mitchell.

The race, originally scheduled to be run in April, was adapted to 19.7 laps of St James’s Park rather than the traditional street route, and was restricted to elite runners only, due to the coronavirus pandemic.