A New Zealand grudge match appears to be near, as a deal is nearing for a showdown between former WBO heavyweight champion Joseph Parker and unbeaten contender Junior Fa.

According to Stuff, a deal is “imminent” for a a date in December, with Auckland as the likely location.

“The contract has not been signed yet, but we seem to be heading towards a deal,” Parker’s manager David Higgins told Stuff.

They fought twice in the amateur ranks – with each man picking up two wins. 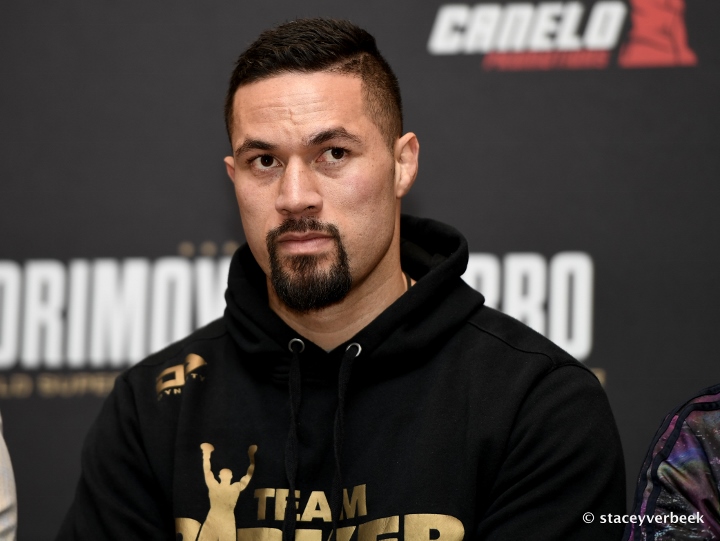 The paper indicates that a date of December 11 at Spark Arena is being kicked around, but cautions that much will depend on Monday’s government announcement around the COVID-19 levels in place for the city.

If Auckland is freed up to level one as local observers expect, a fight announcement could happen in the coming days.

While Higgins would not reveal the date details, he said the contest needed a level one situation to cover the financial demands of both boxers.

They will need to place the bout locally on pay-per-view and maximize tickets sales through a large crowd.

Any subsequent change in health restriction levels would see the event get postponed until it was possible to be staged in front of a live crowd with COVID-19 safety precautions.

It seems the New Zealand Professional Boxing Association will be the sanctioning body while terms have been agreed to random drug testing of blood and urine.

Parker hasn’t fought since March, when he picked up a stoppage win over Shawndell Winters in Texas.

Fa will be coming into the fight after being inactive for more than a year, when he picked up a unanimous decision win over Devin Vargas in Salt Lake City last November.

The winner will inch closer to a world title shot. Parker is ranked at number three by the WBO, while Fa is ranked at six.