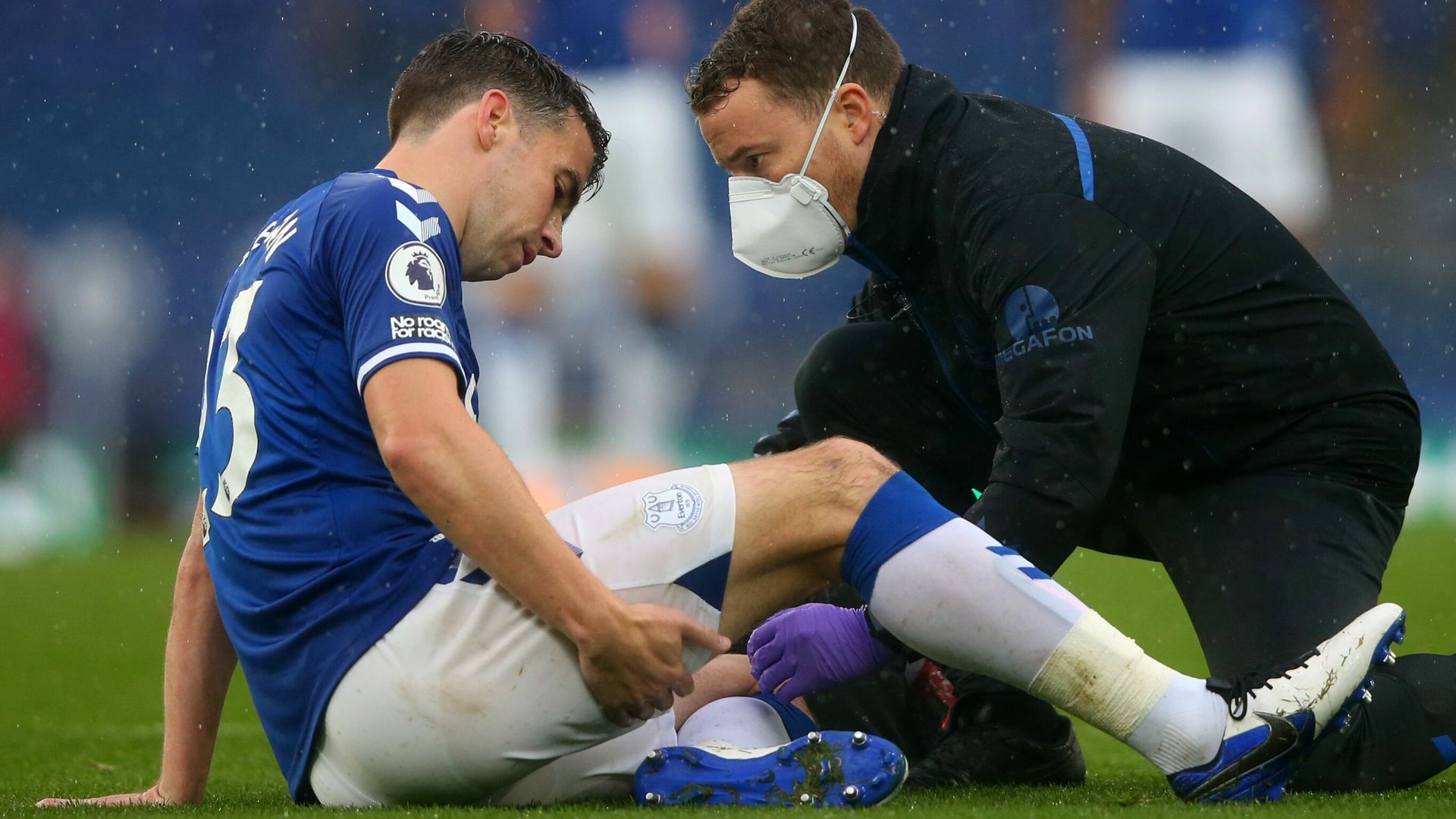 The 31-year-old full-back limped out of Everton 4-2 Premier League win over Brighton on Saturday and Ireland boss Stephen Kenny has admitted he is unlikely to be involved after having a scan on the injury.

“It’s not great news, probably, in relation to Seamus Coleman,” said Kenny. “I was watching the game and immediately I knew when I saw him – he was chasing Aaron Connolly at the time, actually, and just pulled up.

“He seems to have a hamstring strain that will most likely rule him out.”

Kenny had already lost Blackburn defender Darragh Lenihan to a knee injury and is sweating on Nottingham Forest midfielder Harry Arter, who picked up a thigh problem during Saturday’s 2-1 Sky Bet Championship defeat by Bristol City, and a series of unnamed players.

“Hopefully a few will be okay, but obviously a couple have pulled out of the squad through no fault of their own, just unfortunate injuries.

“We’ve had Darragh Lenihan, of course, who got injured in training – a knee injury – with Blackburn and missed the game on Saturday, so he’s had to pull out.

“We’ll wait and see on Harry Arter, how he is. He came off yesterday with a slight thigh issue, so we’ll see how that goes as well.

“They’re the only ones I can speak about at the moment.”

No fewer than 11 members of Kenny’s 25-man squad were due to be in action for their clubs on Sunday before travelling to Dublin ahead of the Slovakia game and the UEFA Nations League fixtures against Wales and Finland which follow it.

Kenny will wait for news of those squad members playing on Sunday before calling up reinforcements but has already added Burnley defender Kevin Long to the travelling party.

“Kevin Long can consider himself probably rather unfortunate not to be included in the first place,” said Kenny.

“He’s playing regularly in the Premier League and he has played for Ireland and has good experience, so we’re delighted to have Kevin in the squad.

“We will assess everything else and make one or two calls maybe later this evening.”