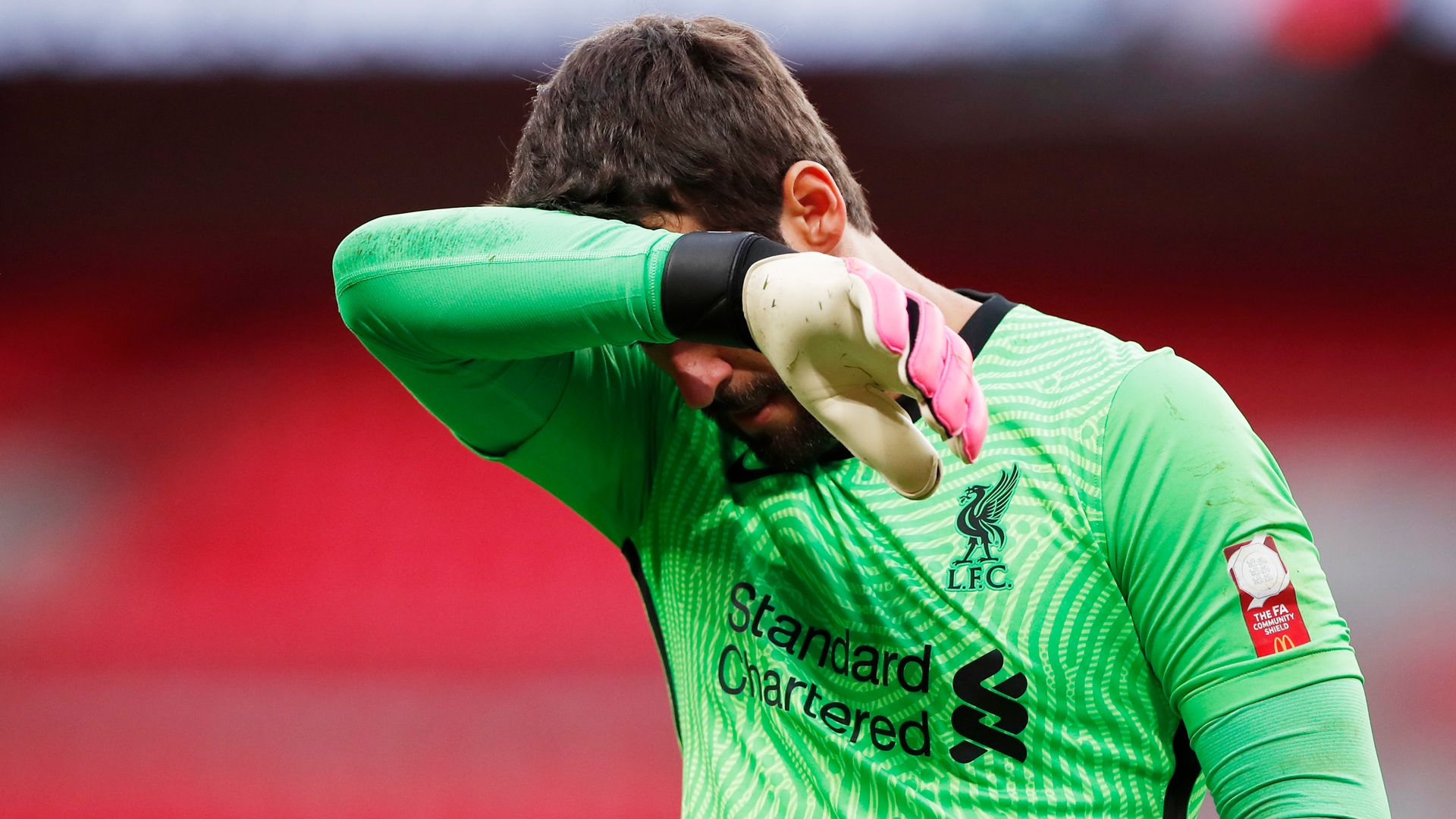 Liverpool manager Jurgen Klopp says goalkeeper Alisson will be out of action for four to six weeks due to a shoulder injury.

The Reds boss said after the match that there was no chance of Alisson being fit in time to face Everton in the Merseyside derby on October 17, which is Liverpool’s first game after the international break.

Brazil international Alisson has been a key figure for Liverpool since arriving from Roma in the summer of 2018.

Asked when the 28-year-old might return, Klopp said: “No chance to play against Everton.

“Let me say, it could have been worse with that injury, that’s for sure.

“I don’t want to put a timeframe on it but four weeks could be possible, six weeks is maybe more likely, but I don’t know.

“We have to assess this thing.”

In Alisson’s absence, Liverpool conceded seven goals in a game for the first time since 1963.

Replacement goalkeeper Adrian was at fault for Villa’s opener but Klopp has backed him to prove a capable replacement for Alisson, as he did last season.

Klopp said: “People will go for Adrian and stuff like this.

“Yes, the first goal was not cool but, apart from that, I don’t think he had anything to do with all the other goals pretty much.

“We didn’t help him tonight.

“He’s a really good goalie who played 11 games for us last year and I think we won pretty much all of them.

“Tonight our goalie was not the problem.”