UK – Alen Babic continued the whirlwind start to his professional career as he bludgeoned Niall Kennedy to defeat in three rounds in Milton Keynes.

The aggressive Croatian heavyweight, known as The Savage, flew out from his corner at the first bell throwing bombs and did not stop until it was over. It was raw stuff from Babic, but Kennedy was just not good enough to keep him off.

“I wanted it to be faster, but he was pretty easy to hit so I didn’t have to go to the next gear,” Babic said. “I have around 50 rounds like this in me. It was not a good performance by me, I want better, but it’s a stoppage. 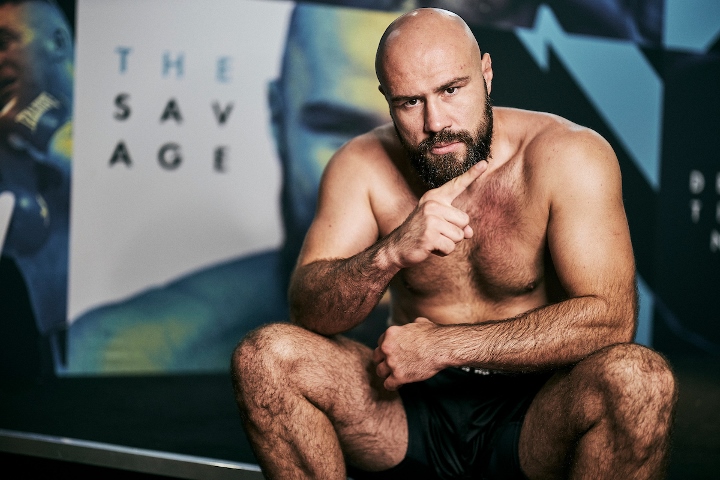 Kennedy smothered Babic’s first attack, but took a clean right soon after. Babic soon found a rhythm and pounded away with both fists. Any time Kennedy tried to punch, Babic countered and soon the Irishman was forced to hold.

Still, he saw out the first round and decided to stand and trade with Babic in the second. It was a tough three minutes for the Irishman. As Babic kept throwing bombs. One big left hook dropped Kennedy to his knees, although referee Ian John-Lewis ruled it a slip. But he was soaking up plenty of punishment.

Early in the third, Babic landed a big right and as Kennedy tried to move out of a corner, his legs gave way. He beat the count and John-Lewis allowed him to carry on, only to then dive in to stop the fight during Babic’s follow-up attack. The time of the stoppage was 34 seconds into the third round.

Aqib Fiaz recorded the best win of his fledging professional career as he was a points winner over Birmingham’s Kane Baker in a super-featherweight eight-rounder.

Baker did his best to pressure Fiaz throughout, but the 21-year-old prospect from Oldham was light on his feet and boxed at a high workrate. It helped him to build up a big early lead. As the rounds wore on, Baker started to have success, though, as he drew Fiaz into a fight.

Baker put Fiaz under constant pressure in the last three rounds, but Fiaz kept his technique together well, using his jab to allow him breathing space and picking his shots on the retreat. Referee Ian John-Lewis scored it 77=75 for Fiaz, Baker walking straight out of the ring as the score was announced.

John Hedges looked lucky to win his professional debut as referee Ian John-Lewis made him a 39-37 points winner over Jan Ardon in a super-middleweight four-rounder.

The 6ft 5in southpaw from Essex tried to keep Ardon off with his right jab but had little success as Arden kept low and landed well with looping shots.

The 18-year-old Hedges just looked too easy to hit as he kept his head high in the air, which proved an inviting target. It was Ardon who landed all the best scoring punches throughout, but John-Lewis gave him no reward for it.