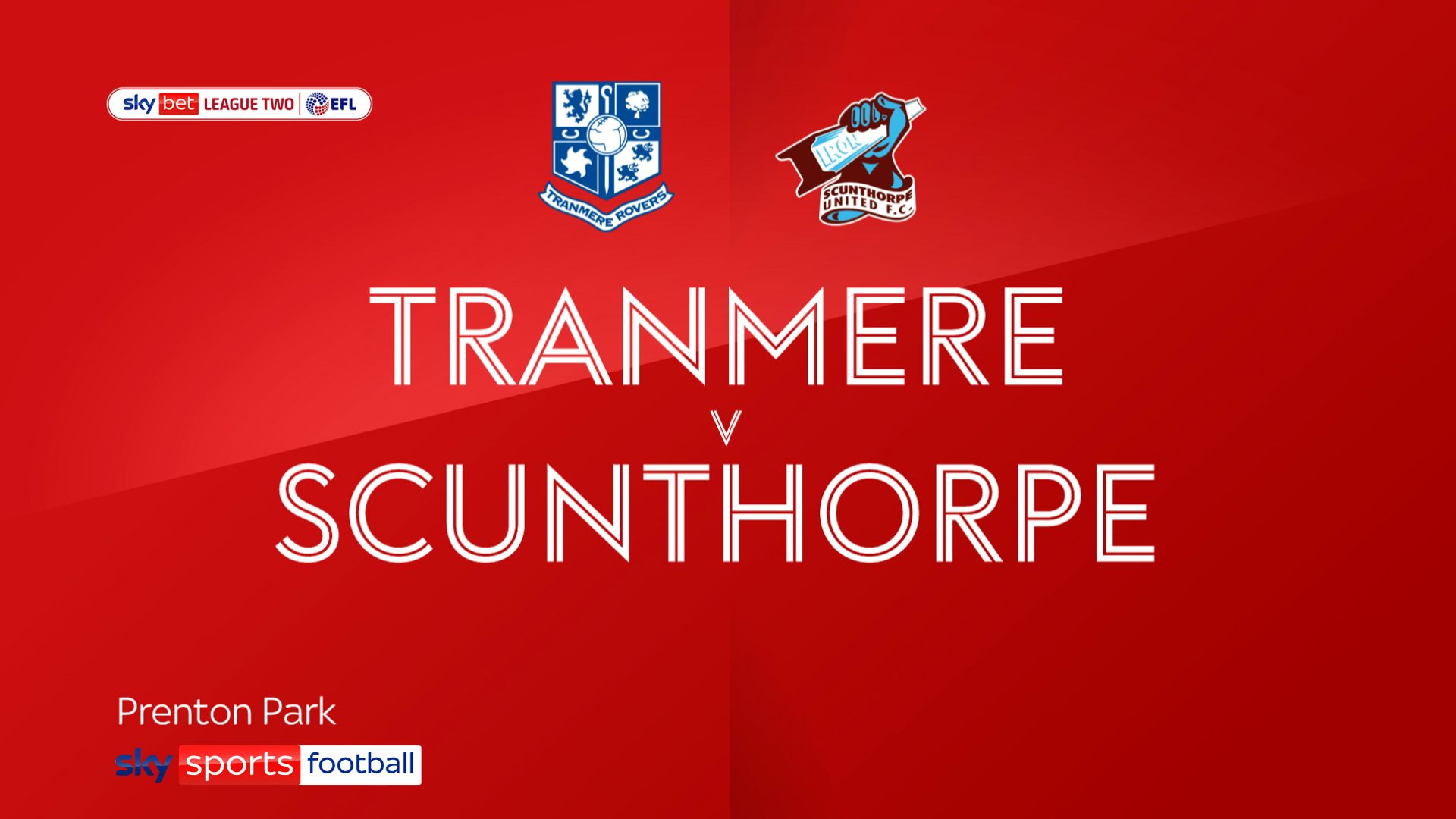 A James Vaughan double kick-started Tranmere’ campaign as they picked up their first three points of the season with a 2-0 win over Scunthorpe.

The striker bagged Rovers’ first league goal of the season in the first half before securing the victory midway through the second period.

Neither side showed any real quality to carve out a clearcut chance in a quiet opening 40 minutes.

But four minutes before the break, a well-worked move down the right from Tranmere saw substitute Paul Lewis cross for Vaughan.

He got in front of his marker before neatly sweeping the ball across the goalkeeper Rory Watson and into the net.

A more lively affair in the second period saw Vaughan double the lead 25 minutes from time as he calmly slotted home after the Irons failed to clear a cross.

Tyler Cordner denied the former Everton forward his hat-trick moments later when he headed an effort off the line, with Manny Monthe and Lewis spurning late chances to make the scoreline more emphatic.