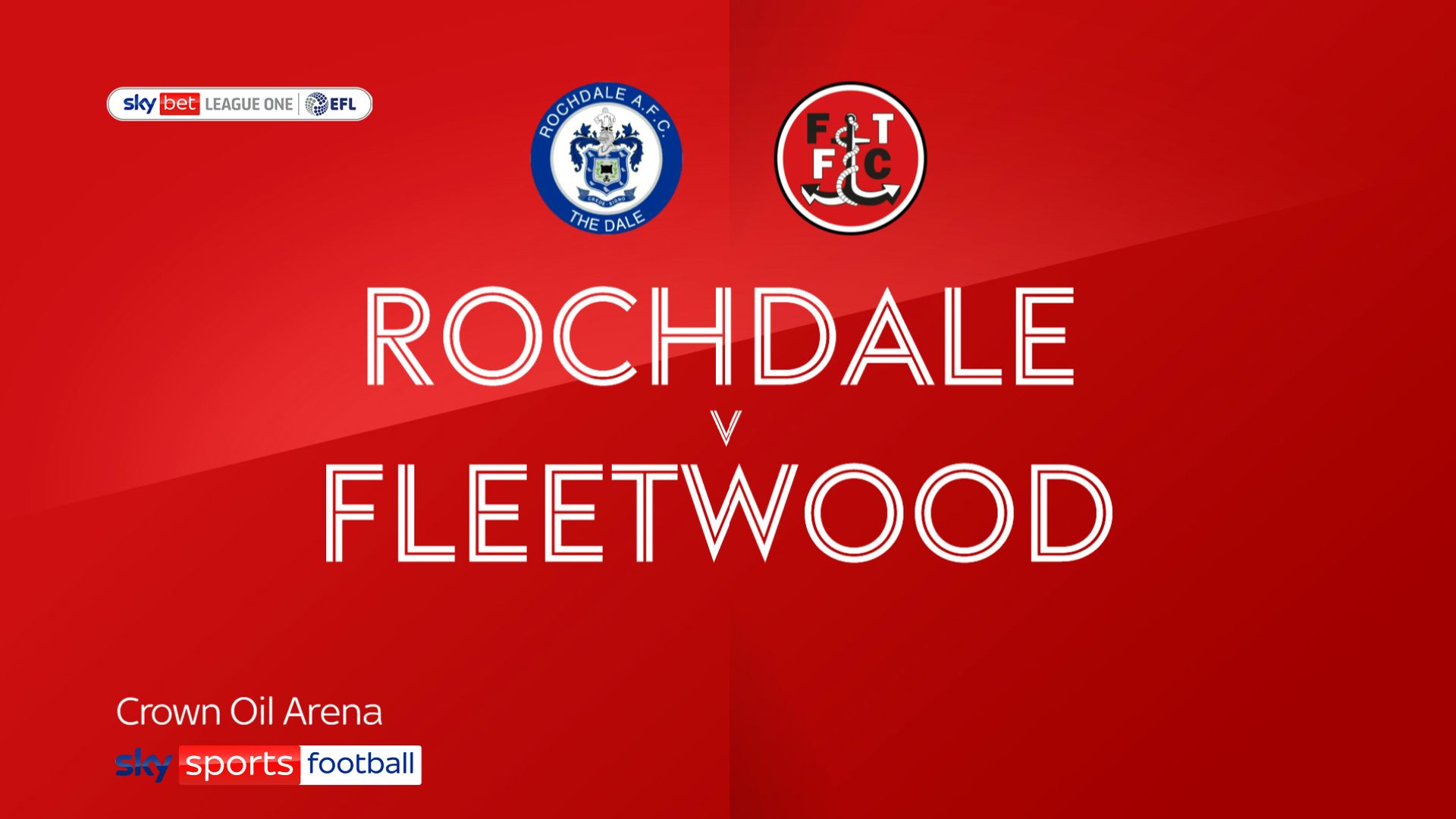 Fabio Tavares came off the bench to score a 90th-minute winner for Rochdale in a 2-1 victory against Fleetwood.

The home side dominanted the first half and saw penalty claims waved away when Alex Cairns challenged Jake Beesley.

Cairns kept out Ollie Rathbone’s header on 14 minutes but, from the resulting corner, Matty Lund climbed unchallenged to glance home.

Cairns palmed away a rising 25-yard effort from Lund and saves from Jimmy Keohane and Alex Newby ensured he was kept busy. The visitors, in contrast, had created just one opening by half-time, Paddy Madden’s drive from six yards blocked by Dale skipper Eoghan O’Connell.

Fleetwood boss Joey Barton made three substitutions early in the second half and one of the players introduced, Harvey Saunders, levelled on 78 minutes, sweeping home a Barrie McKay delivery from the left.

The visitors were close to a second when Dale goalkeeper Gavin Bazunu twice spilled crosses only for his defenders to spare his blushes.

Cairns saved brilliantly from Lund’s header but was beaten when he pushed Matty Done’s shot into the path of Tavares and the 19-year-old, only introduced in the 85th minute, slammed in the winner.