Srisaket Sor Rungvisai continues to remain active during the pandemic while on the hunt to restore old glory.

The former lineal junior bantamweight champion picked up his second win in two months, this time in a straight stay-busy contest as he battered Philippines’ Jomar Fajardo (17-17-2, 9KOs) inside of two rounds Saturday afternoon (local time) at Workpoint Studio in Bang Phun, Thailand. 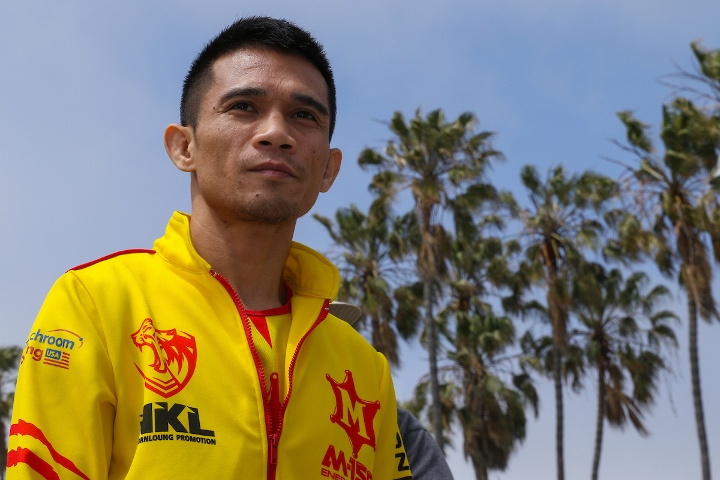 Sor Rungvisai (48-5-1, 41KOs) fought at the intimate studio lot just two months ago, scoring a 10-round unanimous decision over countryman and former flyweight king Amnat Ruenroeng this past August. The event was one of the more celebrated affairs in the region, even without the benefit of having fans in attendance.

It was also the first fight for Si Sa Ket’s Sor Rungvisai since losing his 115-pound crown in a furiously paced 12-round unanimous decision to Juan Estrada in their rematch last April in Inglewood, California.

Two judges had Petchmanee winning every round in which he remained upright, though the sense from those watching the livestream was that Adoian (7-2) did enough to earn the decision.

Petchmanee (7-0, 2KOs) was dropped late in round two, courtesy of a pair of right hands which willed him to the canvas. The unbeaten lightweight did his best to adjust defensively, dodging a right hand in round three only to get clipped with a left uppercut to once again go down.

Adoain was unable to close the show, ultimately costing him the fight. Petchmanee—a stablemate of Sor Rungvisai—staged a valiant comeback, connecting with uppercuts and left hooks to the body along with plenty of power shots upstairs with most of the bout spent at close quarters. His perceived heavier blows proved the difference in the eyes of two of the three judges in preserving his unblemished record.