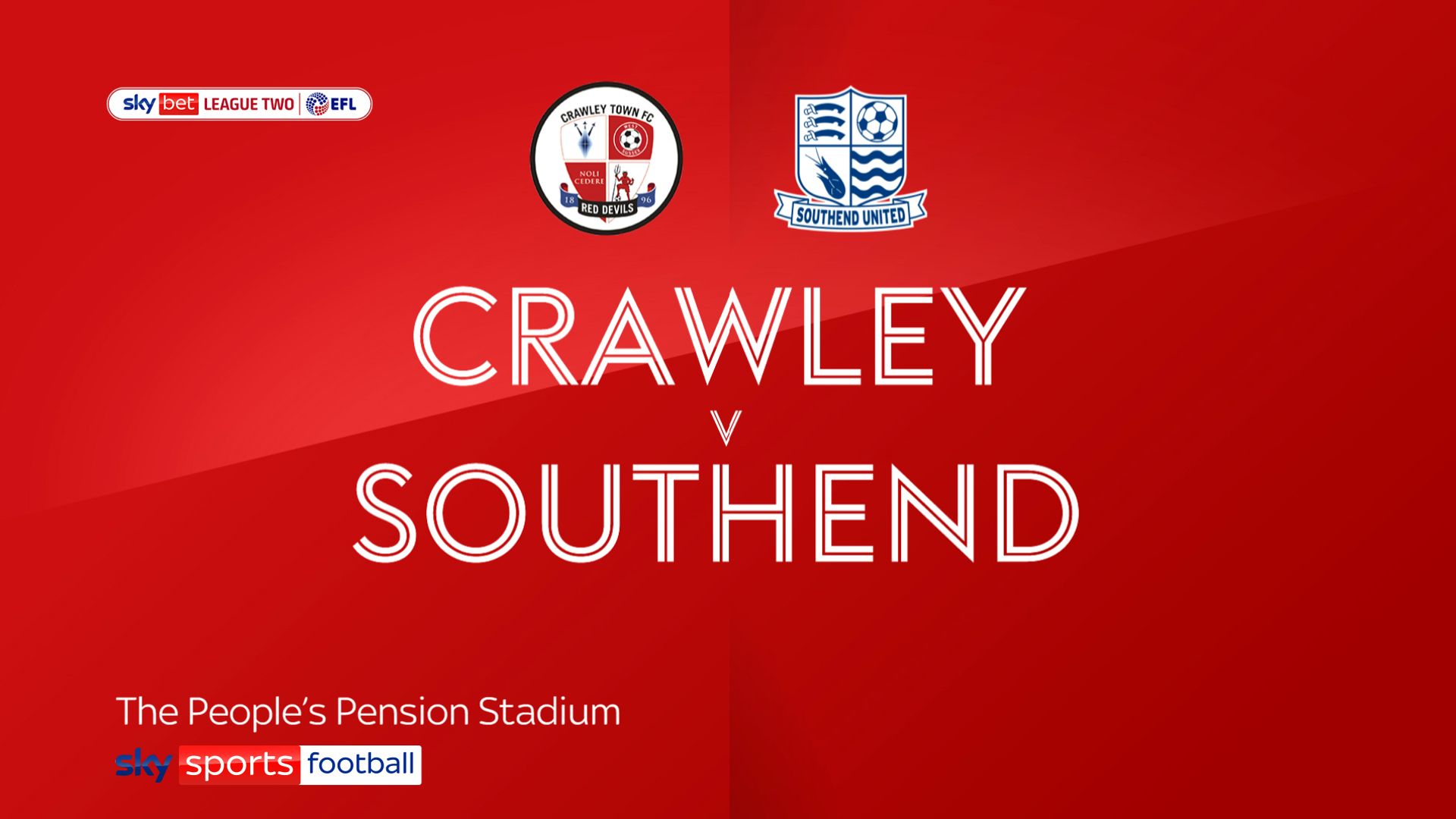 Nathan Ralph equalised in the 84th minute to give Southend their first point in four Sky Bet League Two games as they drew 1-1 at Crawley.

Striker Ashley Nadesan fired Crawley ahead mid-way through the first half but Southend never gave up and were rewarded with Ralph’s late leveller.

At the other end striker Tom Nichols narrowly failed to get on the end of a cross by Josh Doherty.

But the Reds broke the deadlock in the 21st minute when Doherty cut back a free-kick into the path of Nadesan, who fired his second goal of the season to the left of keeper Mark Oxley.

Tyler Frost should have doubled the advantage five minutes later when clean through, but he was thwarted by Oxley on the edge of the area.

Southend defender Ralph headed over and Emile Acquah was denied by the alert Morris.

The hosts had a let off with 21 minutes left when Frost wastefully shot over.

And the miss was punished when Ralph volleyed in a fine cross by Terrell Egbri.