Baranchyk’s promoter is confident that his fighter learned plenty from the lone loss of his career, a 12-round unanimous decision to IBF/WBA champion Josh Taylor. Russia’s Baranchyk will fight for the second time Saturday night since losing his IBF 140-pound crown to Taylor 16 months ago.

If Baranchyk beats Jose Zepeda, he’ll have produced his most impressive victory since he turned pro six years ago. ESPN+ will stream the 10-round bout between Baranchyk (20-1, 13 KOs) and Zepeda (32-2, 25 KOs, 2 NC), of La Puente, California, as the main event of an eight-bout card from MGM Grand Conference Center in Las Vegas.

“I think Ivan is capable of beating anybody on any given night,” DiBella told BoxingScene.com. “What I think [defeating Zepeda] does is it pretty much assures him a title shot somewhere in 2021. There’s not a single a 140-pounder in the world that he’s not capable of beating, because I do think he’s the hardest-punching 40-pounder out there. He’s a little wild. ‘The Beast’ moniker fits him, and he is incredibly fan-friendly. There are very few fighters who are more fan-friendly than Ivan.” 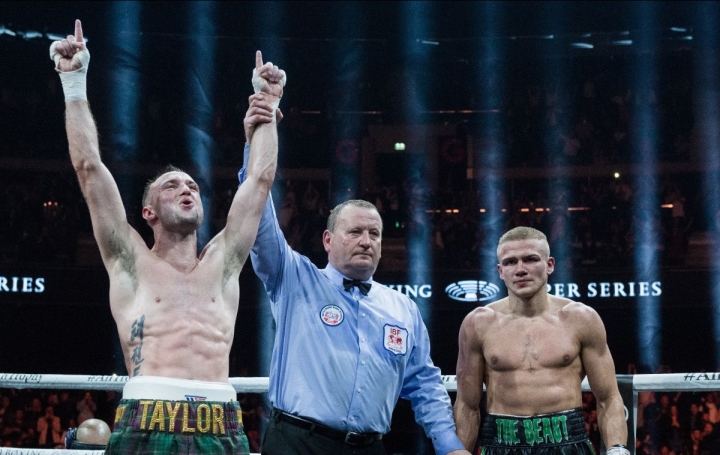 Scotland’s Taylor (17-0, 13 KOs) dropped Baranchyk twice during the sixth round of their 12-round fight for Baranchyk’s belt in May 2019 at The SSE Hydro in Glasgow. Baranchyk withstood those two knockdowns, but he lost what otherwise was a competitive fight on all three scorecards (117-109, 115-111, 115-111) in the semifinals of the World Boxing Super Series’ 140-pound tournament.

“He learned a lot from the Taylor fight,” DiBella said. “He learned he can come back. If he’s taking anything positive from that fight, he looked like he was out of it against Taylor, but he fought back and he made it a contest. If he takes anything out of that fight, it’s that under the worst circumstances, he’s still capable of competing with the very best. Because he had the most f*cked-up, abbreviated, unfair camp prior to that fight. He didn’t know that he was fighting until less than a month before the fight. Everything went wrong, and his performance, under the circumstances, in my mind was admirable.

“I thought he gave a good account of himself under those circumstances. And believe me, Josh Taylor knew he was in a f*cking fight. I don’t think there’s anyone that Ivan’s not capable of competing with or beating – nobody. I also think he is very much a 40-pounder. He’s not a guy that’s gonna explode in weight or move up to ’47 quickly. I don’t think he’s in a rush to get out of that division.”