Regis Prograis isn’t ready to let his ongoing feud with Maurice Hooker end without an actual fight in the ring.

The twice-canceled matchup of former junior welterweight titlists has left Prograis out of the ring since his title-losing effort to Josh Taylor in their World Boxing Super Series 140-pound final last October. Prograis and Dallas’ Hooker (27-1-3, 18KOs) were due to meet at a maximum catchweight of 143-pounds on April 17, only for the initial wave of the ongoing coronavirus pandemic to cancel the event.

Efforts to reschedule the bout for earlier this summer proved futile, with the two sides unable to compromise on a renegotiated catchweight. The two went their separate ways, but not before taking parting shots at one another. Nor is it believed that it will be the last time they hear from one another.

“It’s a buildup now,” Prograis said of the longstanding rivalry, in a recent interview on The PBC Podcast with Kenneth Bouhairie and Michael Rosenthal. “We honestly don’t like each other.” 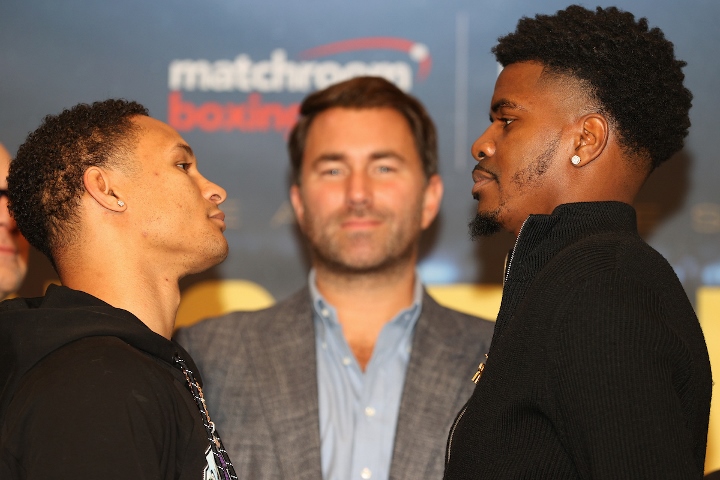 The initial catchweight was already a compromise for New Orleans-born Prograis (24-1, 20KOs), who still has designs on reclaiming a junior welterweight belt. When the fight was reintroduced for a potential August 15 date on DAZN-USA, the 31-year old southpaw was prepared to offer one last concession in order to cross the finish line.

“I guess when they rescheduled it, [Hooker] was eating,” Prograis recalled of the struggles to bring the resurrect the anticipated matchup. “He got real big. I saw a picture of him, he got huge. Rumors had it that he was around 190 pounds. He looked huge. I saw him jumping rope, he had a stomach, his face was all big. So he was like, “We’re going to 147.” In my mind, I was like I’m not going to 147. I want to be a world champion again. I want to be a two-time champion before I go to 147.

With the fight officially declared dead at the negotiating table, efforts were made to get Prograis back in the ring in a stay-busy type fight. Ever the workhorse, the former titlist—who claimed a belt in a 6th round knockout of Kiryl Relikh last April in Lafayette, Louisiana—remained hard at work in the gym, taking on his third training camp of the year of the belief that this one would be the charm.

Instead, he was left with nothing to show for it along with starting fresh on the promotional side. Prograis and his management team—headed by Churchill Boxing’s Sam Katkovski—bought out the remaining balance on his contract with Hall of Fame-elected promoter Lou DiBella, opting to serve as a promotional free agent moving forward.

The move led to his signing a one-fight agreement with Premier Boxing Champions (PBC), where he will debut in an October 31 clash with unbeaten Juan Heraldez (16-0-1, 10KOs). The bout comes in supporting capacity to the recently relocated Showtime Pay-Per-View headliner between Gervonta Davis and Leo Santa Cruz, with the event now taking place in San Antonio.

Prograis’ ultimate goal is a rematch with Taylor (17-0, 13KOs), now a unified titlist, or even a shot at the division’s other unbeaten and unified titlist in Jose Ramirez (26-0, 17KOs). That line continues to grow, primarily since Ramirez and Taylor are currently negotiating for an undisputed showdown in the first quarter of 2021.

Absent a title fight for his next adventure, Prograis would love nothing more than to figure out a way to get Hooker back in the ring.

“I can’t say I don’t like him like that. But he said he would slap me. So I responded to that,” notes Prograis of the extension of their growing rivalry. “I called him a bitch, I called him a pussy, stuff like that. We have history. We fought in the Texas championships. We fought when we was in the amateurs. I won but he talks like that he won. I have the fight on YouTube for (fans) to judge (for themselves).

“I think that fight will happen one day. It’s a buildup. I think it’s something that people do want to see.”