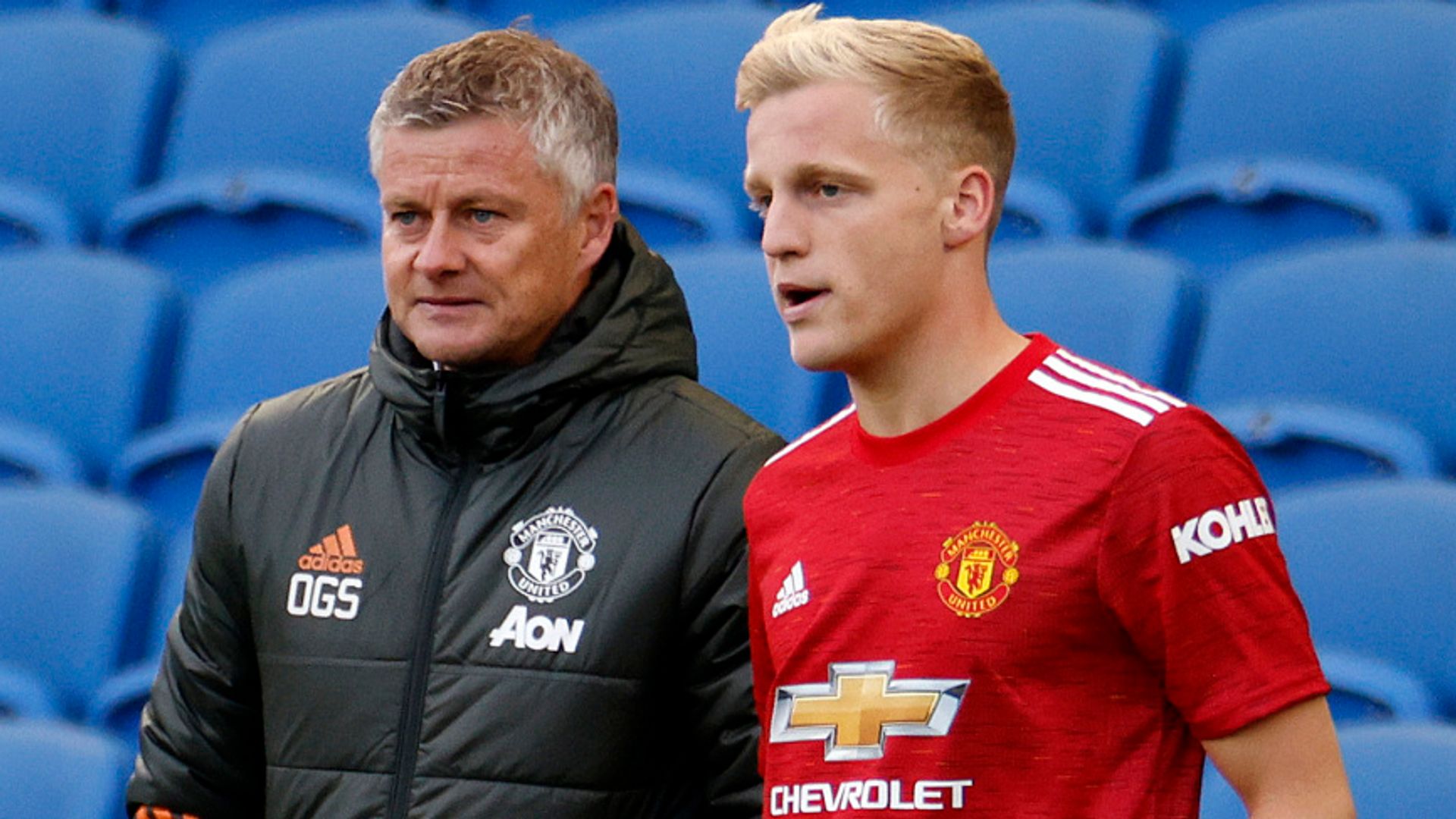 On the latest Transfer Talk Podcast, Rory Smith insists Manchester United’s biggest problems are not to do with transfers, despite signing just one player this summer.

Fans, pundits and critics have been vocal in recent weeks with United trailing other big-six sides in their summer spending, with Donny van de Beek the one and only arrival, and the Jadon Sancho saga still ongoing before the October 5 deadline.

But New York Times’ chief soccer correspondent Smith says United’s spending over previous years is being ignored, and insists manager Ole Gunnar Solskjaer should not be immune from criticism, overseeing one of the world’s most expensive teams.

“I don’t think Manchester United’s problem is to do with transfers, to be perfectly honest. Gary Neville said earlier this week that the board have to deliver players for Solskjaer.

“They’ve spent a fortune pretty much every year, and at some point, the flaws in the team have to be attributed to the coach. I’m not saying Solskjaer needs to be sacked, or that he’s done a bad job, but the way football works is that the clubs do their best to get you the players, and I don’t think anyone can seriously say that Manchester United have been stingy in the transfer market. They’ve got one of the most expensive squads in world football.

“Ultimately it’s up to the coach to make the best of it, and I’m not sure Solskjaer can be immune from criticism forever, and that the solution every single summer should be to spend £100m, £150m on players.

“That being said, I think Donny van de Beek is a good signing and they may need one or two more in the next couple of days, because otherwise, given how compressed the schedule is this season, they haven’t solved that depth problem. So there is a legitimate complaint there.

“But football is not just about signing players. There’s other stuff too, and we almost forget that at times.”

Despite years of speculation over a sporting director appointment, and links with several names across Europe, United are still without a figure to oversee transfers while embedding the top-to-bottom philosophy of the club.

Smith believes the names they have been linked with over recent years have been transfer specialists, but believes they need someone with a long-term vision, not just someone to oversee negotiations.

“They’ve promoted Matt Judge into a similar role to a technical director in a sense that he oversees the transfer business, but I don’t think that’s necessarily the most important use of that position.

“I think what you need in a sporting director role is someone who has an overall vision for what the club should be, this year, next year, five years or 10 years down the line.

“And I still don’t get the impression that United have zeroed in on that self-definition. I think that is the thing that holds them back.

“It’s interesting that whenever they are linked with sporting directors, they are deal makers. Like Giuseppe Marotta at Inter, Fabio Paratici at Juventus.

“They’re not the people who oversee every aspect of a club, and ensure the philosophy is embedded top to bottom. They know how the market works, they’ve got the contacts, they’re in with the right agents and have the networks that can help. It’s all to do with transfers.”

Several of Ole Gunnar Solskjaer‘s former team-mates have been outspoken on Manchester United‘s spending in recent days, but the manager insists he has been backed.

Jamie Redknapp has told Pitch to Post he is convinced Manchester United will land their No1 transfer target Jadon Sancho by the end of deadline day, but why is he key and where else must they strengthen?

Listen to this week’s Pitch to Post Preview show to also hear Redknapp on how United will get on against Tottenham in their Sky Live Super Sunday clash, and why Liverpool are “red hot favourites” for the Premier League title. Plus we tell the story of Marcelo Bielsa and Pep Guardiola’s relationship, and get the latest from Sheffield United and Wolves. Plus Adam Bate makes his bold Pitch for something he expects to happen this season…