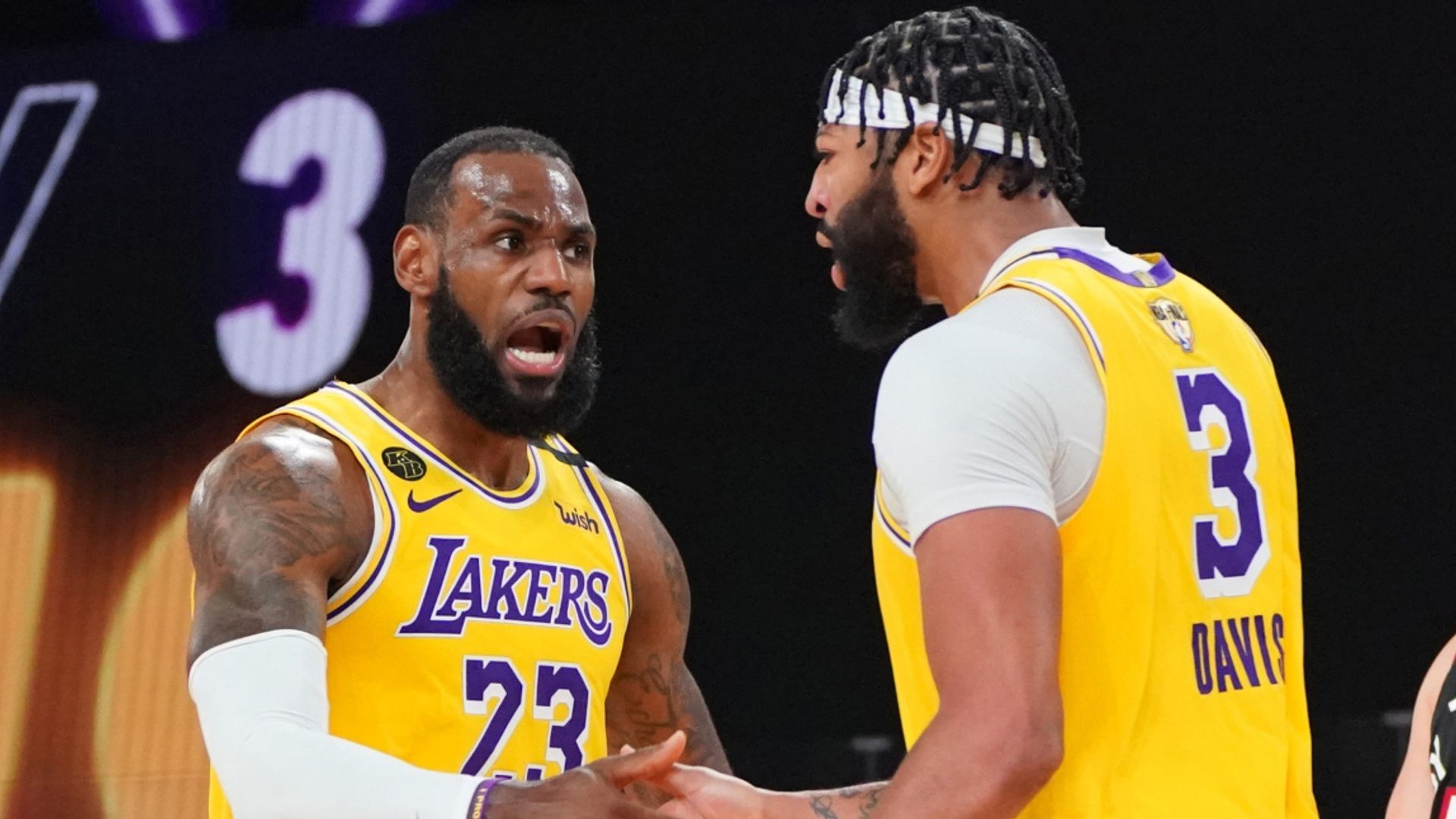 LeBron James says one of the reasons the Los Angeles Lakers are thriving is because he and fellow superstar Anthony Davis are not jealous of one another.

Unseemly for an alpha male, jealousy can crater relationships between players of such ilk on the same team, according to Lakers forward James.

That’s why the All-NBA superstar holds Davis in such high regard.

“Jealousy and envy [have] killed a lot of great things, not only in sports, but in general,” he said. “If you are able to just throw your egos to the side but continue to bring that confidence of what you are trying to do – not saying it’s that easy – but for us, it’s that easy when it comes to our relationship. We are not jealous of each other. I think that’s the best thing.”

The evidence continues to present itself on the court, where the duo combined for 59 points in Los Angeles’ 116-98 rout of the Miami Heat in Game 1 of the NBA Finals on Wednesday night.

Nobody expected such a simpatico flow between the stars last summer, but it’s precisely what the organisation craved when bringing in Davis via a July trade from New Orleans in exchange for Lonzo Ball, Brandon Ingram, Josh Hart and a slew of draft picks.

Davis becomes an unrestricted free agent at the conclusion of the Finals, and prefers to keep the focus on now, instead of the future. Undoubtedly, his close relationship with James paired with winning a first NBA title could go a long way toward keeping the power forward in purple and gold on a long-term deal.

That could ensure the Lakers remain in the mix for championships for years to come.

“In professional sports, you have guys that join forces to become alpha males; that’s what they call them,” James explained. “Two guys that have been dominant in a specific sport on their own respective teams, they get together, and they talk about how dominant they can be, and they talk about this is going to be this and that.

Interestingly, James’ thoughts on the relationship with Davis came the same day former team-mate Kyrie Irving uttered remarks that were sure to offend a few team-mates from the past. Now paired with Kevin Durant as a Brooklyn Net, Irving spent some time on the debut episode of his new team-mate’s podcast, The ETCs with Kevin Durant. Irving was asked whether he or Durant would take the final shot for Brooklyn with the game on the line.

“Depends on who’s hot,” Irving said, before adding later that “I felt like I was the best option on every team I’ve played for down the stretch. This is the first time in my career where I can look down and be like, ‘That [expletive] can make that shot, too.”

If we are being honest, so could James. He still can.

James captured a championship in 2016 with Irving and the Cleveland Cavaliers, and is now three victories away from winning his fourth ring to join team-mate Danny Green, Robert Horry and John Salley as the only players to win titles with three different teams.

Davis jokingly admitted that James’ hardware is the only thing worth a little envy these days.

“But he made a promise to me, and so far, he has kept it,” Davis said. “Hopefully, I don’t have to be envious of that much longer.”

Watch Game 2 of the NBA Finals between the Miami Heat @ Los Angeles Lakers live on Sky Sports Arena in the early hours of Saturday morning (1:45am); full Game 2 replay also on Arena at 1pm on Saturday