Haney (24-0, 15 KOs) is fighting for the first time since November 2019 after recovering from a right shoulder injury and taking out Alfredo Santiago on the undercard to the Logan Paul vs. KSI card in Los Angeles. 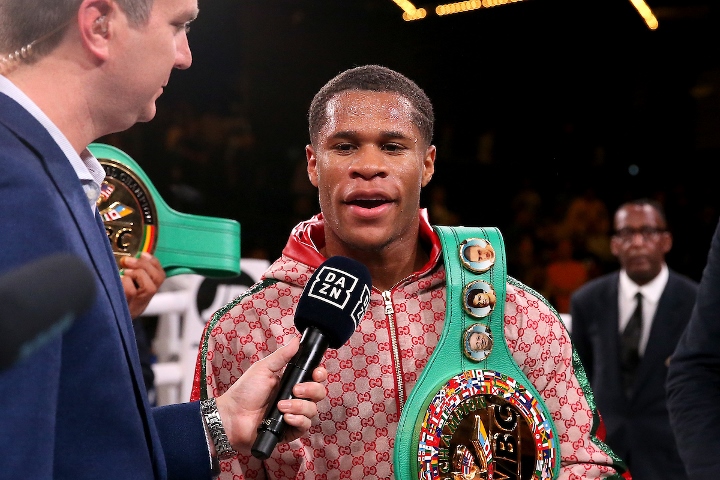 Gamboa (30-3, 18 KOs), a former unified featherweight champion, has a big edge in experience with fights against Terence Crawford, Orlando Salido, Gervonta Davis and several others.

In his last fight, in December 2019, he was stopped in the twelfth round by Davis. Gamboa had suffered an injury to his Achilles during the fight and he underwent surgery earlier this year.

Haney wants to make a statement by taking out Gamboa in more impressive fashion that Davis did. And at the same time, he is not overlooking the Cuban veteran.

“Yuriokis Gamboa is a dangerous and experienced fighter,” said Haney.

“He’s a former unified world champion, and he has been in the ring with some of the best. He hurt Terence Crawford with a big shot, so his power is not to be ignored. He beat Orlando Salido who beat Vasiliy Lomachenko. Less than a year ago he took Gervonta Davis into the twelfth round, something no one has ever been able to do. Gamboa is a true warrior and I’m not taking him lightly.

“I’ve called out all the top names, and I finally got someone who will challenge me for my title. I intend on making a statement in this fight. My hunger is on another level. It’s time to show the world who the best fighter in boxing is and that’s me!”