Tickets to the first major boxing event in the United States that’ll allow fans since the COVID-19 pandemic began will go on sale Monday.

Premier Boxing Champions announced Friday afternoon that tickets to the Gervonta Davis-Leo Santa Cruz card October 31 at Alamodome in San Antonio will be released in “pods.” Tickets, which should be available in blocks of two and four per customer, can be bought by visiting ticketmaster.com, starting at 10 a.m. CT.

Ticket prices were not mentioned in PBC’s press release.

PBC moved the Davis-Santa Cruz card to Alamodome earlier this week because a limited number of fans will be permitted to attend. Fans would not have been allowed if the show took place at Mohegan Sun Arena in Uncasville, Connecticut, the venue from which Showtime televised a pay-per-view event Saturday night that featured Jermall Charlo and Jermell Charlo. 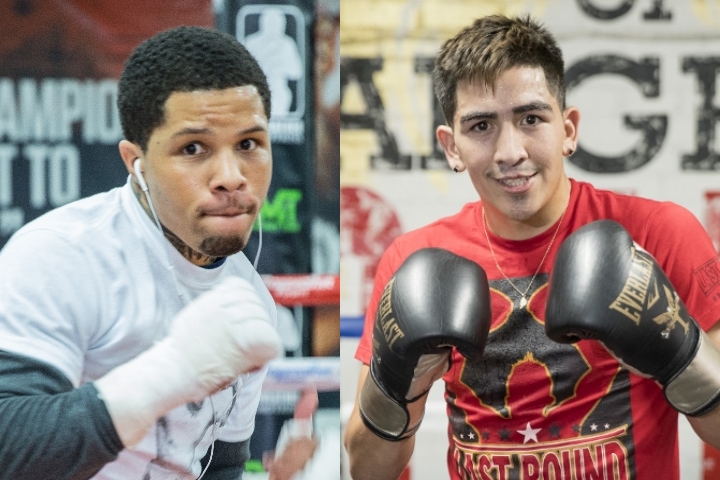 PBC didn’t reveal the exact capacity, per social-distancing guidelines, for the Davis-Santa Cruz event. Alamodome’s capacity under ordinary circumstances for football and basketball games is listed as 64,000.

Fans will be required to wear masks to attend the Davis-Santa Cruz card and will be screened upon entry to Alamodome, in accordance with CDC guidelines. Tickets will be distributed in the aforementioned pods to properly distances attendees from people they don’t know.

For more information on the venue’s comprehensive health and safety plan for the Davis-Santa Cruz show, visit Alamodome.com.

Co-promoters of the Davis-Santa Cruz show wanted to hold it at Dignity Health Sports Park’s outdoor soccer stadium in Carson, California. Once it became clear fans wouldn’t be allowed to attend sporting events in California in time to put tickets on sale for Davis-Santa Cruz, co-promoters began exploring sites in Texas.

To bring the event to Alamodome, an indoor stadium, PBC and Showtime had to change the date of Davis-Santa Cruz from October 24 to October 31. Alamodome is booked for October 24 because the University of Texas at San Antonio has a home football game scheduled for that afternoon against Louisiana Tech.

AT&T Center in San Antonio, home of the NBA’s Spurs, is available October 24. Alamodome is much bigger than AT&T Center, however, and therefore more conducive to adhering to social-distancing guidelines.

Baltimore’s Davis (23-0, 22 KOs) and Santa Cruz (37-1-1, 19 KOs), of Rosemead, California, will fight for Santa Cruz’s WBA “super” 130-pound championship and Davis’ WBA world lightweight title in their 12-round main event. Their contracted weight limit is 130 pounds, despite that Davis’ version of the WBA’s 135-pound title will be at stake.