Mark Breland, who has served as Deontay Wilder’s co-trainer for his entire 12-year professional career, will no longer be part of his team as Wilder prepares for a third fight against heavyweight champion Tyson Fury.

“That was the decision that was made,” Shelly Finkel, Wilder’s co-manager, told BoxingScene on Friday. “After his next fight it will be determined if the right decision was made or not.”

Finkel, who managed Breland during his professional boxing career, brought Breland into Wilder’s camp when Wilder turned pro believing he would help him perfect his jab and bring a wealth of experience. 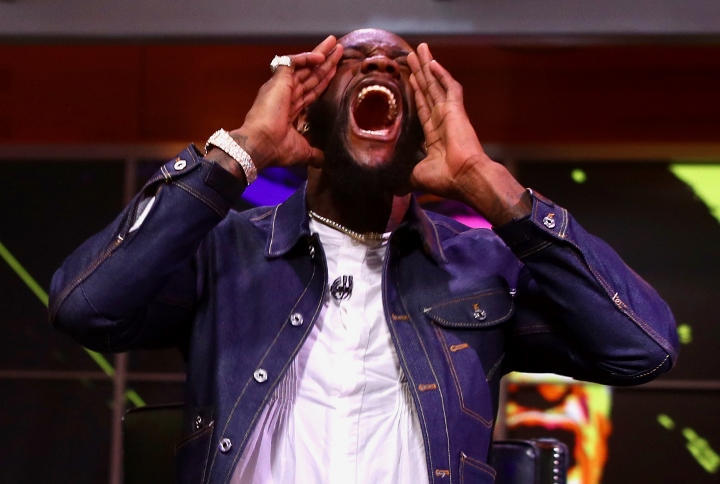 Co-trainer/co-manager Jay Deas, who has trained Wilder since he was an amateur, who claimed a bronze medal in the 2008 Olympics, remains in the corner and will get Wilder ready for the third go-round with Fury, Finkel said.

Fury and Wilder fought to a disputed draw in their first fight in December 2018, despite Wilder scoring a pair of knockdowns. However, Fury dominated the rematch on Feb. 22 at the MGM Grand in Las Vegas.

Fury (30-0-1, 21 KOs), 32, of England, knocked Wilder (42-1-1, 41 KOs), 34, of Tuscaloosa, Alabama, down in the third round with a right hand to the head and with a body shot in the fifth round en route to a dominating seventh-round stoppage as he retained the lineal title and took Wilder’s WBC crown. The fight ended when Breland threw in the towel as Fury was pounding Wilder.

Deas was critical of Breland’s decision during the post-fight news conference.

“Mark threw the towel. I didn’t think he should have,” Deas said at the time. “Deontay is the kind of the guy that goes out on his shield. He will tell you straight up — don’t throw the towel in.”

Wilder was also extremely upset that Breland threw in the towel.

“For Mark to do it, I was very heartbroken,” Wilder said soon after the rematch. “If I say statements like I want to kill a man (in the ring) then I have to abide by those same principles in the ring of him doing the same thing to me. I’d rather die than go out with someone throwing the towel in.

“(Breland) knows these things. It’s been premeditated. I’ve said this for many years. I told all my trainers, no matter how it may look on the outside, no matter how you may love me or have that emotional feeling don’t make an emotional decision and do not ever throw that towel in because my pride is everything. I understand what it looks like but when you have power like me I am never out of a fight, no matter what the circumstances. I’m never out of a fight.”

Initially, Wilder said he would spend some time thinking about whether he wanted to have Breland, an Olympic gold medalist and a former two-time world champion as a professional before beginning to train fighters, remain part of his corner. A few days later, on Feb. 28, Wilder said he would keep Breland on his team.

“I’m a warrior. I feel the same way I felt on fight night — if I have to go out I want to go out on my shield,” Wilder said in announcing his decision. “But I understand that my corner and my team has my best interest at heart. Mark Breland is still a part of Team Wilder and our team looks forward to preparing for the (trilogy fight).”

Now, Wilder has changed his mind as he gets ready for their third fight, which is tentatively supposed to take place in December at Allegiant Stadium in Las Vegas in the main event of a joint pay-per-view between ESPN, Fury’s broadcaster, and Fox, which televised Wilder’s fights.

Raducanu voted WTA Newcomer of the Year after historic year