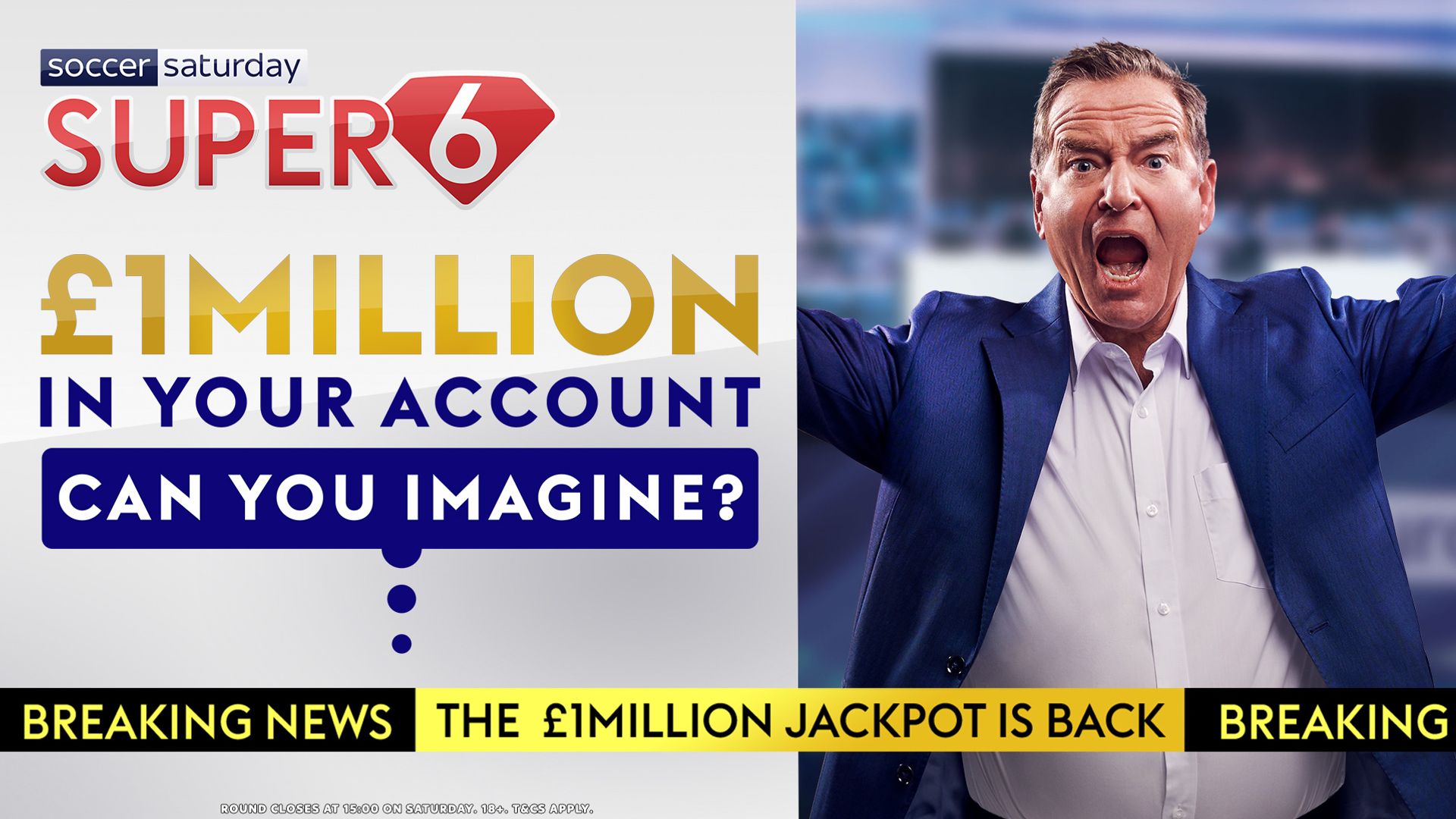 You read correctly. The £1m jackpot has not been scooped this season and is STILL up for grabs. Enter six correct predictions to steal the goods.

Form is always a key consideration when selecting your predictions, so the Super 6 website can be a useful tool in swaying your decision.

There is £1m on the line, so you must consider your selections wisely. Here is some information on the matches involved which could help, or hinder, your choices.

Everton have had the perfect start under Carlo Ancelotti. Not many could foresee it, and even more so the whirlwind of s start to the campaign for Dominic Calvert-Lewin. He has hit the back of the net in three consecutive Premier League matches, with a hat-trick against West Brom in between goals against Tottenham and Crystal Palace.

Calvert-Lewin even fired home a hat-trick against West Ham in the Carabao Cup on Wednesday, making it almost impossible for Gareth Southgate to exclude the striker from his recent England squad announcement.

It was the opposite type of fortune for Brighton attacker Leandro Trossard last weekend, who struck the woodwork three times in his side’s 3-2 defeat to Manchester United. It was not for the want of trying, but with one goal and one assist to his name already, the Belgian could be the one to lock open the Everton defence, alongside the dangerous frontman that is Neal Maupay.

Nevertheless, these are two teams who have had excellent starts to the season respectively, particularly when you take into account Brighton’s losses against Chelsea and Manchester United, which on other days could well have been a different outcome.

Brighton will come to play once again at Goodison Park, especially with Graham Potter opting to play three at the back this campaign. Lewis Dunk, Adam Webster and Ben White have started the season in fine fashion and will continue to play their way out of trouble.

The new recruits in Everton’s midfield seem to have been working the treat, with Allan and Abdoulaye Doucoure playing their part in Everton’s opening three victories. Among those were James Rodriguez, a player who signed with many speculating as to whether he would be able to still cut it in the Premier League.

One goal and one assist into his Everton career, and you can see why fans are excited about the signing of Rodriguez. Linking up with Richarlison and Calvert-Lewin should be a joy watch, as this game should be.

There will be goals and an entertainment value involved with this match, but the sheer momentum that Everton have built should allow Ancelotti’s outfit to get over the line, making it four wins from four in the process.

The Best of the Rest

Said Benrahma is somehow still a Brentford player, and that was made quite evidently clear by his brace which knocked Fulham out of the Carabao Cup on Thursday. Michael Hector could possibly still be having nightmares about the nutmeg that led to one of Benrahma’s superb strikes.

The attacking midfielder remains available in the market, with Brentford keen for exactly that to close. They welcome a Preston side who are yet to win this season and sit on just one point after three games.

It is a tale of two opposites at the City Ground, as Bristol City travel to face Nottingham Forest. The hosts have lost all of their opening three fixtures, losing 1-0 to Huddersfield on their last outing, while Bristol City have registered three wins in succession, easing past Sheffield Wednesday 2-0 in their latest victory.

Could you be about to become a millionaire in the next 24 hours? Do not miss your free chance to enter, and select your six predictions by 3pm Saturday.