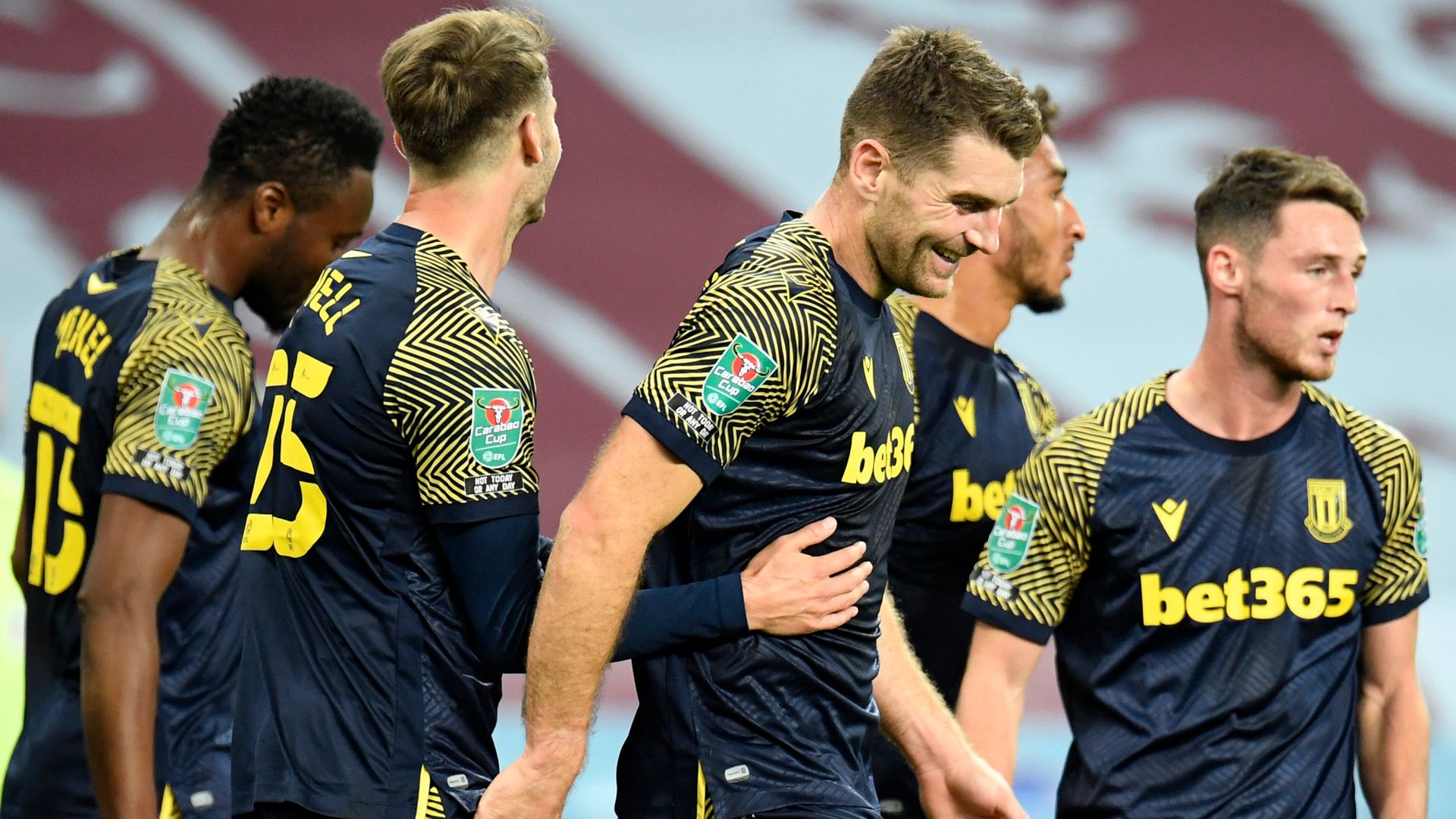 Villa have impressed during their opening two Premier League games, but lacked rhythm as Dean Smith made 11 changes to the side that beat Fulham 3-0 at Craven Cottage on Monday.

Stoke were good value for their victory, handed to them by Vokes’ flick-on at the near post from Jordan Thompson’s corner, and he ought to have doubled his tally from close range in the second period.

The hosts offered very little to trouble Adam Davies in the Stoke goal with Anwar El Ghazi coming closest to forcing penalties with a low drive.

How Carabao Cup runners-up went out

This was the first League Cup meeting between Aston Villa and Stoke since October 1962, which Villa won 3-1 – but both sides made wholesale changes with their priorities lying elsewhere. Smith reverted to the same side that beat Bristol City 3-0 in the previous round, but the hosts lacked fluidity during the opening period.

Stoke, who entered the tie unbeaten in their last seven away matches against Villa in all competitions, fired an early warning when Nick Powell cut in from the left and curled a shot wide before the former Manchester United player was wayward with his free-kick moments later.

Vokes ought to have broke the deadlock when he rose to meet Josh Tymon’s cross from the left but he was unable to direct his header on target. Powell then found his shooting boots as his first-time effort from the edge of the box forced Jed Steer into a fine save – but the visitors took the lead from the resulting corner.

Thompson’s near-post set piece was met superbly by Vokes’ glancing header that Ahmed Elmohamady could not keep out on the line. The setback shook Villa into life as Frederic Guilbert’s cross five minutes later was headed wide from point-blank range from Henri Lansbury. It was the closest they came to an equaliser before the interval.

There was a further blow for Smith 12 minutes into the second period when Kortney Hause was forced off with what appeared to be a groin injury and was replaced by Ezri Konsa, moments after Vokes had missed another fine chance from another wicked Josh Tymon cross.

The Potters are yet to concede in any of their four games in the competition this season, and Davies was in the right place to fall on Anwar El Ghazi’s shot as Villa looked to assert themselves at the start of the second period.

Aston Villa were looking to reach the League Cup quarter-final in consecutive seasons for the first time doing so in 2009/10 and 2010/11 – but it was only after the introduction of Ollie Watkins with 19 minutes remaining that Davies was tested as the former Brentford striker forced a fine one-handed save from the edge of the box.

Steer went forward for a corner in stoppage time as Villa desperately sought to take the game to penalties but Stoke held on to reach the League Cup quarter-final for the first time since the 2015/16 campaign.

The Carabao Cup quarter-finals take place on December 22/23, with all four ties to be broadcast live on Sky Sports.

Stoke host Birmingham City in the Sky Bet Championship on Sunday at 3pm.