Live boxing will make its long-awaited return to Italy on Friday October 23 with a stacked show at the Allianz Cloud in Milan behind closed doors, almost a year on from the last Matchroom Boxing Italy and OPI Since 82 promoted show in the country, with all of the action shown exclusively on DAZN.

Main event on huge evening of boxing sees Florence’s Fabio Turchi (17-1, 13 KOs) attempt to bounce back from a first career defeat last time out in Trento as he takes on Latvia’s Nikolajs Grisunins (12-1-1, 5 KOs) for the vacant IBF International Cruiserweight Title.

‘Stone Crusher’ was building strong momentum in his homeland with impressive knockout wins over Tony Conquest and Sami Enbom, both live on DAZN, before he suffered a first loss at the hands of Tommy McCarthy in October last year, surrendering his WBC International Title in the process. 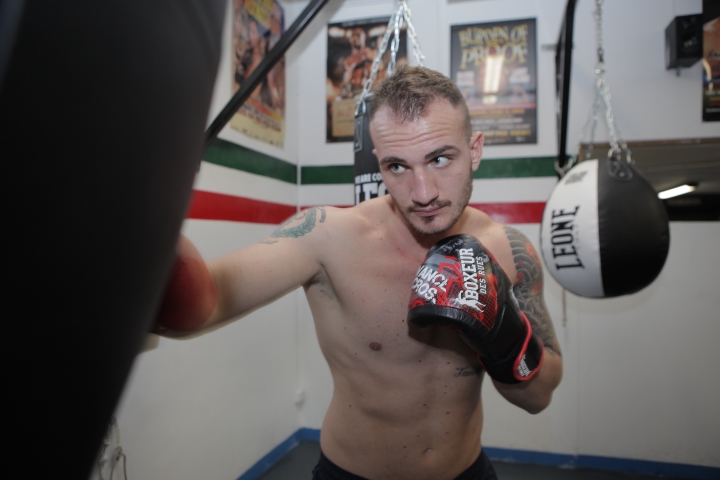 The 27-year-old southpaw is eager to put that loss behind him and resume his push towards a World Title shot, knowing that a win over fellow southpaw Grisunins will help maintain his reputation as one of the rising stars of Italian boxing.

“After what will be nearly a year of no events in Italy due to the ongoing coronavirus pandemic, I’m delighted that we are returning on October 23 with our partners at OPI Since 82,” said promoter Eddie Hearn. “We were building great momentum with packed out shows since our launch event in November 2018, and I can’t wait to welcome fans back into the arena when it is safe to do so. Watch all of the action live and on demand on DAZN!”

“After these difficult and unprecedented times, we are glad to bring back Italian boxing live on DAZN,” said Christian Cherchi of OPI Since 82. “We are looking forward to watching Fabio Turchi back in a championship fight as he looks to resume his climb up the Cruiserweight rankings. The Welterweight tournament between Prodan, Cristofori, Morello and Scarpa will provide fireworks, and it is always good to see an undercard featuring some of the best Italian prospects. Don’t miss it live and on demand on DAZN!”