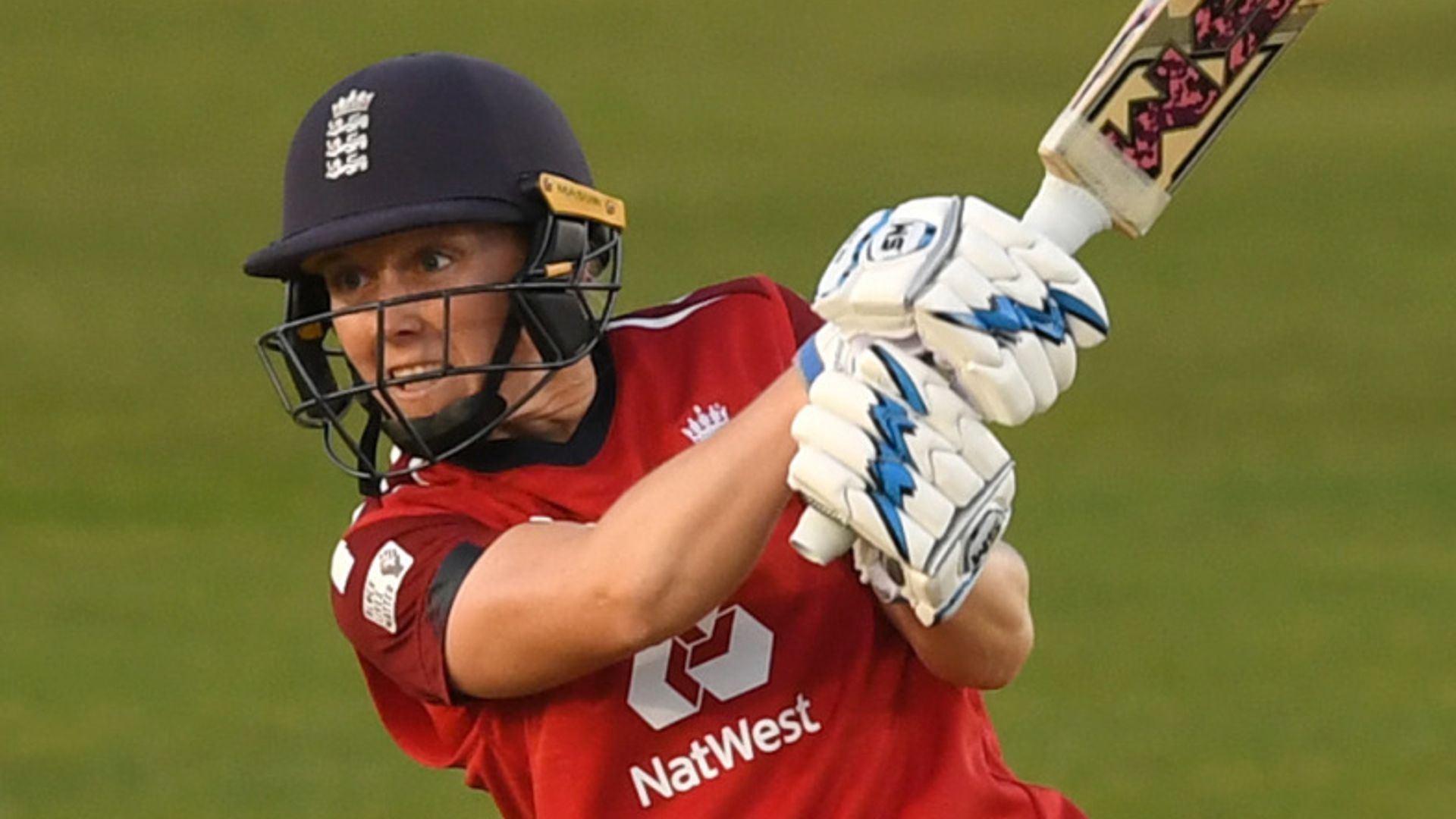 “2022 is going to be quite a daunting year – I think it’s a year everyone wants to be involved with. It is in the corner of our mind when we are doing our preparation”

Captain Heather Knight is encouraged by England’s squad depth as she looks to win “big trophies” in a bumper and “daunting” year of women’s cricket in 2022.

The postponement by one year of the 2021 50-over women’s World Cup due to the coronavirus pandemic means the 2022 calendar will see an ODI World Cup in New Zealand, a T20 World Cup in South Africa, the Commonwealth Games in Birmingham and the Women’s Ashes in Australia.

Speaking to Sky Sports Cricket during England’s 5-0 T20 series win over West Indies, Knight said: “The time over lockdown has given us a real chance to set out where we want to go over the next few years.

“We have been really clear where we want to go and how we want to get back to winning big trophies again.

“2022 is going to be quite a daunting year – I think it’s a year everyone wants to be involved with. It is in the corner of our mind when we are doing our preparation.

“We want every series and every training block we have to prepare us to be in the best shape in that year. We are going to have to be in tip-top shape physically.”

Asked which event she is most looking forward to, Knight said: “For me, it would be the Commonwealth Games. That is going to be something new we haven’t done before.

“I know it is a big carrot for some of the older players in the group to try and make it there and try and win a medal, hopefully a gold. That will be a big one, especially in our home country.

“We have looked a lot at T20. We want to be a bit more proactive and make sure we are throwing that first punch a bit more.

“I also think you saw how we started to improve in the bowling at the T20 World Cup [earlier in 2020], executing plans. We are starting to have a squad that can play in different conditions, on different pitches.

“We haven’t been at our best in this series [against West Indies] but have still pushed 150 every time with different people throughout the order.

“That’s what we really want – different people stepping up at different times. That strength in depth is hopefully going to push us back towards the top of the tree.”

Players outside the England side impressed during the inaugural Rachael Heyhoe Flint Trophy, this summer’s women’s domestic 50-over tournament, including Southern Vipers captain Georgia Adams, whose 500 runs at an average of 83.33 helped her side win the title.

Knight reckons the competition will only add to her team’s talent pool.

“I think it is going to be really important to give the girls a really good standard of cricket outside of international cricket and for the girls underneath to really push hard,” she said.

“Competition for places has helped us a lot. I think we are a hard team to get into the way we have been performing.

“But if you can have more players constantly knocking on the door it’s only going to challenge the girls in the squad to keep upping their game and putting in performances as they know someone could take their place.”

Knight succeeded Charlotte Edwards as England captain in 2016 and has gone on to lead her team to the 50-over World Cup crown on home soil in 2017 and to the final of the 2018 T20 World Cup in the Caribbean.

The 29-year-old says she has grown into the captaincy, while she also elaborated on how her T20 batting form has advanced, culminating in Knight averaging almost 44 at a strike rate of 135.39 in 12 T20 internationals in 2020, including a maiden hundred in the format, prior to making four in Wednesday’s rain-reduced five-overs-a-side clash.

“The four years [as captain] have gone very fast. I have definitely developed in my captaincy. We were quite a young team at the start – we were finding our feet and I was finding my feet as captain.

“I probably let [former coach Mark Robinson] take the main role and tried to develop as I went on and learn as much as I can.

“We obviously had success early with that World Cup win which was quite nice but I definitely feel the last couple of years is where I have grown into the captaincy role and become really confident in it. I know myself and what makes me tick.

“I have also worked really hard on T20 [with the bat]. I have had to make a few changes over the years as it probably hasn’t been the most natural form of the game for me.

“I like being responsible for getting us to a good score and I pride myself on being there at the end and being able to cash in.

“There was a lot of hard work analysing my game. I think [former England Women batting and assistant coach] Ali Maiden has been brilliant for me.

“After the World Cup in 2017 I was going okay but felt on slow wickets that I wasn’t getting the power that I needed. I was not hitting the ball through the infield when the wicket was a little bit slow.

“I sat down with Ali and tried to have a bit more hand speed into the ball and it seemed to click for me. It took a lot of time hitting balls in the nets but I saw immediate results on the trip to Australia [for the 2017 Ashes]. I was playing some of my best cricket.

Rainford-Brent: Knight has respect of players

Sky Sports Cricket pundit and former England Women international Ebony Rainford-Brent is not surprised at Knight’s success as captain, while she feels new head coach Lisa Keightley – who took charge of the side earlier this year – can help Knight become an even better skipper.

“Risk was the word,” Rainford-Brent said of then coach Robinson’s decision to jettison Charlotte Edwards four years ago and appoint Knight as captain.

“Charlotte is a legend and was churning out runs – it’s not like she was struggling – so this was a big call. Heather had to step into that quite quickly and what’s good about that is not only did she do it well, she had the respect of the players.

“I remember her first tour of India and thought ‘this girl has got something about her, her character, her calmness’. She has humour and I think gives players freedom to be themselves.

“She is thoughtful, she has a very balanced personality. I haven’t come across many who have that. Sometimes it’s a bit too carried away or needs a bit more energy – she has that line in the middle.

“I think Lisa’s characteristics could bring even more out of Heather. I think she could go up a notch as Lisa will challenge her.”