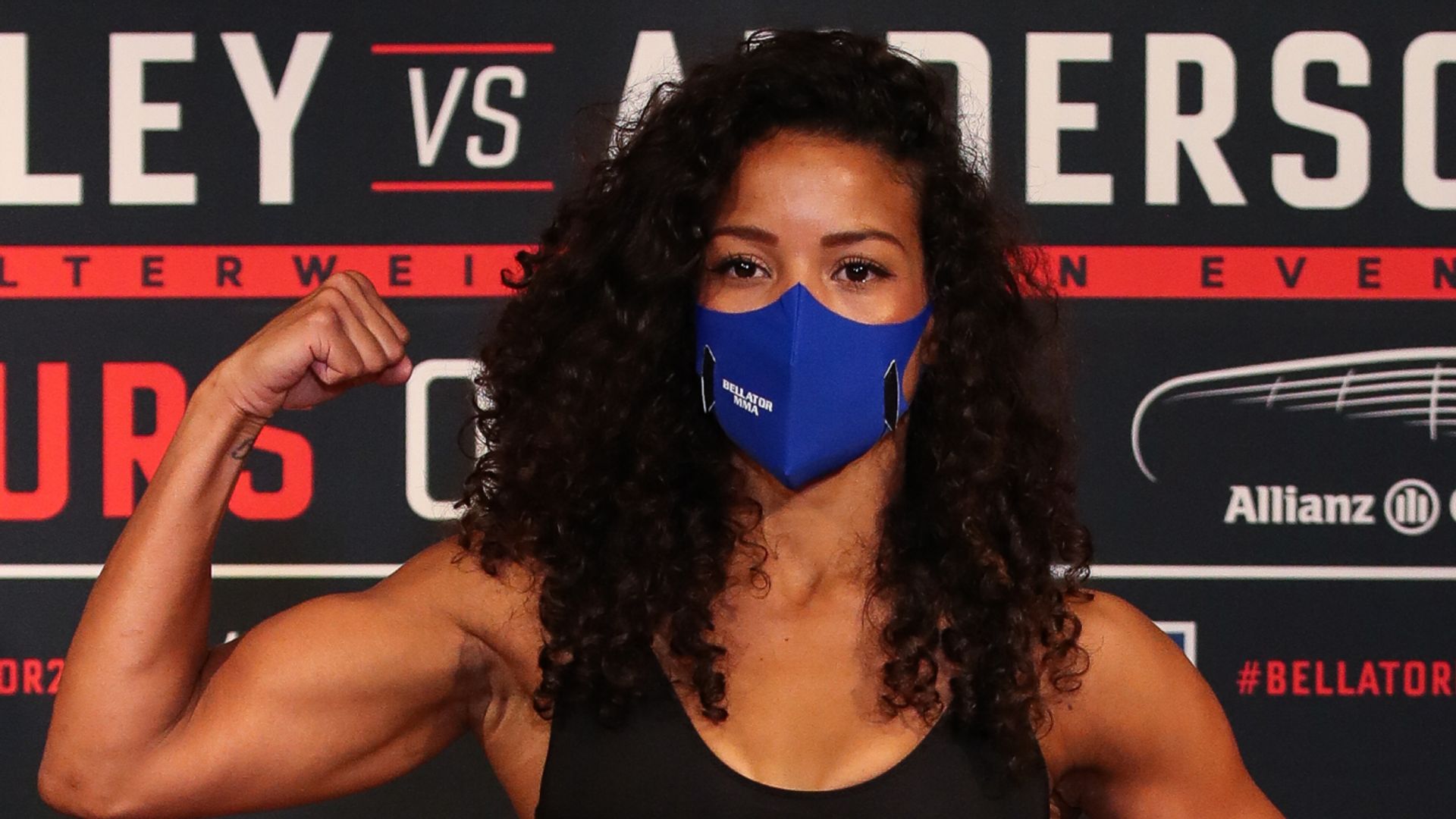 Denise Kielholtz delivered a brutal knockout against Kate Jackson as she took just 43 seconds to wrap up Bellator 247’s headline fight in Milan and move a step closer to a title shot against flyweight champion Ilima-Lei Macfarlane.

Bellator kickboxing champion Kielholtz (6-2) knocked Jackson (11-5-1) down with a big left, ‘Miss Dynamite’ then pouncing on the opportunity to land a series of strikes on her downed opponent to leave the referee with no option but to jump in.

The women’s flyweight duo were only moved to the main event 24 hours ago after Paul Daley’s scheduled fight with Derek Anderson was cancelled.

Daley had missed the weight by 1.6 pounds on Wednesday morning, before failing to return for the ceremonial weighing as a result of struggling with hip and abdominal cramps. He confirmed on social media later in the day that he had visited hospital, but had not been put on an IV.

Ireland’s Brian Moore (13-7) clinched what was fight of the night as he knocked out Simone D’Anna (7-3) in an enthralling back-and-forth contest to make it back-to-back wins for the man from Wexford.

A big uppercut from Moore in the second round hurt D’Anna, before ‘The Pikeman’ capitalised with a hard right hand to seal the victory.

In the co-main event Norbert Novenyi Jr. (5-0) recovered well from an early knockdown to see off Laid Zerhouni (7-6). The undefeated heavyweight was forced to dig deep after being dropped with a left shot, keeping his composure to lock in a brilliantly-executed triangle choke for the first-round submission.

Speaking in his post-fight interview, Novenyi apologised to Bellator for not being able to put on a “massive performance” as he extended his perfect record.

Scotland’s Chris Duncan (7-0) kicked off the main card by keeping his undefeated streak intact with a win over Iamik Furtado (6-4) thanks to an impressive knockout in the second round.

It made it seven wins for the lightweight, who called out Ireland’s Kiefer Crosbie after the fight. Crosbie is scheduled to face England’s Charlie Leary at Bellator Europe 9 in Milan on Saturday night.

Watch Chris Cyborg vs Arlene Blencova live on Sky Sports Mix at 2AM on Friday October 16.