THE RETURN OF men’s world title action to UK television on BT Sport proved to be a short-lived affair on Saturday when Josh Taylor made quick work of the mandatory challenger for his unified super lightweight titles.

Apinun Khongsong is certainly not a household name but he was an unbeaten fighter with an identical record to Taylor and a number of people in boxing believed he would prove to be a tricky customer. Whether he could have been or not, we will never know after his participation in the fight was aborted inside the first three minutes.

While Josh will not be complaining, it was disappointing for the rest of us not to enjoy a more competitive spectacle. Sometimes a sweetly executed body shot, as Josh’s left hook was, simply doubles up an opponent and there is no chance of being up before 10.

Once Khongsong folded it was clear his challenge was over and Josh said he knew as much as soon as his glove sunk into the Thai, just below the ribs.

The speedy outcome has sparked some debate over the validity of mandatory challengers for world titles. Some are up to the job and some aren’t. You are never going to get a perfect system. 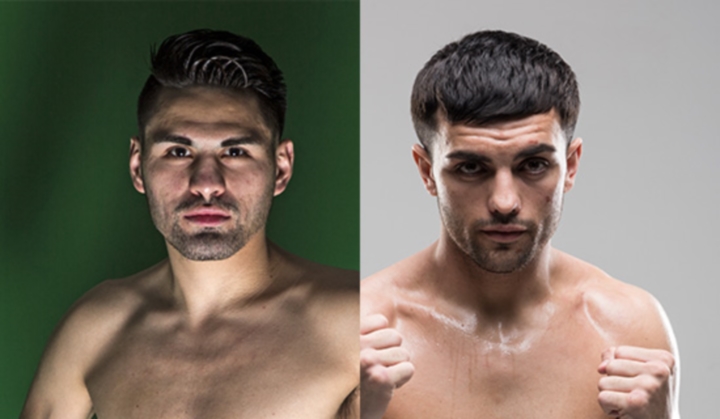 The fact is that champions cannot simply pick and choose their own opponents at all times and deny worthy challengers an opportunity. Then it becomes a closed shop and that would not be good for the sport.

I have heard the claim from Bob Arum that the WBC and WBO champion Jose Ramirez intends to bypass his mandatory challenger Jack Catterall in favour of a fight with Josh Taylor.

If that is the case he will have to relinquish his WBO title and Jack will fight for the vacant belt.

This is not a case of being obstructive. Jack is a quality fighter and he has waited a long time for his shot at the title.

Jack has already obliged a unification – between Ramirez and Maurice Hooker in July of last year – on the understanding that he would be next in line. It is only because of the coronavirus pandemic that Jack has not had his title fight yet, and I will not let his hard earned shot disappear because of events out of his control.

There are three options now in play. Negotiate, go to purse bids or vacate the title.

Our clear preference would be for Jack to fight Ramirez and then enter into a huge unification against Taylor.

Another who will be hunting down a world title soon enough is Charlie Edwards, who returned to the ring at York Hall and enjoyed a tough workout against Kyle Williams at bantamweight.

Charlie said himself that his immediate future lies at super flyweight, where he enjoys a high ranking, but the most important thing on Saturday was getting back in there and shaking off the rust that comes with inactivity.

Two more of our youngsters took their chance to shine on the big stage and made a name for themselves on BT Sport. Eithan James and George Davey both delivered impressive performances that told us there is much more to come from the young duo.

Super lightweight Eithan is enjoying a smooth transition from being a decorated amateur and he remained composed against a rough and tough opponent in Kris Pilkington. He has got a long way to go and will be given the time he needs, but the potential is clearly there.

Much the same can be said for super welterweight George, who is really starting to look the part and the work he is putting in with trainer Henry Wharton is paying off in a big way.

I fancy that George will thrive further when his rounds are increased and he has the time to break opponents down.

I am looking forward to seeing more of Eithan and George, along with the rest of our burgeoning squad of young talents, as we keep them busy and accelerate their development.

Our next card is on Saturday October 10 and it is one not to be missed. With the likes of Liam Williams, JJ Metcalf, Nathan Gorman, Dennis McCann and Mark Chamberlain all on the bill, the night is sure to go off with a bang.