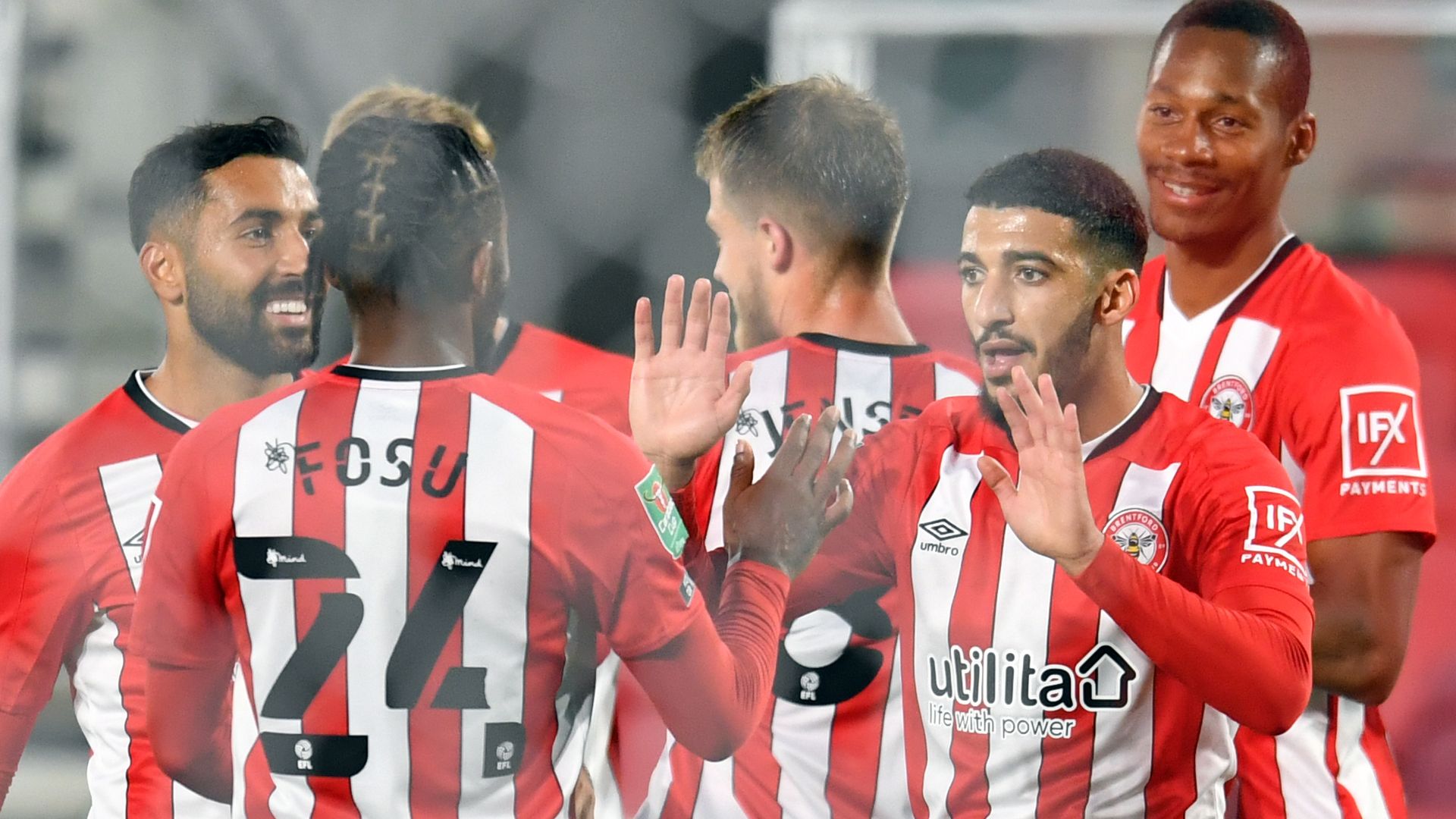 Said Benrahma scored twice as Brentford reached the Carabao Cup quarter-finals for the first time in their history with a 3-0 win over struggling west London rivals Fulham.

Marcus Forss opened the scoring shortly before half-time (37), before a Benrahma double (62, 77) – the second after an impudent piece of skill – ensured Thomas Frank’s side gained a modicum of revenge for their defeat to the Cottagers in the Championship play-off final.

Benrahma has been linked with a move to Crystal Palace during this window and while a deal has yet to materialise, the Algeria midfielder – who simply said after the game: “I’m at Brentford. I’m happy.” – certainly gave any Premier League suitors a nudge before the transfer deadline on his first start of the season.

Defeat means more misery for Fulham boss Scott Parker, whose side have lost all three matches upon their return to the top flight.

How Brentford blew away Fulham

Parker made 10 changes to the Fulham side thumped by Aston Villa on Monday and they were inches away from taking a 10th-minute lead when Neeskens Kebano whipped a 25-yard free-kick round the Brentford wall and against the crossbar.

Bees goalkeeper David Raya almost then gifted Fulham an opener with a poor clearance but Anthony Knockaert could only find the side-netting.

Instead Brentford went ahead eight minutes before half-time with debutant Saman Ghoddos the architect.

Fulham attempted to hit back before the interval but Aboubakar Kamara’s curler was too high.

Parker sent on Ademola Lookman for his debut at the break and the former Everton winger injected some urgency into their attack.

Raya was forced into a fine save to keep out Kebano’s looping effort before Lookman’s cut-back was blazed over the crossbar by Seri.

But Benrahma doubled the lead when he arrived at the far post to convert Ethan Pinnock’s header across goal and one of last season’s star performers killed Fulham off with a stunning turn and shot for what could yet be his final goal in Brentford colours.

Jamie Redknapp: “Fulham were marginally better in the second half – Lookman gave them a little bit of pace – but Brentford had that class and Benrahma produced a piece of genius! He knows what he’s doing for the second goal; the audacity of it. It’s delicious.”

Paul Merson: “He’s got talent but he’s got to perform on the big stage when the big games come along. Palace have got players in that position – would he be playing?”

The Carabao Cup quarter-finals take place on December 22/23, with all four ties to be broadcast live on Sky Sports.

Back in the Sky Bet Championship, Brentford host Preston at 2pm on Sunday while Fulham travel to face Wolves in the Premier League on the same day, live on Sky Sports Main Event and Sky Sports Premier League; coverage starts at 1pm with kick-off at 2pm.