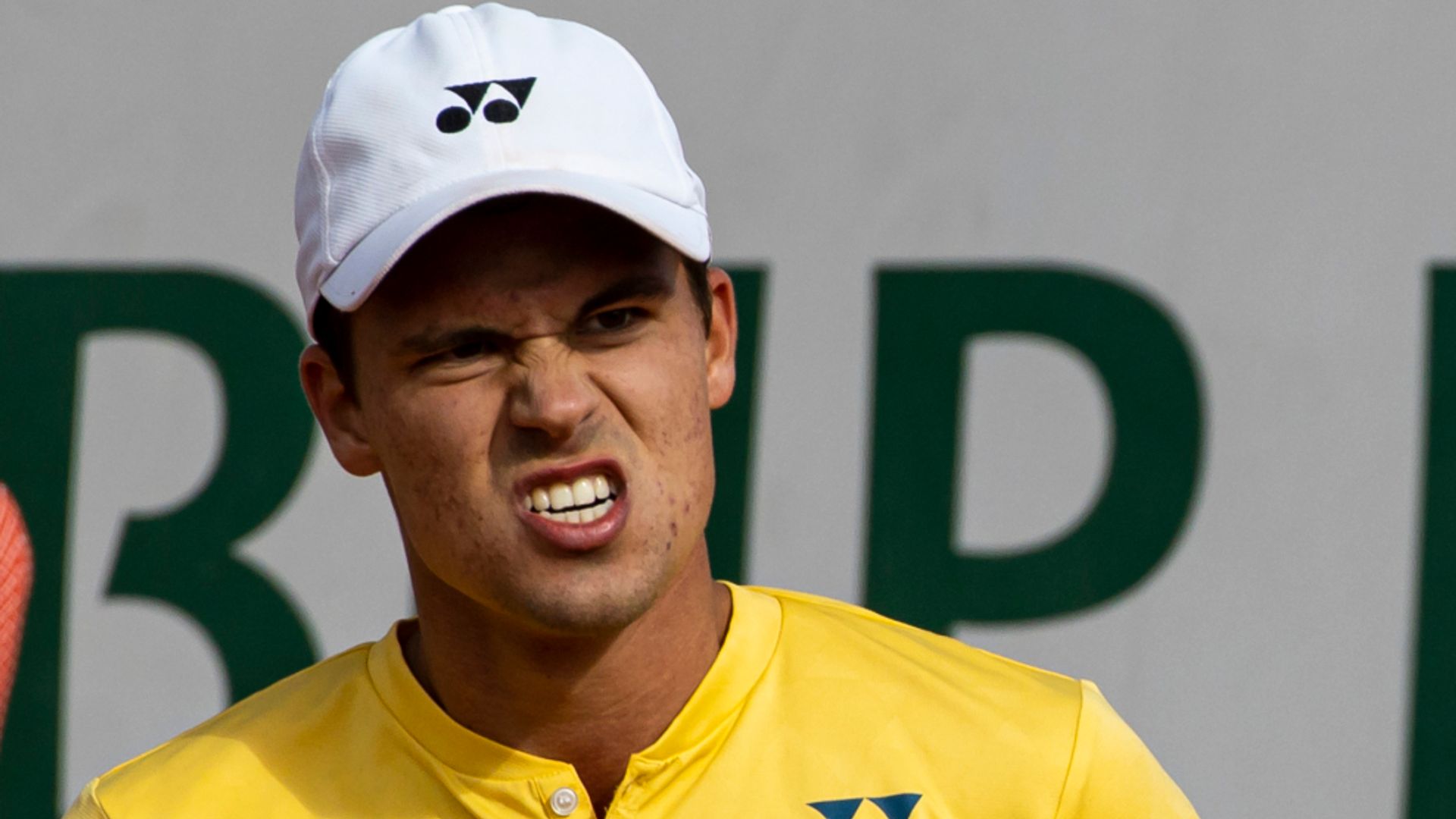 “My intensity was high, so this was really like emotionally I was able to block everything away and really focus on performing and get that intensity all the time going”

Daniel Altmaier joked he is a “machine” after upsetting 30th ranked Jan-Lennard Struff to reach the third round of the French Open on Thursday.

Fresh from his straight-sets victory against Spanish veteran Feliciano Lopez, the Sky Sports Scholar produced an outstanding display to defeat his compatriot Struff 6-3 7-6 (7-4) 6-3.

The 22-year-old has dropped just one set en route to the third round having already come through three rounds of qualifying.

Altmaier will take on the winner of the match between South African Lloyd George Harris and seventh seed Matteo Berrettini of Italy on Saturday.

“Personally I’m very happy because I was able to perform pretty well from the first point on,” said the world No 186.

“Today I knew it’s going to be a very mental battle because it’s going to depends who is going to take the intensity first. So I was quite high, let’s say, emotionally, also my intensity was high, so this was really like emotionally I was able to block everything away and really focus on performing and get that intensity all the time going. So that was the main thing today.

“My luck was three sets, so was very good.”

Asked if he was a serve and volley type player, Altmaier joked: “No, I’m a machine.”

Altmaier, who has been working alongside Argentine coach Francisco Yunis says he feels extremely “comfortable” playing on clay.

“With Fran having in my corner right now, he’s stabilising my game a lot, especially on clay. And, yeah, that’s pretty much it,” he added.