The next major boxing Pay-Per-View event is officially on the move.

Gervonta Davis and Leo Santa Cruz now have a new date and a firm location for their anticipated two-belt title fight showdown. Their originally scheduled October 24 Showtime PPV headliner will now take place one week later, moving to October 31 and to take place at The Alamodome in San Antonio, Texas, three sources with intimate knowledge of the development confirmed to BoxingScene.com on Wednesday.

The Athletic’s Mike Coppinger was the first to break this story.

A motivating factor behind staging the event in Texas is to allow fans in attendance. Pro sporting events in the Lone Star State during the ongoing coronavirus pandemic have allowed up to 25% seating capacity in select areas, including at Globe Life Field in Arlington, Texas—the home to the Texas Rangers which is hosting the Major League Baseball National League Championship Series and the World Series. 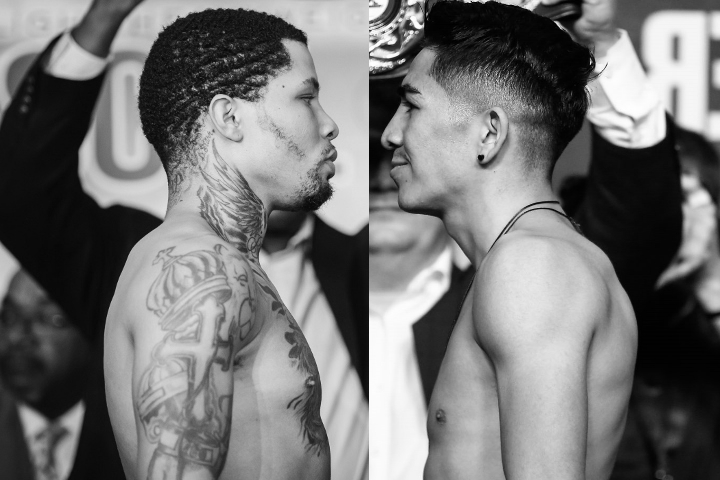 With that will come the first Showtime and Premier Boxing Champions (PBC)-branded event available to the paying public. The show moving back to October 31 will also allow for an additional seven days to sell tickets, sources suggested to BoxingScene.com.

It is unclear how many tickets will be on sale for the 72,000-seat multi-purpose venue, or how much of the location will be opened up for the Showtime PPV event.

The move works to the benefit of at least one fight on the undercard. Locally-based Mario Barrios (25-0, 16KOs) will make the first defense of his secondary WBA 140-pound title versus Houston’s Ryan Karl (18-2, 12KOs) in a bout that was moved from one PPV event to another. The two were originally scheduled to collide on the September 26 Showtime PPV show co-headlined by Houston-based twins Jermall and Jermell Charlo, both of whom delivered career-best wins in separate fights.

The Charlo twinbill took place at Mohegan Sun Casino in Uncasville, Connecticut, which has hosted every Showtime-branded card since the pandemic.

Davis’ lightweight strap and Santa Cruz’s junior lightweight belt will both be at stake in the evening’s main event, which will be contested at the 130-pound limit. Davis last fought at the weight in a 2nd round wipeout of Ricardo Nuñez last July in his Baltimore homecoming. Five months later came his lightweight title win, stopping Olympic Gold medalist and former featherweight titlist Yuriorkis Gamboa in the 12th round last December in Atlanta, Georgia.

Santa Cruz has not fought since making his junior lightweight debut, moving up to outpoint Miguel Flores in their vacant 130-pound title fight last November in Las Vegas.