Unbeaten 154 pound prospect Charles Conwell (12-0) returns to the ring on October 7th against fellow undefeated prospect Wendy Toussaint (12-0). The fight is part of a ShoBox quadruple header that will air live on Showtime from the Mohegan Sun in Uncasville, Connecticut.

This will be the second fight of the year for Conwell. In February he defeated Ramses Agaton by 4th round knockout.  This is a big opportunity for both fighters and Conwell expects to see the very best from Toussaint.

“He is an undefeated fighter. I feel like he is athletic and will be coming to win. I think he has a chip on his shoulder and will come with an underdog mentality and try to use that to help him try to win,” Conwell told BoxingScene.com. 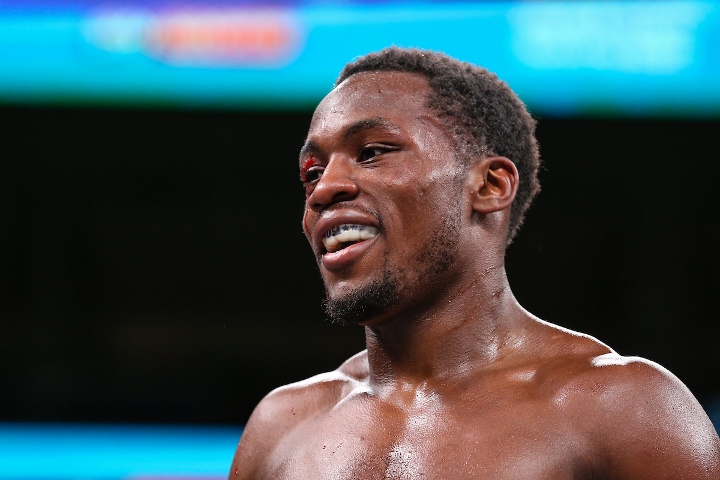 The 22-year-old 2016 US Olympians plans for the years have been stalled a bit with the ongoing COVID-19 pandemic which halted most of the sports world during the spring.

Even with the delay Conwell has big plans and expects to be in big fights by the end of next year.

“Next year should be big for me.  In 2021 want a world title shot or a world title eliminator by the end of the year. That is the goal. I want to make a move forward,” he explained.

As for his fight on October 7th, Conwell just said that he expects to hear his name announced the winner,”

“I don’t give predictions. I just go and fight but I know that my hand will be raised at the end,” said Conwell.

The co-feature pit’s Conwell’s half brother Isaiah Steen against Kalvin Henderson in a super middleweight bout.  The other two televised bouts are both in the welterweight division with Janelson Bocachica facing Nicklaus Flaz and Brandun Lee squaring off against Jimmy Williams.