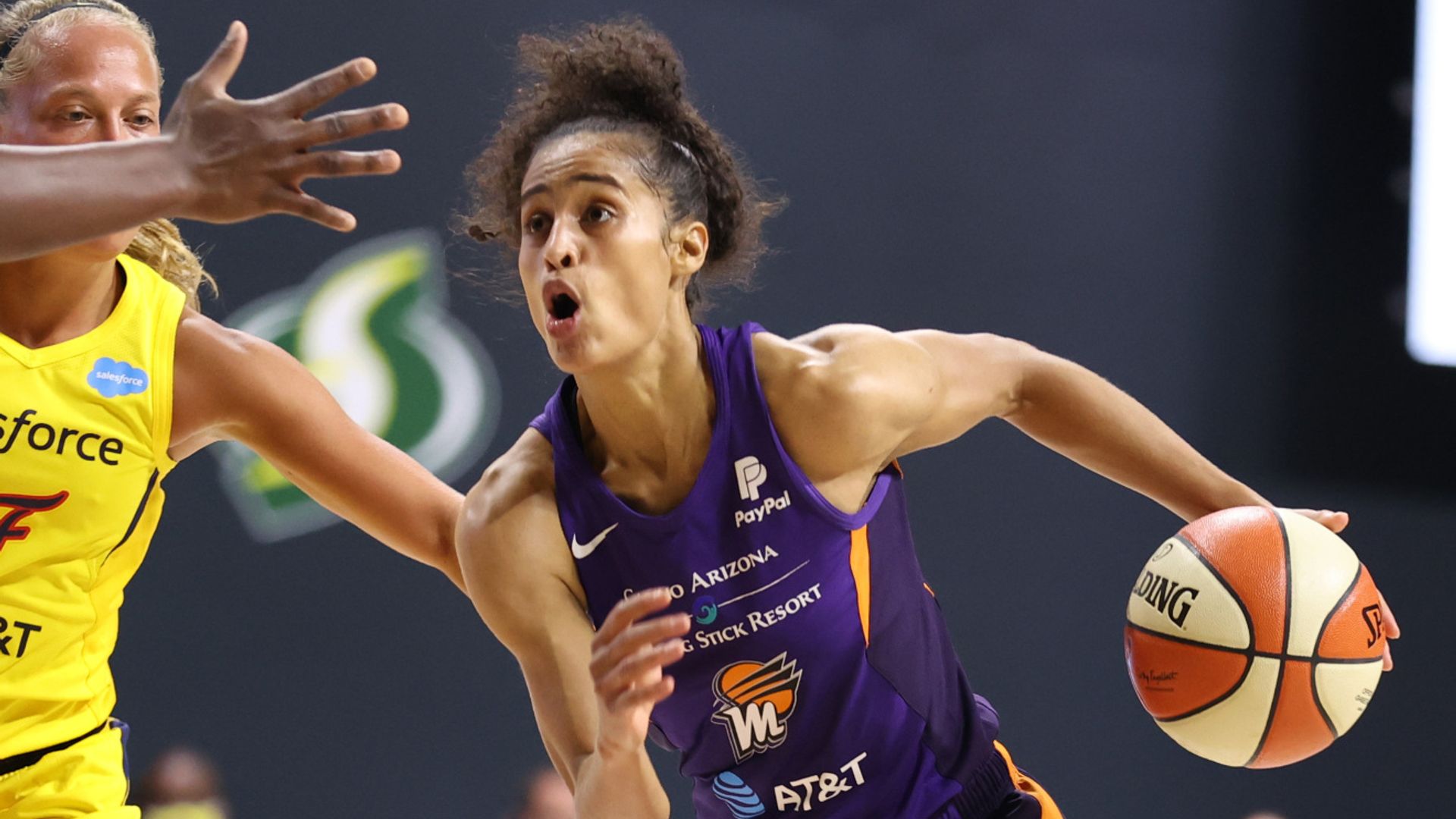 Skylar Diggins-Smith scored 28 points to help the Phoenix Mercury clinch a playoff spot with a 105-81 win over the Indiana Fever on Thursday night.

Skylar Diggins-Smith scored 28 points and Diana Taurasi added 27, matching her career high with eight three-pointers, to help the Phoenix Mercury clinch a playoff spot with a 105-81 win over the Indiana Fever on Thursday night.

Taurasi, who made seven three-pointers in a win over Las Vegas on Tuesday, was 8-of-13 from distance – narrowly missing the WNBA record of nine held by Kristi Toliver and Kelsey Mitchell. The Mercury (11-7), who played just seven players, won their fifth straight game.

Phoenix scored the first 10 points of the game, getting scoring from four of their five starters. The Mercury led 35-24 at the end of the first quarter after shooting 63.6 per cent from the field, including 4-of-5 from three-point range. Phoenix cooled down in the second quarter but still led 54-46 at the break behind 15 points, and four three-pointers, from Taurasi. Phoenix opened the third quarter on a 15-3 spurt.

The Aces (13-4) are tied with the Los Angeles Sparks for second place in the standings, one game behind Seattle, with five games to play.

Kayla McBride added 14 points and Angel McCoughtry scored 11 for Las Vegas. Young had 15 points and five assists off the bench in the first half to help Las Vegas build a 43-36 lead.

Connecticut were without two starters, both averaging double-figure scoring. Alyssa Thomas (15.1 points and 8.8 rebounds) did not play due to an injured hand. Jasmine Thomas (11.5 points per game) was ruled out because of plantar fasciitis.

Courtney Williams had 15 points and 13 rebounds as the Atlanta Dream beat the New York Liberty 62-56 to sweep the season series.

Both teams shot below 33 per cent from the field, combining for eight three-pointers on 53 attempts.

Leaonna Odom and Kia Nurse each scored 12 points for New York (2-15), who have lost 10 of their last 11 games. Amanda Zahui B grabbed 11 rebounds and Kiah Stokes had 10 boards.