It’s easy for any 23-year-old to get taken in by the bright lights of Los Angeles, and while junior welterweight prospect Stevie McKenna hasn’t shown any signs of being the type to get dragged off the path he’s traveling to world championship glory, it probably didn’t hurt that the COVID-19 pandemic came along and forced him and his younger brother Aaron to go back to their roots in Smithborough, County Monaghan, Ireland.

“From the start of lockdown week, we came back home, so we’ve been training back here for the whole lockdown,” said McKenna, who makes his first start of 2020 this Saturday in a Channel 5-televised bout against Gary McGuire. “We have a gym at the back of our house, so it’s been good. We’ve been training every day, we haven’t missed a session, so I’m in tremendous shape for this upcoming fight.”

That shed at the back of the house has taken on a life of its own as the McKenna lads make their way through the pro ranks, but it’s not the only place the duo has visited over the last few months.

“It’s good training at home,” Stevie said. “We get a lot of different work back here. The sparring’s a lot more different here than over in America, and I’ve been getting plenty of good work around all the gyms around Ireland. I’ve been in Dublin and Belfast. I’ve been doing a lot of sparring with James Tennyson, former world title challenger and he’s a British champion, so I was getting great work with him. It’s good to get back here and gain more experience with different styles and to fight back here as well, closer to home, so all my fans from Ireland and the UK can watch me.”

The television gig is a big one for McKenna, not just because he gets to resume his career, but because he gets to do it in England, close to home, where he can show what he’s been working on while living in America. Being on free TV doesn’t hurt either, even though if he keeps to form, there won’t be too much to see from a young man whose longest pro fight has gone 29 seconds into round two. Nice work if you can get it, but if McKenna is blasting everyone out in a round or two, he’ll have to learn and hone his craft in the gym, and luckily for him, that’s where he’s getting tested regularly.

“I’m getting great sparring in all the gyms,” he said. “I’ve been in with the world’s best – (Vasiliy) Lomachenko, Jose Ramirez – so I’ve been in with all the top guys around my weight division, so when each fight comes, I’m totally, a hundred percent prepared, and I never take anyone for granted or overlook anyone. They’re in there to beat me, and I have to be prepared and ready for that, but I’ve been getting great experience in all the gyms, so it’s gonna really bring me on when I get to that level.” 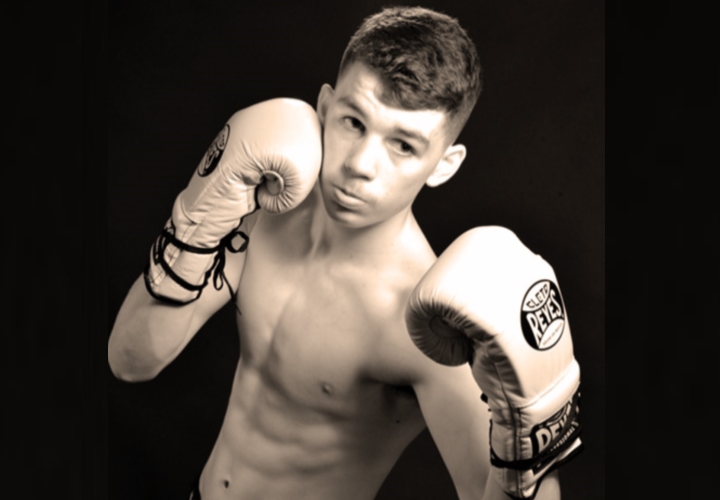 In a perfect world, McKenna wants to nab a top 15 ranking sometime next year, and while that may be ambitious, a look at him thus far in his pro career warrants such ambition, and it doesn’t hurt that he’s got the likes of International Boxing Hall of Famer Barry McGuigan firmly in his corner after the two crossed paths recently.

“It’s unbelievable to hear that from Barry McGuigan,” McKenna said. “He actually came from the same amateur boxing club I grew up in, and hearing that is a great boost for me. I had a great time over there and I learned a lot as well from Barry and I listened to his advice. It’s great to hear them things from him.”

That’s a lot to take in. Receiving praise from Hall of Famers, sparring with world champions, and being a rising star at home in Ireland while living in Los Angeles at 23. A lot. McKenna is keeping a level head, though.

Stevie McKenna has a fight coming up. So you know what’s next. It’s almost like life is back to normal for Ireland’s “Hitman.”

“It’s been very exciting so far,” he said. “I’ve had four fights, so everything’s going to plan and I just want to keep moving up and keep going up them rankings and hopefully push for a top 15 ranking hopefully next year. I want to keep improving and keep winning, so I’m happy the way things are going. I’m back on September 5th and it’s another steppingstone, so I’ll be ready for it. It’s been a while coming and I’ve been itching to get back in, so I’m excited for this one.”