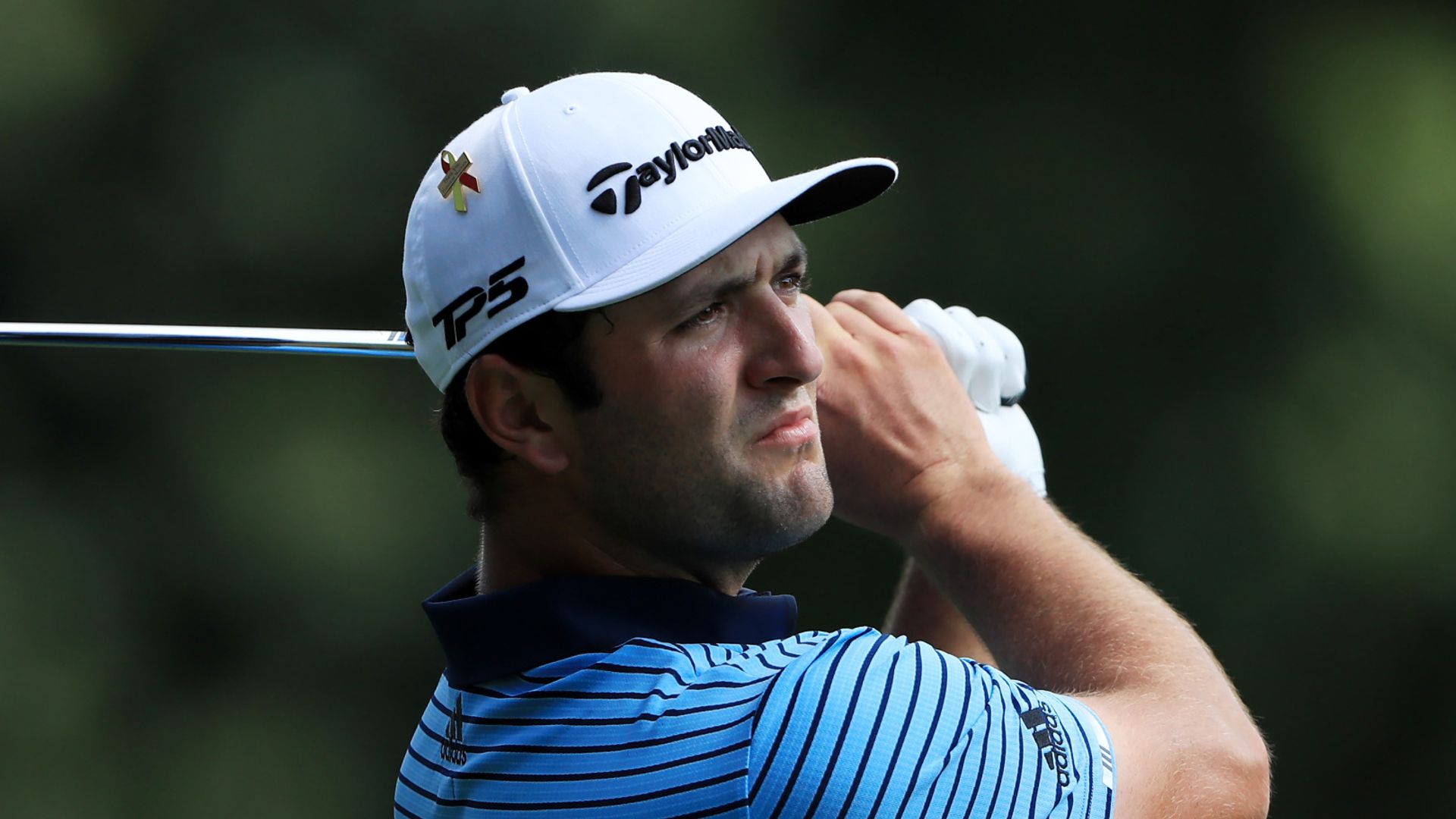 Jon Rahm reeled in FedExCup leader Dustin Johnson as Rory McIlroy made a superb start to the Tour Championship in Atlanta.

McIlroy began the PGA Tour’s season-ending event seven strokes off the lead in the staggered-start format, but he made up three of those shots in one round after opening with a 64 which he capped with three consecutive birdies.

Johnson, bidding to win the FedExCup and the $15m bonus for the first time after a number of close calls, did not do much wrong as he fired a three-under 67, but playing partner Rahm forced his way into a share of the lead on 13 under with a 65.

Justin Thomas is two off the pace after a five-birdie 66, while McIlroy moved smoothly to nine under despite playing only nine holes of practice on Thursday afternoon following his late arrival at East Lake due to the birth of his daughter on Monday.

The world No 4, who admitted he was “emotionally drained” after making the short flight from his home in Florida, made a great start to life as a new dad when he birdied the opening hole, and he added two more at the fourth and sixth but bogeyed the third and eighth to be only one under at the turn.

But two 20-foot putts dropped for birdies at 11 and 13, and McIlroy converted two solid wedges to 10-foot range on the 16th and 17th before enjoying two slices of luck at the long last, where his drive held up in the rough when it appeared destined for the water, while his second toppled into a greenside bunker when an awkward chip looked probable.

McIlroy splashed out to six feet and rattled in a confident putt to close on nine under, which was good enough to move him into outright fourth ahead of Abraham Ancer, who also fired a 64 to get to seven under, while Xander Schauffele (67), Brendon Todd (67), Sungjae Im (68) and Webb Simpson are seven off the pace.

Thomas made the biggest early move as he birdied three of the first four holes, but a short missed putt for another at the long sixth appeared to take the wind out of his sails, and a wayward drive at the next cost him his first dropped shot.

The 2017 FedExCup champion misread further good chance on 11 and 13, but he managed to drain a 45-footer for an unlikely three at the next before also finding sand with his second to 18 and, like McIlroy, he completed an excellent up and down to finish with a four.

In the battle between world’s top two players in the final pairing, Johnson extended his starting lead to three shots with birdies at the second and sixth, but two erratic drives – one right and one left – led to bogeys at eight and nine, and both holed from around 30 feet to trade birdies at the 12th.

They again matched each other shot for shot in making birdie at the next, and after Rahm nailed another big putt at the 15th, Johnson followed him in for birdie to retain his slim, one-shot lead.

But Rahm’s putter continued to fire on the next, making a birdie that Johnson could not match this time, and the Spaniard almost snatched the lead for the first time at the last when he sublime bunker escape hit the hole but lipped out.

Johnson splashed out to four feet and appeared certain to reclaim his lead, but his putt did not catch enough of the right side to drop, and unfortunate end to a fascinating first-day’s play in Atlanta.