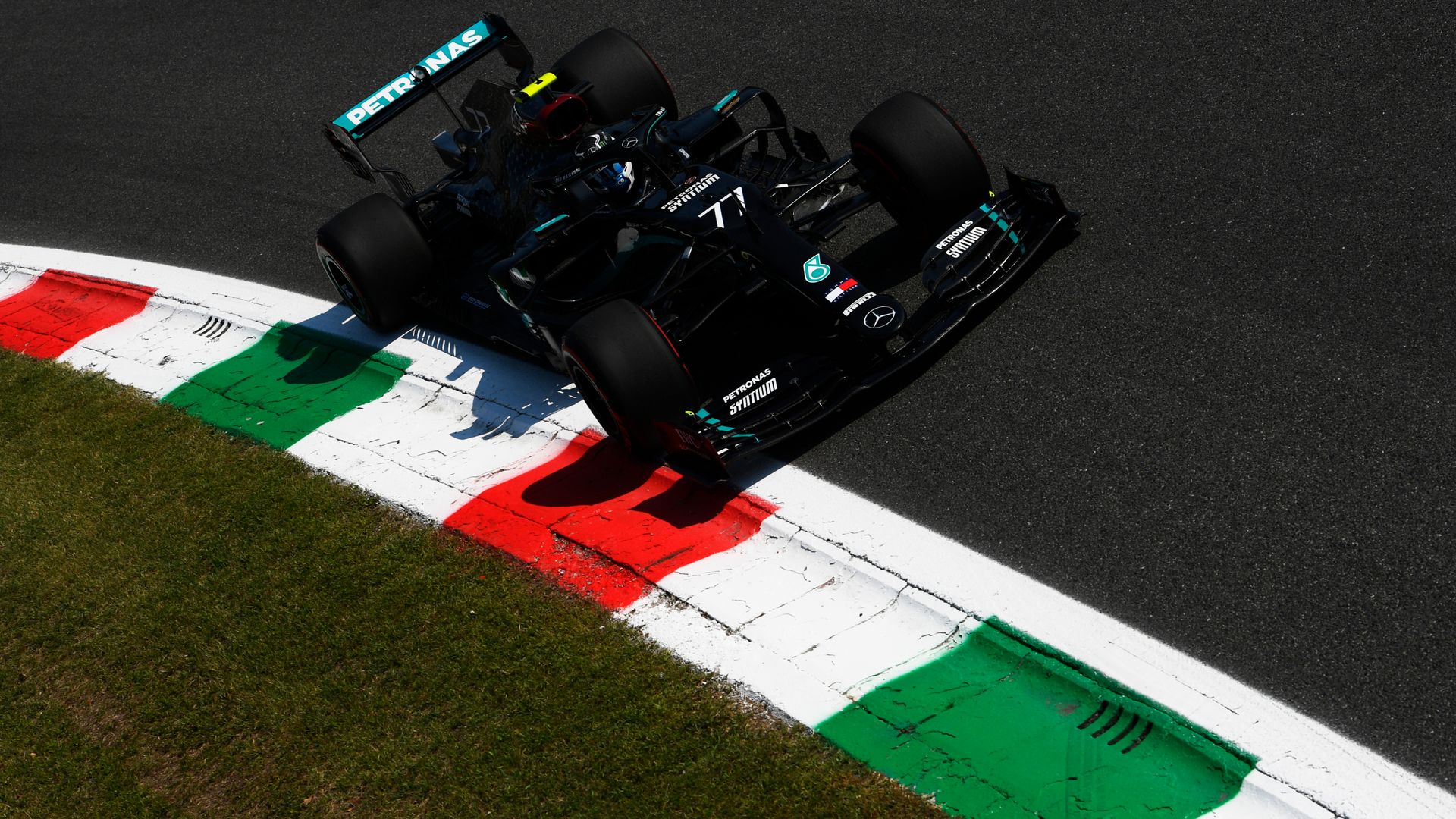 Valtteri Bottas topped the timesheets in Italian GP first practice as Mercedes set an ominous pace at Monza, while main 2020 rival Max Verstappen crashed in the Red Bull and Ferrari, as expected, struggled.

Verstappen, who has been the only consistent threat to the fast Mercedes so far this season, spun his Red Bull at the Ascari chicane and crashed heavily into the barriers, damaging his front wing.

Although the Dutchman got back out on track, he finished down in fifth and was unable to get anywhere near to Bottas and Lewis Hamilton, who recorded another practice one-two.

“That’s quite a margin for Valtteri Bottas, not just to Lewis Hamilton but also the rest of the field,” said Sky F1’s David Croft, with the Finn out-pacing than his championship-leading team-mate by 0.2s and almost eight-tenths of a second faster than the nearest non-Mercedes.

That turned out to be Alex Albon, although it was AlphaTauri who arguably had the most surprising pace in Practice One as Daniil Kvyat and Pierre Gasly both finished in the top six.

Kvyat was within a tenth of Albon, despite setting his fastest time on the medium tyre compared to the top three on the faster softs.

That left the usual top midfield runners Racing Point, McLaren and Renault – who will all be eyeing a possible podium this weekend – trailing.

Ferrari, meanwhile, had a difficult session, as they would have predicted after their worst result in a decade at the similarly high-speed Spa.

While Charles Leclerc, last year’s memorable Monza winner, was 11th, Sebastian Vettel finished the session as the second-slowest runner of all, faster than only Nicholas Latifi in the Williams and a whopping 2.2s off the pace.