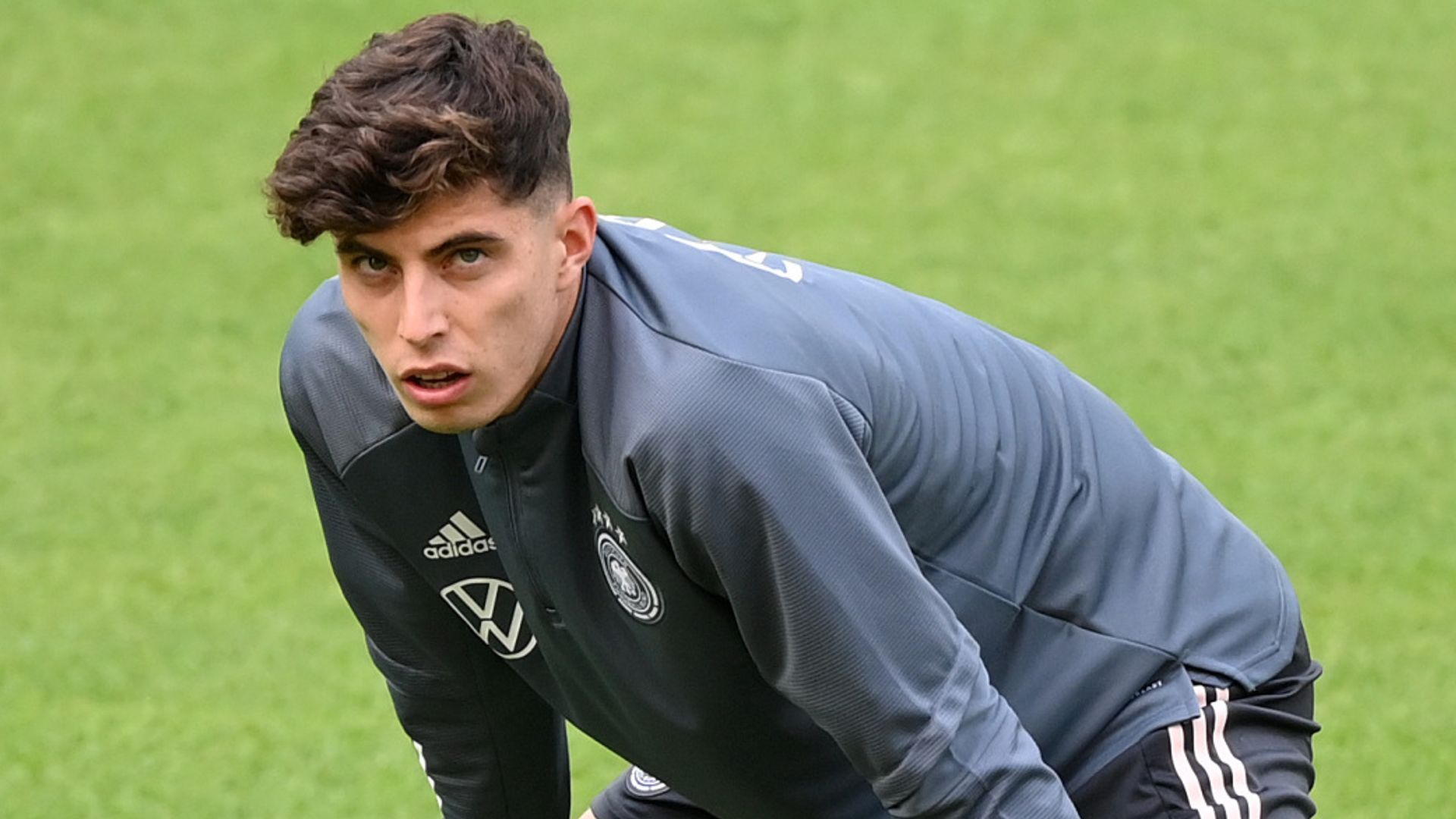 Havertz expected to undergo medical in London before completing move

By Sky in Germany

Kai Havertz has left Germany’s training camp to fly to London ahead of a club-record move to Chelsea.

The Bayer Leverkusen midfielder is set to join Chelsea from the Bundesliga side after the clubs agreed a package of €80m plus €20m in add-ons on Wednesday, according to Sky in Germany.

Havertz was in Stuttgart with Germany’s squad for their UEFA Nations League fixtures, having been an unused substitute as they drew 1-1 with Spain on Thursday night.

Chelsea’s previous club-record deal was the signing of Kepa Arrizabalaga from Athletic Bilbao for £71.6m in 2018.

Earlier this week, Leverkusen’s head coach Peter Bosz said the 21-year-old is unlikely to train for the club again as he nears a move to the Premier League.

As part of the deal, Chelsea have offered Leverkusen the chance to sign one of their summer arrivals, Sarr, on loan for the season.

“He has work to do and has things to prove because he’s only just turned 21, but he’s an outstanding talent, there’s absolutely no doubt about that. He’s in a position where he could dominate the German national team over the next decade, depending on his position,” he told the Transfer Talk podcast.

“If you look at the unique combination he has of technical ability and eye for a pass, but also having the ability to score and create goals himself, and his runs to be good in the air, I think the best way to sum it up is that he’s a cross between Mesut Ozil and Michael Ballack.”

In conversation with Kai Havertz’s former coach, Adam Bate traces the player’s journey from his breakthrough season to the superstar of today, identifying the qualities that make him so special.

Gerrard: Fantastic time to be at Rangers

U20 Afcon: ‘Instinct tells me we are bringing the trophy home’ – Uganda’s Kakooza