Gervonta Davis is changing things up ahead of his fight versus Leo Santa Cruz on Oct. 24 on Showtime pay per view.

For this encounter, Davis (23-0, 22 KOs) has moved camp to Las Vegas and is training under the watchful eye of Floyd Mayweather Jr., his promoter and confidant. He also extended camp from eight weeks to three months. Davis’ longtime head trainer Calvin Ford is still in the Baltimore-based fighter’s corner, but Mayweather Jr. has had more of a growing presence in recent weeks.

“I have to prepare as much as I can because I know Leo will bring a lot to the table. I want to be prepared for Leo when that time comes,” Davis told the Last Stand Podcast with Brian Custer. “There are some things I can do with Floyd, and some things I know I can’t because we are different fighters … While I’m sparring, and if I don’t get it he’ll get in there and spar and show me what he’s talking about. He’s actually been a big help in this camp. To be honest, he’s been hands-on more than my coach at this point. He’s been watching Leo [Santa Cruz] and telling me what he likes to do.” 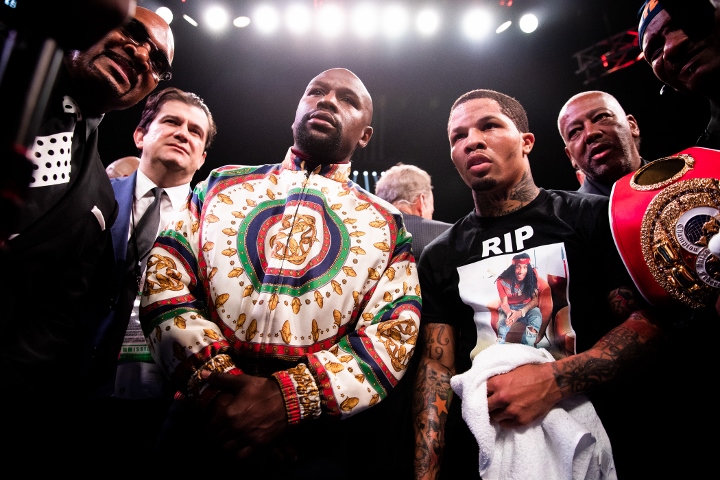 Following the death of his uncle and trainer Roger Mayweather, Floyd has incredibly been spending more time in his Las Vegas-based gym in recent months training the next generation of fighters, including Devin Haney, a rival of Davis.

Mayweather Jr. is instilling more discipline with Davis, including such simple notions of running more and better conditioning so that he doesn’t have to shed too much excess weight during fight week.

Davis has had known issues with the scales in previous bouts, so he’s doing everything in his power to escape any unnecessary setbacks in what is the biggest fight of his career to date against Santa Cruz (23-0, 22 KOs).

Davis had trouble making weight in his last fight against Yuriorkis Gamboa, which was contested at 135 pounds. The fight against Santa Cruz is contracted to take place at 130.

Houston to retire Harden’s No 13 jersey