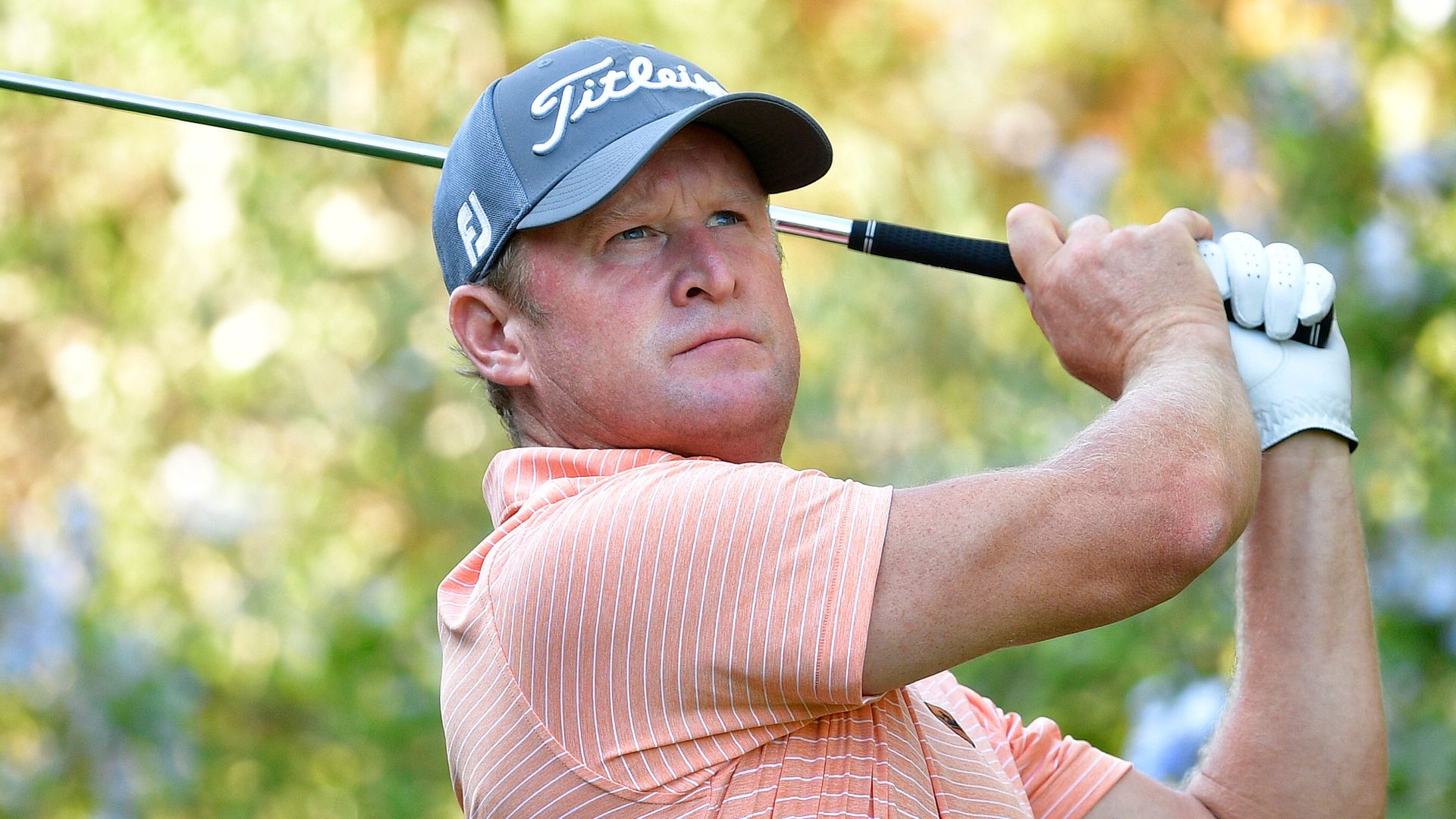 Former Ryder Cup star Jamie Donaldson is one of only four players under par at the halfway stage of the Estrella Damm NA Andalucía Masters in Spain.

Although the wind speeds were down from the first day, Valderrama continued to provide the toughest test on the European Tour, with any player on eight over par or better doing enough to make the halfway cut.

John Catlin was the last player to tee off in the second round, and the American will again be in Saturday’s final group after he birdied two of the last three holes in fading light to card a 70 and open up a two-stroke lead on three under.

Catlin, who hit the headlines when he was withdrawn from the English Championship last month for breaching the Tour’s coronavirus protocols, will again hit the final tee shot in round three after Donaldson and Connor Syme have struck their opening blows, while Pablo Larrazabal is the only other man to complete 36 holes in red numbers.

Donaldson, who scored the winning point for Europe in their 2014 Ryder Cup victory at Gleneagles, consolidated his bid for a first victory in almost five years after he fired an excellent 69, which included three consecutive birdies around the turn and another at 17, although he dropped his third shot of the day at the last.

“I’m very pleased,” said the Welshman. “It’s a battle out there on the best of days, even when there’s no wind blowing here it’s still difficult. It was blowing 30mph yesterday and probably 20mph today. You’ve got to be very patient out there, but I’m happy with the position I’m in.

“The short game gets a test here because you’re not going to hit many greens when it’s so blowy. A good up and down on 15, and 17 I made a great shot in; it just went further than we thought. It was a good up and down from there.

“You have to play to the conditions and shoot as low as you can when you get chances. It is tough but if you keep the ball in play off the tee you’ve got holes to make birdies on out there. You’ve got to keep it on the short grass and it’s a lot easier from there.”

Syme mixed five bogeys with four birdies in a 72, while Larrazabal got to three under with birdies at 11 and 13 before the Spaniard bogeyed the 14th and final holes in a disappointing finish to his 70.

Big-hitting South African Wilco Nienaber, who got a late call-up to the field at Hanbury Manor when Catlin left the Tour’s strict bubble and visited a local restaurant on the eve of the English Championship, was also three under midway through his second round.

Nienaber made a brilliant eagle-two at the 10th and looked destined for the outright lead, but he bogeyed three of the last five holes and also settled for a 70 to close on level par.

Martin Kaymer is again well placed to challenge for his first win since the 2014 US Open following a pair of steady 72s, while world No 30 Bernd Wiesberger, the highest-ranked player in the field this week, carded a 71 to stay at four over.