Former WBC middleweight world champion Julio Cesar Chavez Jr. has shown displayed physical condition, rhythm, endurance, speed and power, in his training camp in Las Vegas, ahead of his commitment on Friday, September 25, against undefeated contender Mario Cázarez, in a closed-door function to be held at the Grand Hotel Tijuana.

The function will be headlined by the four round exhibition featuring two Mexican boxing legends. One is considered by many as the best Mexican boxer in history, Julio César Chávez, and he will face the only Mexican who has been world champion in five divisions, Jorge “Travieso” Arce.

Chávez Jr (51-4-1, 33 KO’s) and Cázarez (12-0, 6 KO’s) will collide over ten rounds at light heavyweight, as part of a charity event in which the prevention and health protocols are regulated by the authorities of the health sector, as well as the Tijuana Boxing Commission and the World Boxing Council. 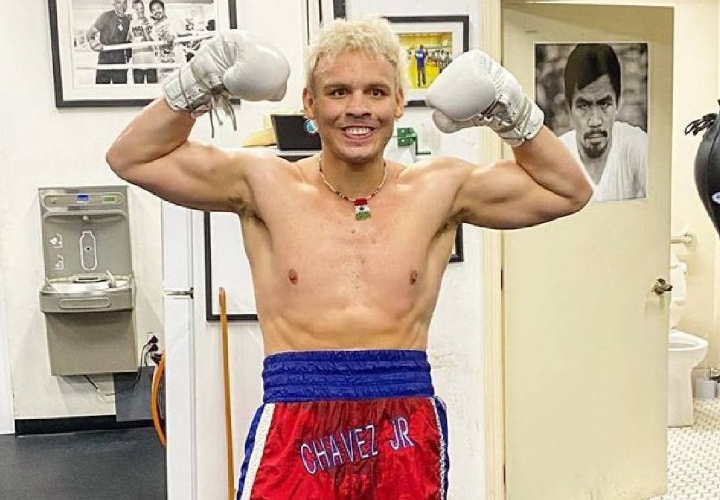 Chavez Jr. performs his training in Las Vegas under the orders of Mexican coach Jorge Capetillo, who has been in the corner of fighters like Tyson Fury, Jorge Linares, Yordenis Ugas and Jessie Magdaleno.

Chávez appears to be in great physical condition, and he has taken this commitment with real seriousness and responsibility, as he wants to fight for a world championship in the short term.

¨I have been preparing for months, it is my great opportunity to relaunch my career, Cázares is a hungry guy looking for victory and he knows everything that n a victory would bring, but it will not happen. I will knock him out and show him that there are levels, it will be a great fight. The two of us were always go to fighter each other and it will be an exciting fight from the first round,” Chavez Jr. said.

The function on September 25 will be a big boost for many, since young people with addiction problems will receive scholarships so that they can be rehabilitated in the Baja del Sol Clinics, in addition to homes being built for homeless families in Hermosillo.