According to former IBF welterweight champion Kell Brook, a deal is getting close to reality for a showdown with Terence Crawford, who holds the WBO world title at 147-pounds.

The fight is being discussed for a date in November in Las Vegas.

Brook has been fighting as of late in the junior middleweight division – but he’s willing to drop back to 147 for a fight with Crawford. 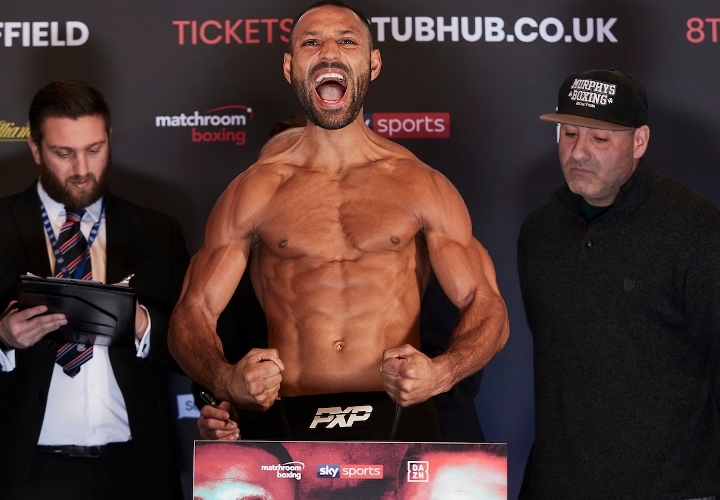 Brook won the IBF world title when he defeated Shawn Porter on a close points win.

He would lose the belt in 2017 when he suffered a stoppage loss at the hands of Errol Spence.

The Sheffield boxer was in action back in February when he knocked out Mark DeLuca.

“Talks are progressing and we feel like we are edging closer,” Brook told Sky Sports. “My team have been in regular dialogue with Bob Arum. He assures us that both him and Crawford are bang up for it, so hopefully we can get it over the line and give the fight fans something to get excited about and to close 2020 in style.

“Crawford is the champ so rightfully they want the fight stateside, Vegas has been discussed. It suits me though. I have always wanted to fight in Las Vegas – the bright lights of ‘Sin City’. I’ve dethroned a welterweight American world champion in his own back yard before – I look forward to doing it again. Date wise Bob Arum is looking at mid-November so tell Sky Sports to get the sparklers ready, because I’ll be bringing the fans fireworks!”

Brook feels confident – although he will be a tremendous underdog against Crawford.

He aims to land that big right – which he calls the ‘chocolate brownie’ – with the belief that Crawford will go down.

“He’s an elite level fighter but he’s never been in with anyone as strong, powerful quick and with the timing I possess. I think he knows that too. Nobody at 147 can take that right hand from me when it lands flush! Tyson Fury’s wins overseas were huge for British boxing in the recent era,” Brook said.

“Terence is a world-class operator, in his prime and in many people’s eyes the pound for pound No 1 in the world. When I dethrone him, yes, I believe you’d have to say it is right up there amongst the biggest victories for British boxing.”